The Fans You’ll Meet In…

Heaven? Hell? Nah, just referring to the various archetypes of K-pop fans that we tend to meet in various points of our K-pop lives, whether in the form of online discussion, YouTube video comments, fan meets or concerts.

Below are a few examples of the stereotypical behaviour seen in K-pop, which is probably exacerbated by the fact most of them operate under a cloak of anonymity afforded by the Internet, or by the fact they are only seen at mass fan gatherings.

Catchphrase: I am a fan of (insert established act). What is the their fan club name?

While it is admirable that many are willing to give K-pop a chance on their music players, there are those who openly declare themselves fans of the first act they hear, and then promptly proceed to flaunt their interests in the form of asking basic online questions on the group, like fan colours and number of members to great ridicule, or making ridiculously mundane observations (below).

The interest, even fleeting is quite worthy, but to be so openly dumb and unbothered about researching up a new favourite is plain

Also said nouveau fan would usually be very disinterested in discovering newer or more developed acts, preferring to stick with the known acts, never mind that they may not always please.

A good analogy to this situation would be a guy who walks in to buy something without any research, and promptly picks the first object that catches his fancy, never mind anything else.

Thankfully, this situation is pretty easy to cure with time. After a while, those that choose to continue enjoying K-pop always prefer to research and discover new acts, broadening their enjoyment.
The “artistic integrity” snob

Catchphrase: I only enjoy K-Indie acts. They are way better than the populist, low brow stuff most enjoy.

On the other extreme are those who are extremely dismissive of anything that claims to be for the mainstream, or courting sales figures, or which can be pegged into a popular genre. They are also extremely proud of how they can lay claim to discovering acts “way before they got real famous and sell out” as well as constantly seeking out new and bold crossover genres such as “trip hop meets house meets rap” (no I made this up!)

While their efforts to bring the truly new and different to the forefront is very respectable, as well as their making an effort to raise the standards of K-pop (which at times is laughable), music should not really be pre-rated based on who it seeks to appeal to, as 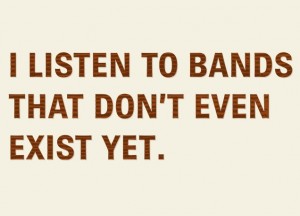 well as the people behind it.

Instead, there should be an effort to view and appreciate songs for what they bring in terms of personal enjoyment, as well as enjoying the craft that went into making a song flow, instead of purely dismissing it as “pop”.

Just as there can be genuine gems in the realm of K-pop, there can also be some surprising shockers in K-indie. How many of us have discovered new acts that promised something new, only to find that they were not all that they were made out to be, or simply disappointing in that album? Besides, there are some ideas that just died or were never accepted in the mainstream realm because they were just, for want of a better phrase… too way out.

On another note, to dismiss an act because it got famous is plainly ridiculous. Isn’t it good to have an act sell, as proof of their increase appeal, and that more are on to a good thing?

Catchphrase: “Let’s go for 2 million views by the end of this week to show our love!”

With words of power that appeal straight at the heart of fans, the keyboard militant is seemingly able to canvass massive amounts

of support for the act that they love, or simply express the endless desire and affection for his/her favourite member.

While the views/votes canvassing certainly help to make a statement to fellow K-pop observers on the strength of the fanbase, as well as showing the world your group has truly arrived on the world stage, this has certainly got to rank as gerrymandering of the highest order.

Sure, the video may have gotten the said number in a week, but when a good portion of it were made up of fans re-watching the same thing on the family PC, the personal laptop, the tablet, the mobile phone, clearing the cookies when done, and then repeating the process.

The same applies to those polls that call on fans to vote for their favourites. While the original intent of such polls tend to be purely to determine from neutrals the best in any discipline, it usually becomes a race to the bottom in terms of canvassing once the first hyper-fandom sniffs it out. 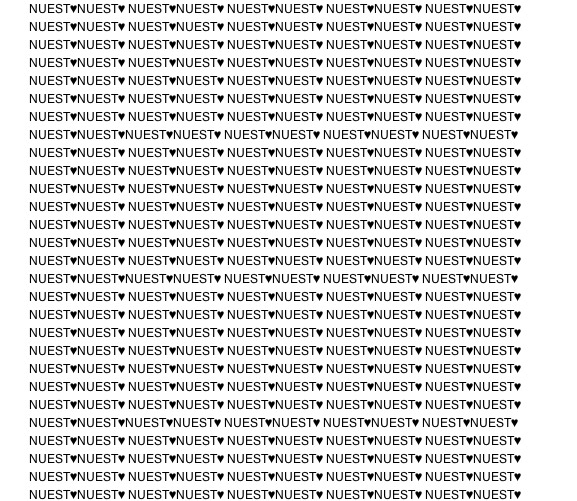 One word: Puh-leeeeesseeee. Said idol has certainly experienced more profound and meaningful expressions of fan support. Not to mention that comment totally wrecked the experience of the video viewer or comment board trawler who was just passing.

Catchphrase: My opparr/gurl is permanently flawless and if you are criticising then you should (insert derogatory term here) and just bask in the glory, cause you are so not perfect!

While it is true that viewers are not exactly perfect or capable of doing a performance for audiences, we do not exactly claim to be able of doing so. The point is that if someone claims to be an entertainer, then viewers or listeners would judge by the standards expected of an entertainer, in the same way we judge our doctors for being able to treat our ailments or our mechanics for being able to fix things that break.

So if one reads comments on said idol being slightly weak vocally or just unable to emote while acting, it’s worth noting they are from audiences who view them not as idols, but more of as entertainers paid to perform and put up a show of reasonable standards.

By that same token, that also applies to idol behaviours as well as misdemeanours. It is not always a given that they be perfect and all smiley to fans, as well as be kind to all around, but at the same time, as a public face of sorts, as well as one viewed by the public, again minimum standards in terms of behaviour and courtesy are pretty much expected.

Summing up, while magnifying every flaw and subjecting idols to intense public scrutiny is not ideal, glorifying common courtesy and covering up for inadequate performances is not the way to go either. A good analogy would be a relationship between a parent and his/her children. Praise where it is due and support for anything positive, but honest criticism and fair comment where it matters.

Catchphrase: I have travelled great distances to see (Popular act that tours regularly). With my wide connections and ability to sniff out news, I provide the best updates on events.

A spin off the legendary mobile warrior, the mobile concert warrior can be seen at any concert featuring a known act, complete with the essentials. The laptop to upload content, the mobile phone usually providing a data connection and ability to tweet while in the venue, the medium to high-end DSLR in the bag, complete with an arsenal of telephoto lenses for capturing the idol at concert, in all his shining glory. A common photo theme is usually the idol looking straight at the camera, or being really good looking in the photo. Or just an interesting idol behaviour.

Seasoned goers can be identified by further props, like mini-ladders to scale higher locations for even better shots, or multiple hard disks for future shots, as well as a collection of past glories to show to fellow concert goers. Below is a typical exchange:

A: That is a very fine angle you took the photo from. Now it’s as if the light is shining on him, making him look like an angel. 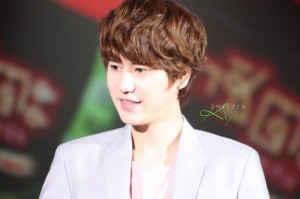 B: Thank you. It was so hard to take that photo under security’s scrutiny. I just kept snapping and hoping for the best. Wait, you should see this shot, where she totally looked into my camera.

A: OH MY GOD!! Her eyes are so beautiful. I am going to die from the spazzing!! (goes into utter fanboy/fangirl mode and screams at photo)

While such efforts to bring high quality concert photography to fans, without the attendant costs is admirable, and much appreciated by those not present, it must be said that the dedication to this does bother on the obsessive.

Besides, as fellow scribe Dana said in another article, surely the whole point of going to a concert is the experience of seeing an act upfront as well as enjoying the music, rather than trying to watch the concert through the viewfinder or LCD monitor, fretting about missing perfect shots or worse still, trying not to get kicked out by security for unauthorised photography.

Not too mention the cost of getting all those top quality equipment and getting to the locations where they perform. The cost is usually increased where air travel or long distance commuting to see the concert is involved. And in most of these cases, it’s usually not just a one off, rather more of a constant need to follow the acts wherever they go.

While it’s all fine and dandy if they earned their own keep and spent from there, it becomes more of an issue if the fan used parental allowances heavily, or had to make concessions in daily life to raise the money for attending events, then it reaches a slightly uncomfortable point where the hobby rules the fan’s behaviour. 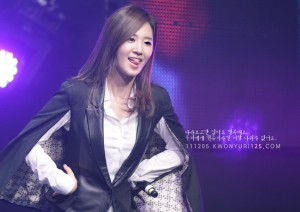 While some of these photo-takers operate alone, there are some who are known to be acting on behalf of fans. A good example of this would be the stronger SNSD fanbases, who frequently have senior members fly to varied overseas performances to provide “photo coverage” of said event, and then professionally package the photos to sell as photobooks for fans who are not there.

This creates a very interesting paradox where fans ironically support others going to concerts, by paying for phantom experiences and deny themselves the chance. While this is understandable in far flung places where artistes never go, this is a situation that plays out in South East Asia, where acts frequently tour.

Granted, some of these obsessive behaviours might be just outliers in largely mature and controlled fandoms, but then again, their frequency means they at times end up defining K-pop fandom, and what it stands for.