Aiming for Perfection with 2012 Comebacks 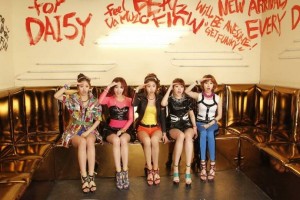 Expectations seem higher than ever for the comebacks of veteran idol groups as we finally passed the midway point of 2012. Music videos are flashier than ever, albums sound the slickest they’ve ever been, and outfits and hairstyles seem downright outrageous as the fight to become one of the top dogs in K-pop becomes more ferocious than before. Comebacks are perhaps one of the most fun aspects of K-pop, because us, as fans, never know what we’re going to get. We could be pleasantly surprised by an underdog group producing one of the best hip hop albums we’ve heard all year, or we could be sadly disappointed by a favorite group flopping at the charts with a mediocre single that feels recycled. Either way, I’ve seen some of the best comebacks in K-pop ever during the first half of 2012, as well as some that made me wince in pain. 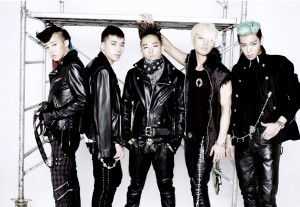 One of the strongest comebacks of the year for me was definitely Big Bang‘s Alive. Even though I’ve been disappointed by Big Bang comebacks before (“Tonight” was not my jam), “Blue” and “Bad Boy” really made the mini-album for me, as well as Daesung‘s solo track. “Monster” was one of my favorites as well, despite all the fuss about the strange music video. After years of experience on the K-pop scene, Big Bang has established a signature sound that can be distinctly picked up in every single one of their songs, yet there is little to no repetitiveness despite that fact. It has allowed them to experiment with all different genres of music, and master the art of really winning fans over with their songs and not just their faces. Big Bang also has a great quality that allows the members to split off in different directions and accomplish individual activities (such as acting for T.O.P and producing for the rest of YG Entertainment‘s artists for G-Dragon), but at the end of the day, it’s still easy to tell that they have the “group” factor. Each member plays a pivotal role in making Big Bang as popular as they are today, and from their most recent material, it’s easy to tell that they are definitely still at the top of their game after a rough year. It’s going to take more than a few anti-fans to knock this group down. 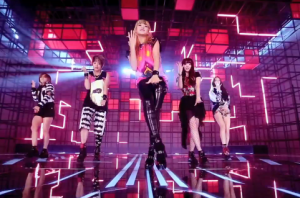 Although SM Entertainment has been quite busy this year with the debut of their newest group, a comeback from SHINee and Super Junior, and trolling us fans with teaser images, I was glad to see that they gave f(x) a really great comeback. f(x) has always been one of my favorite SM groups and I constantly thought of them and SHINee as “neglected” in comparison with the bigger groups, such as Super Junior and SNSD. However, Electric Shock was a terrific mini-album and showcased the funky, rave-esque style of f(x) combined with the typical catchy SM hooks. The girls stormed music shows and strutted their stuff during live performances, impressing with their fashion and charisma. I don’t know about everyone else, but “Electric Shock” totally sold me on the girls.

Perhaps the award for “Most Anticipated Comeback of the Year” goes to Shinhwa, a group that has been together for over fourteen years. The members had all taken three years off to complete their mandatory military service, but instead of disbanding as a group, which is typically what happens after military service, they came back together and released “Venus,” a fun electropop track that showed up all the younger groups. They followed that up with a huge concert in Korea, as well as subsequent ones held in China, Taiwan, Japan, and Singapore. While I think they could have had a better song (and album, honestly) for their comeback, their performances really stole the show. As seasoned artists, Shinhwa really knows how to sell themselves in front of the fans and brought a lot of personality and the “wow” factor that newer artists don’t have to all of their performances. What I find really impressive is how Shinhwa still has the youthful energy present in their earlier songs, even though they’re embracing a more mature style now.

As controversial as their comeback was to a lot of fans, Infinite delivered this year with “The Chaser” and Infinitize, their latest album after Paradise. Many fans complained that Infinite was recycling their signature sound so much that all their songs were starting to sound the same, but we also have to give them credit for including more styles on their plate. Many of the members had also taken on more vocal responsibilities (I’m looking at you, Sungjong) to pleasant results. I also really enjoy Infinite’s performances of “Only Tears,” because it shows that the group really does have vocal talent in comparison with many of the boy dance groups out right now. Also Myungsoo looks absolutely adorable with a guitar on his lap — now if only he would play it more. Even though Infinitize isn’t one of my favorite albums by Infinite, and “The Chaser” isn’t my favorite comeback song by them, Infinite is still one of the most promising groups out there as they continue to deliver solid material comeback after comeback. 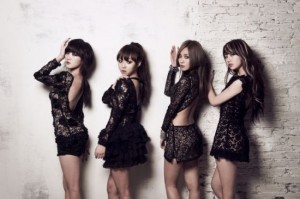 However, with the good comes the bad. A widely-anticipated comeback was that of Miss A‘s, and sadly, they disappointed many fans. It wasn’t that their concept was bad (the Gothic costumes looked gorgeous on the girls), or that the music video didn’t make any sense at all, but all of their music was just not something you would want to jam out to. “Touch” was perhaps the weakest track I’ve heard yet from the group, and now that JYP Entertainment is finally breaking out of his funk with sad songs, I’m hoping that Miss A will receive some upbeat material they can work with. And if I can’t get upbeat, I would at least like something sassy like “Bad Girl Good Girl” or “Goodbye Baby.” While the group focuses on their Chinese activities for now, it would certainly benefit them if JYP sat down and considered giving them some music like those songs that they’ve had in the past for their next comeback, or they might fade into the background after a promising debut.

The year is only halfway over and we’ve already seen both awesome and terrible comebacks. Needless to see, I’m going to be keeping my eyes open for some action by my favorite artists — namely Beast, who is making a comeback this month!