Charmed by Sunny Hill's "Is the White Horse Coming?" 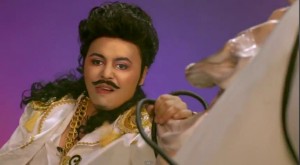 How many times have we heard the fairy tales? Ones where the Prince Charming will come in to save the day and steal your heart, all while gallivanting around on a white horse? It’s a common aspect of my childhood, which was filled with hours of Disney movies featuring the famous archetype. Sunny Hill parodies this archetype with their song “Is the White Horse Coming?” (also known by the title “Princess and Prince Charming”) a tongue-in-cheek satire of the business like nature of marriage and dating that their generation is experiencing.

When the teaser was first released, colleague Gaya and I had a minor episodic freak out. We thought that the man on the white horse was Vishnu’s tenth incarnation, Kalki, descending upon the world during its end of times.  Though the song turned out to not be about the end of times and Hinduism, I wasn’t disappointed.  Sunny Hill has established themselves in K-pop as a group that goes further than the mindless-eye-candy-syndrome the majority of K-pop seems to be afflicted with and they stayed true to their nature in this music video.

Visual and Aesthetic Technique: 4 out of 5 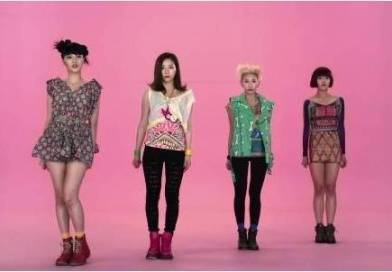 “Is the White Horse Coming?” is a quirky and upbeat song. The bold colors in the music video complement the nature of the song. The video gave off a whimsical feel with the scenes of bright backgrounds and bright hues. To add to the fantastical mood in comes a man dressed in what looks like a matador riding on a white horse, his white attire and horse contrasting with the colored smoke behind him.

The beginning of the MV had clean shots with structured forms and clean transitions, but as the song progressed and got more frantic, so did the video. The end gets disjointed and erratic, which fits with the flashing disco lights and shaky camera shots. The fluorescent lights which were all on and unchanging in the beginning of the video start to sporadically turn off and on further adding to the chaotic feel of the song. Sunny Hill tied the music video in well with the song; the shots of the cow, giant A, and chalkboard correlating with the lyrics and meaning of the song.

Sunny Hill are good performers and they bring the appropriate expressions and atmosphere to the song. “Pray” was a very somber and heavy song and Sunny Hill delivered that theme and message well. In ITWHC, the group gives the song a fun, playful mood with exaggerated facial expressions. Seung-ah pulled off her line “Hey, you, want to play with me for a bit?” with sultry sexiness and Kota had the most amusing expressions on her face.

Although Sunny Hill is not a dance group with exquisite dance moves, they were given choreography that flowed well with the song and they performed the dance well. The live versions were always great and entertaining to watch and I give them a 4 out of 5.

Intellectual and Emotional Appeal: 4.5 out of 5 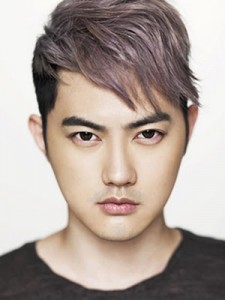 Leave it to Sunny Hill to bring something thought-provoking to the table. They bring this message in a very tongue-in-cheek manner and though the message of the song was not as aggressively preached like in “Pray” or “The Grasshopper Song” it still did a good job of creating depth. Though the song at its very core is a love song: a woman who will love a man who has been rejected because of society’s superficial standards. Of course she is chastising everyone who conforms to depth-less nature of dating in the process. The song did not broach intensely deep subjects but was a valid social commentary on Korean dating culture.

While I sorely miss the presence of Jang-hyun, I really did enjoy this whimsical and fun song Sunny Hill turned out. They did an excellent job tying in the meaning of the song with the actual music video, something that is hard to find in K-pop nowadays. While they branched out from their usual style, they still maintained the essence of the group, giving them a 4.2 out of 5 for this MV.

Leave your thoughts and comments below as I frolic around the house singing this song.