To the Wire: Thoughts as K-pop Star Wraps 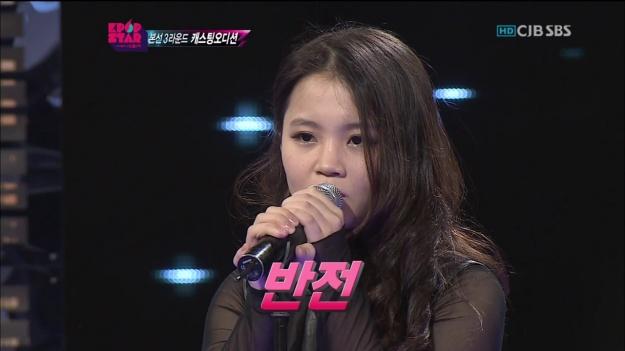 By the time this article appears, the two contestants headed for the K-pop Star finals would have been made known. To those who have followed the show, it would probably come as no surprise the final would be down to Park Ji-min and Lee Ha-yi, especially since there are many reasons for their placement.

They both enjoy considerable support from the public, seem to enthrall judges weekly with their performances, and show considerable maturity in performances despite their ages. Amusingly for avid show watchers, the finalists have also become friendly competitors who acknowledge each others’ strengths.

Despite their similarities in many ways, they appeal to me in very different ways.

The first time Lee Ha-yi caught my eye was from the first few auditions. It just seemed interesting that beneath a reserved demeanour lied a very charming and unique voice, the kind which mainstream pop in Korea has not really had in years. Another thing which really attracted my attention was how she was able to overcome some of her perceived weaknesses through her improvisational skills.

A good example would have to be her “Mercy” performance. Despite not hitting the absolute high notes that Ji-min does, Ha-yi still managed to create an involving performance by in many ways varying the tempo and tone of the song.

The third thing that really makes her a very engaging contestant to watch is how she seems to try varying genres of songs that push her every week. While not all of her covers have exactly gotten her the highest marks during the competition, some have been refreshing takes on familiar songs, and have grown on me with repeated listens. Put together all of her strengths, and magic happens.

If there was one slight drawback to her, it would be her reserved personality, which is a bit of an anti-thesis to the larger-than-life personas commonly seen in K-pop. But then again, as long as her reservedness does not show on stage I am not too bothered. Also, that straight, terse personality could also be in some ways part of her charm to her fans. 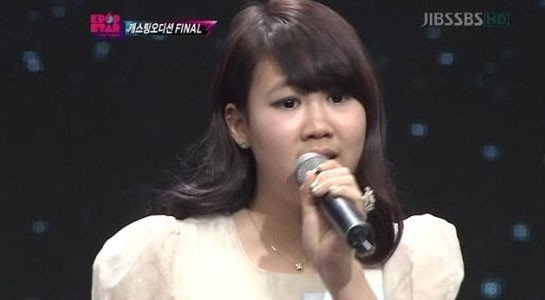 Park Ji-min, on the other hand, I have to confess that I’m not one of the few who was instantly charmed by her “Rolling In The Deep” cover. However, most good things, once understood, can be quite brilliant.

The most interesting thing for me was how she copes with high notes with poise and almost without stress. It was most apparent during the later qualification stages, where different contestants aimed for a shot at the top 10.

Where decent, but lesser singers faltered at high notes, thus sapping away at the song’s strength, Ji-min just seemed to be able to scale those high notes and give the songs needed impact, wowing the judges in the process. Proof of her craft could be seen below.

Another strength that made me keen to follow her through the show was her remarkable consistency every week and how rarely she seemed to trip up or make major mistakes.

If I were to levy criticism for Park Ji-min, it would be how she plays it safe every week, picking songs that work very well for her and not being too keen to explore varied genres. However, it would be unfair to infer that due to that, she is just a one-note powerhouse vocalist. In up-tempo song performances, like her rendition of Jaurim’s “Hey Hey Hey”, she did display a fair amount of verve in her performance.

As it stands, both finalists are pretty evenly matched in terms of talent and fan support, so it would be interesting to see how the finals shape up.

A final note about the show itself: while these two vocal powerhouses may have emerged as the last ones standing, there were certainly other performers who impressed through the course of the show. From Lee Seung-hoon who thrilled with his creativity and artistic vision, to Baek Ah-yeon who had an esoteric charm of her own, including Michelle Lee’s infallibly stable vocals, and the handsome guitarist who was more than just looks, Park Jae-hyung, talent was definitely on show.

I sincerely hoped that the Big 3 would make good on their talk that they would consider signing on or debuting a few of these acts, or that some smaller companies that might fit them better musically could work with them. After all, most of them served as a breath of fresh air to the K-pop scene, and are probably too good to just fade back into obscurity.

Park Jin-young told some of the good contestants who left too early, “We hope to meet again someday,” and that echoed my sentiments on the show. Show, it was nice knowing you, and thanks for serving as weekly entertainment and aural enjoyment, as well as good discussion with the family.