From East to West: Korean Actors in Hollywood 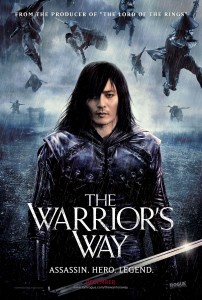 Lately, the impact of the Hallyu in the West seems to be measured according to the success of K-pop: will the Wonder Girls finally make it big in the US? Is the appearance of SNSD on David Letterman’s show a big step for Hallyu? But sometimes it’s good to remember that there’s something else in the Hallyu besides K-pop, and that even before most of the now active K-pop groups even debuted, Korean actors were already trying to make their way to Hollywood.

Korean film started to gain international recognition in the beginning of the 2000s, and it was only natural that Korean film stars used this fact to try to get into Hollywood. Korean actors didn’t make their acts until the late 2000s, however, so there’s not much perspective when talking about them being typecasted or how big they can eventually make it in Hollywood. There is however a precedent that can be used to guess what could probably happen with Korean actors in some years: take Hong Kong actors and their impact in Hollywood during the 1990s, specifically someone like Chow Yun Fat.

Chow Yun Fat was an action film star in Hong Kong when Hong Kong action movies were at their best, so he made his ‘debut’ in Hollywood through action movies. Before becoming an action star and heading to Hollywood, Chow had however made a good amount of comedies and romantic dramas and had good reputation as an actor. But his Hollywood debut was something different; his first two movies, The Replacement Killers (1998) and The Corrupter (1999) were more like attempts of translating Hong Kong action movies to the US audience and were…let’s say not as successful as expected. After that, Chow’s roles in Hollywood were reduced to a series of stereotypical Asian characters of all kinds, from Tibetan monks to Chinese pirates (and then we have Dragon Ball, of course). And when’s the last time you saw Chow in a major film lately? 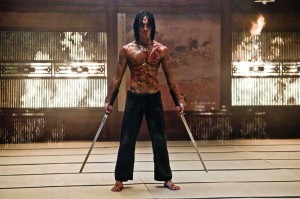 Korean cases are not quite the same, because Rain‘s Ninja Assassin and Lee Byun-hun‘s G.I. Joe did fairly well in the box office (not so much Jang Dong-gun‘s The Warrior’s Way, though). Maybe Hollywood learned from previous experiences that it was easier to put a foreign actor into the Hollywood system than trying to reproduce his context, or maybe the case is different because the actors themselves are different.

But taking a look at the Korean actors’ roles themselves, they don’t seem to differ too much from Chow’s last roles. Casting Asians in a Hollywood movie is incredibly formulaic. Take an Asian superstar, good-looking, no need for him to be a martial arts expert because that’s what stunts are for, write the typical action movie script, now turn all the main characters into ninjas, add a known western actor somewhere (Geoffrey Rush will do!), and call it something like Ninja Assassin.

If the title is graphic enough and the trailer violent enough, you can draw all the action fans to the cinema without the need of a star. And you will also draw a huge amount of people from somewhere on the other side of the globe because, well, the random Asian guy you hired is a superstar there. They could easily hire an Asian American for the same role, but if you hire an actor who is already a star somewhere, you are pretty much securing a good box office record there. Korean actors, as Hong Kong actors before, are not only famous in Korea: they have a huge impact in other Asian countries, especially in South East Asia.

But do I see Korean actors getting offered a wider range of roles or basically roles that don’t necessarily imply Asian stereotypes? Honestly, I don’t. It sadly didn’t happen with Chow Yun Fat, and I hardly see it happening with Lee Byung-hun. 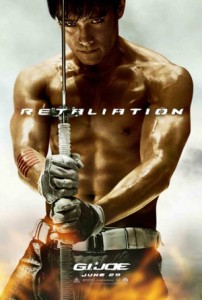 There is also the question of whether this intrusion in Hollywood will somehow lead Hallyu in the West. Let me be negative once again and point that Rain has actually played Japanese characters in the two Hollywood movies he has done so far; Ninja Assassin had a mixture of Korean, American, Japanese, Chinese and Vietnamese actors, all of them playing Japanese. Jang Dong-gun’s character in The Warrior’s Way goes by the name of Yang, which in my opinion is one of those names writers give to Asian characters when they don’t really want to define their origin (Chinese? Korean? Are those ninjas?).

Do Korean actors always have to play Korean characters? Of course not. But in terms of expanding Hallyu in the West, Korean actors playing stereotypical Asian roles doesn’t seem to me as such a big impulse. Korea is still relatively unknown as a cultural exporter in the West as compared to countries such as China and Japan, so when a western spectator watches a movie like Ninja Assasin, will it ever cross his or her mind that the main actor is Korean? Probably not. And let’s face it, most of them won’t Google Rain’s name after watching it. It still means Korean representation in a large cultural center like Hollywood, but I’m not sure it will be able to connect to other aspects of Hallyu.

Recently, however, an individual poster of Lee Byung-hun’s character in G.I. Joe 2 was released, and this time you can really see his face there (and more than that, actually). And when you go into the movie’s official website, the right upper corner reads literally “Byung-hun Lee with Bruce Willis and Dwayne Johnson.” If this is not a signal, then I don’t know what it is.

Now I can only pray for Lee Byun-hun’s Hollywood career. May your next role not be a ninja killer.