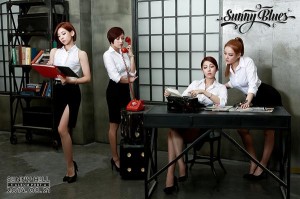 If aliens tried to understand human life based on nothing but pop music, they would likely come to the conclusion that we as a species do nothing but fall in love. And as one grows up, this becomes more and more frustrating. Love is all you need right up until your rent’s due, people. Most of us are not taking chances and chasing our dream; we’re working 9-to-5s we hate in order to pay the bills. But there are a few that speak for the working adult, and that’s what we’re looking at today.

“Monday Blues” by Sunny Hill is the survival song for white-collar workers the world over. It is “Working for the Weekend” with a dash of sexy and a lot less patience. Sunny Hill are counting the minutes until they’re done for the day, ready to be free of the workplace shackles. Except it’s Monday, so the week’s barely started. Yet that doesn’t stop them from deciding to go out and party anyway, before building back up to Friday and the freedom of the weekend. It doesn’t matter if the work week’s just started or just ended; being away from there is all that counts.

A heart pounding Monday evening
10 minutes before work ends (no more blues)
It’s a party time
Worry about tomorrow,
Tomorrow
How about you?

Time keeps speeding up whenever Friday comes
Faster than a bullet, faster speed
Just ignore everything and pretend to be crazy for a day
We’re strangers to each other anyway

The cheeky refrain of how about you shifts its’ meaning as “Monday Blues” goes on, acting as a barometer for how stressed Sunny Hill is about work. When it first appears, it’s a harmless inquiry about work status: “It’s 6 o’clock and I have to work more; how about you?”. As the week goes on and work keeps sucking Sunny Hill’s souls out, it transforms into a desperate pick-up line as they search for a hook-up to cope with their jobs: “We’re strangers to each other anyway. How about you?”. 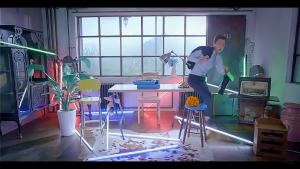 Of course, if we don’t like work, why do we torture ourselves like this? Because paychecks are our friend; a mindset that is rather hilariously demonstrated in Beast’s “Gotta Go To Work”. Starting off like any other love song, Beast details how much they love their girlfriend, and are willing to blow off their friends and family for her. . .  but not their job.

Gotta go to work, I’m so busy
So much work that built up
I always want to treat you to delicious food
And give you good things,
please know my heart

Rather than taking the typical entertainment route of blowing off their job in favor of blowing their girlfriend’s mind, Beast does the adult thing and heads out the door. Their girlfriend will (hopefully) still be there when they get back, and the bills aren’t going to pay themselves. In fact, they need to earn money so they can treat their girlfriend to expensive meals and buy her nice things. It’s a hilarious ode to responsible choices that nevertheless rings true for everyone at one point or another.

And after all that,after forcing ourselves to go to work and hating every minute there, we are not left with a lot. Rent, groceries, student loans, car payments, and phone bills eat up every paycheck practically before we get it, a state that Lip Service sympathizes with in “Too Fancy”. 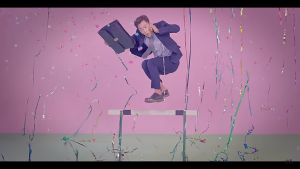 Lip Service speak to the plight of being straight-up broke. They speak to the average person, who has enough to pay the bills and buy necessities, but has to dig for spare change every time they want to stop at a drive-thru. They capture the frustration of being so broke all you can do is think about all the fun you can’t afford to have. Moreover, they take the shame out of it by admitting to having that very issue, something most musicians will never cop to.

More than love, more than a driver’s license, more than voting, more than sex, working full-time is what really marks someone as an adult, and it’s a shame that more artists don’t take the time to speak to the reality of most people. If there are any work songs you think deserve a mention, leave them in the comments!