Am I the only one strangely fascinated by the fact that hip-hop group MIB has been tapped to star in the second season of the idol-variety show, W Academy? The show takes one music group and puts them through 2 months of hilarious, yet painstaking classes gearing them up to become a top idol group both at home and abroad. Their appearance on W Academy will be the first time the boys have participated in a reality show based solely on them.

So why is this so strangely fascinating to me, you ask? Well, the first season of W Academy featured then-rookie group Boyfriend. The sweet, boy-next-door-will-you-be-my-girlfriend, Boyfriend. The guys who spent most of their time on the show dancing adorably, making me “aww” while they babysat small kids, and squealed like fangirls at the oddest of things. 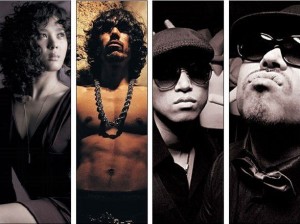 But it’s hard to believe that MIB, who debuted with their club banger “Girls Dreams Money” (although I’ll still bet all of my riches that they say “Girls Drinks Money”), will come close to matching Boyfriend’s overly-cute antics during the first season. Their image just doesn’t allow for it. MIB is signed to Tiger JK‘s Jungle Entertainment, which also houses hip-hop acts such as Yoon Mi-rae and LeeSsang. The group earned huge marks when they performed alongside The Far East Movement and will.i.am earlier this year. In regards to their participation in W Academy, the group said,

We feel burdened by taking on the reality program alone, but we think it’s a good opportunity to show the general public the personalities of MIB. We will try to appeal to you by showing you our honest selves.

This begs the question, “what is your honest self, MIB?” I tend to believe that there are certain connotations that are attached to being a hip-hop artist. At its foundation, hip-hop is the lyrical embodiment of genuine emotion. It’s the expression of pain, of poetry, and of authentic experience. This is why many hip-hop artists in K-pop exhibit an image that’s iron tough and indestructible. But is it possible for MIB to keep this hip-hop image on a show like W Academy? Or will they have to compromise that image in order to fit in with Korean television standards? The success of a music group on variety television show can be the gateway to overall success in the K-pop market. But does that mean that a hip-hop artist has to shift that image in order to gain that success?  How can MIB remain true to themselves if they must compete with groups like Boyfriend, whose adorableness won fans over last season? With a name like “Most Incredible Busters,” I think it might be hard. 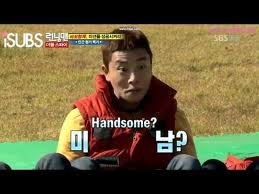 The paradox of being a hip-hop artist is that the genre is by definition not mainstream and not supposed to be embraced by everyone. So hip-hop artists that do become mainstream lose a chunk of that authentic credibility. And those who stay underground don’t get to enjoy the mainstream successes that their talents are deserving of. In terms of reality television, there are a few hip-hop artists who have managed to make the crossover from tough hip-hop image to variety veteran. The first person that comes to my mind is LeeSsang‘s Kang Gary. Having watched him on Running Man for the last year and a half, I almost forgot he was a rapper. His character on the show moons over fellow RM cast member Song Ji-hyo, rarely wins any games, is slow to catch on to things, and is the subject of many jokes. But after watching him perform at last year’s hip-hop stage at the SBS Gayo Daejun, it was as if he took on a whole new persona. He was infinitely cool and owned the stage better than most hip-hop artists I’d ever seen.

Gary’s partner in hip-hop crime, Gil, is a cast member of the variety laugh factory, Infinity Challenge, and is also able to switch back and forth between comedy and badass rapping. Dynamic Duo, while having some of the most gritty and hardcore performances I’ve had the pleasure of watching, are also a pair of the funniest variety personalities, whether the jokes come from them or are on them.

And since we’re on the subject of personalities, two of the biggest Twitter personalities, Tiger JK and Jay Park are also met with the challenge of reconciling their grittier personas with their variety images. Tiger JK is a legend in Korean hip-hop and a bricklayer for the lost trend of deep, meaningful lyrics. His tweets don’t shy away from making references to sex and offering up risqué jokes other idols wouldn’t dare to make. But despite his persona on stage and online, on television shows he carries the image of an awesome husband and proud father, constantly telling stories about his wife and son. As for Jay Park, those who follow him on Twitter know he’s not shy about dropping a few F-bombs and using as much slang as possible to get his point across. But on variety shows, he’s still the lovable, awkward Jaebum that fans first fell in love with.

So, I say all this to state that MIB’s foray into the variety industry will be an interesting one. Although their opening act to W Academy was Boyfriend, they still have the potential to bridge the gap of hip-hop and variety, proving that a young, gritty group of boys can become reality stars while staying honest to themselves. After all, they have a huge group of people on their record label who’ve already crossed that bridge.