[Spoiler Alert]: The following review will contain spoilers for episode 9 through 16 of Shut Up: Flower Boy Band. If you have not watched any of the last eight episodes or any of the episodes for that matter…STOP and go watch it.

If you have gotten to this point you have either a) already watched SUFBB in its entirety and are looking forward to my review, b)don’t care about spoilers or c) other. 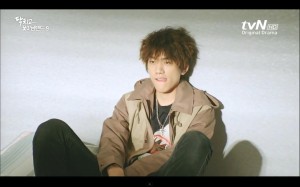 I will pick up where I left off, at the end of episode eight with Ji-hyuk (Bang Sung-joon) confessing his feelings to Su-ah (Jo Bo-ah) in an adorably awkward manner which leads us to the blossoming of young innocent love–how cute. Now back to the bromance. Eye Candy signs with HR Entertainment and starts living the idol life, which isn’t all that great (shocker). The boys burn through managers like I do chocolate, look yummy-licious in a photo shoot and Ji-hyuk butts heads with management over trying to keep with the originality and flavor of their single. Eventually the conflict gets resolved as the band is able to record “Jaywalking” in its original format and it even achieves great success.

Episode 10 had a lot of foreshadowing from Rock Kim and Shil-ba‘s warning about money and girls breaking up a band to Hyun-soo’s (Myung-soo) natural ability of being an idol. The show takes a darker turn as Su-ah faces the consequences of her relationship with Ji-hyuk, mainly by Pyo-joo’s physical harassment, which had me seething in anger. However, I do have to give props to the character for giving that mo-fo a deserved slap to the face, something I’ve wanted to do since the beginning of the drama. You go girl. I also absolutely love, love, loved Shil-ba‘s sudden turn into Eye Candy‘s manager and his secret past as a rock star drummer. As Eye Candy prepares for their live debut, Ha-jin, our pretty little play boy, starts developing a crush on label mate Ye-rim who also happens to be crushing on Hyun-soo who may or may not have feelings towards her. Whoopeee, a love triangle. Did I ever mention how much I love these? No? That’s because I don’t. I hate love triangles; in fact I hate love polygons. Love and geometry should never be mixed together it only ends in disaster; but I digress. Along with love problems galore, the boys go live on a music stage after Shil-ba drops their back track in a sink (how convenient) the wiring go faulty and the amps go haywire but the boys manage to save the performance accrediting more applause and recognition and receive a terse “good job” from  Hae-ri herself. 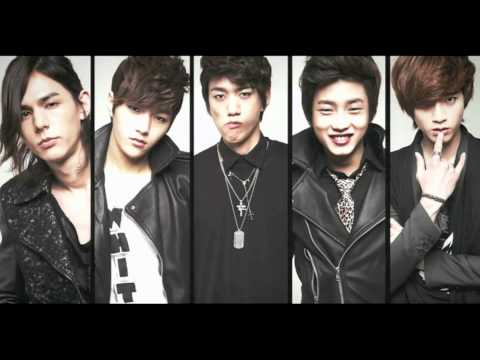 After the success of their first single, HR pushes for a second one and if that one is successful the company is willing to offer the band a full album. But here’s the catch, HR Entertainment wants to bring their own producers in. Ji-hyuk not wanting to compromise with the organic feel of the band via outside producers adamantly presses for autonomy in song writing, Hae-ri relents which leaves Ji-hyuk with a short period to write a good song to present to the company. After much moping and a visit from Rock Kim, Ji-hyuk realizes that he needs his members, that he’s not the only one in the group. They spend the night poring over the song and voila, a beautiful song is born. They present it, Hae-ri smiles, and Seung-hoon becomes producer. The boys and I were not happy at all as Seung-hoon becomes the producer from hell, nit-picking every single aspect of the song. Granted, the band itself is not the paragon of musical talent but it’s obvious that Seung-hoon is merging personal and work life. Relationship wise at this point, the love triangle of Ye-rim, Ha-jin, and Hyun-soo intensifies while Ji-hyuk finally puts his foot down and tells Woo-kyung that he’s not interested. With that out of the way Do-il (Lee Hyun-jae) and his luscious hair can finally get the girl. Eventually. 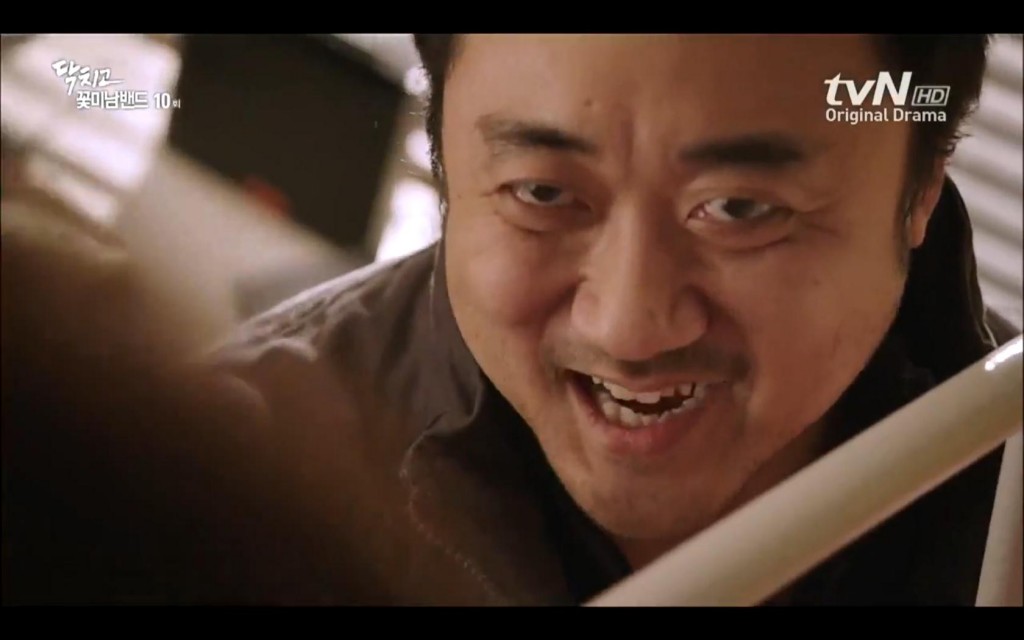 Eye Candy also is starting to crack especially with Hyun-soo‘s loyalty being put into question; it also doesn’t help that boy with beautiful hair and a gangster daddy is also being a target of the media, so the company decides to hold a press conference which not only releases the news of Eye Candy‘s second single but try and disperse gangsta-daddy rumors. But that’s all shot to hell when it is revealed that Ji-hyuk has a girlfriend. Cue overreaction of netizens. 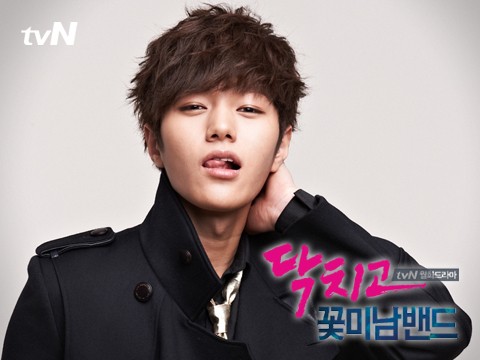 This little tid-bit leads to the eventual destruction of the band as Eye Candy is basically ruined and HR refuses to comment on this scandal. Ji-hyuk pulls out the noble idiot move and forces Hyun-soo to leave the band so that at least he will have some sort of salvageable career after this debacle. Hyun-soo’s forced abandonment of the band leads to even more fragmentation of the group, eventual disbandment, the breakup of Su-ah and Ji-hyuk, and the burning of the Ji-hyuk’s guitar. Oh my poor achy breaky heart. But don’t worry, after moping and angsting throughout half of episode 15, Shil-ba returns with the news that Eye Candy has been offered a deal with a Japanese entertainment company where they have more chance to succeed. Hyun-soo quickly leaves the HR ship and rejoins Eye Candy and the boys make up and everything’s sunshine and rainbows, until Ji-hyuk comes in with reality. He questions his friends’ willingness to commit to the band itself, aside from Hyun-soo and Ji-hyuk the rest of the band has interests in fields other than music; Ha-jin wants to become an actor, Kyu-Jong wants to start a business, and Do-il wants to do something other than a being celebrity and a gangster, which leads him to academics. Ji-hyuk realizes that and he forces them to understand that it’s okay to be selfish and look to their own future because that’s the most realistic thing to do. This leads to the finale of Shut Up: Flower Boy Band, with Ji-hyuk becoming Rock Kim’s grasshopper prodigy, Ha-jin pursuing an acting career and inspiring the Chwa in Cha Chi-soo from SUFBB’s predecessor Flower Boy Ramyun Shop, Kyu-jong becoming the next business mogul or at least on a path to it, Hyun-soo succeeding in his solo career, and Do-il becoming a nerd. It was a satisfying ending which had me in sniffles.

In fact I don’t think I’ve been this emotionally invested in a Korean drama since, well, since forever. It had me laughing, cooing at Kim Min-seok and his adorable accent, swooning (this is completely and utterly Sung Joon’s doing with Myung-soo’s smolder making a guest appearance), and crying. I cried at the end of episode 13 when both Ji-hyuk and Hyun-soo broke up and they were in tears. Seoulmates, I hadn’t cried over a T.V. show since the Master’s death in the Series 3 finale of Doctor Who and that had me bawling like a blubbering walrus–it was not a pretty sight. This scene had me with tears down my face as I screamed at my computer screen in anguish. That’s how well the drama had me, an emotionally detached cyborg, invested. 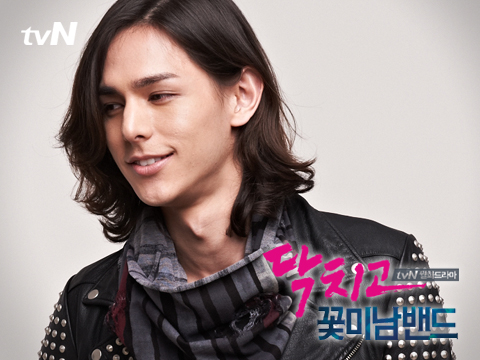 What Shut Up: Flower Boy Band did was take five average boys, boys with back-stories and real life problems–not of the psychotic chaebol mother variety–and weaved them perfectly into the story. The characters were developed nicely, with each of the major characters having their flaws and attributes. Even the supposed antagonist of the play, Seung-hoon, wasn’t hate-able. A little bland, yes, but not this evil devil from hell that I tend to see in some K-dramas. I also really liked how the romantic relationships, while they had a role in the plot and conflict, did not become the crux of the story itself. Mainly because none of the couples had good chemistry to begin with and the fact that if Myung-soo showed any sort of physical affection towards the opposite sex the Inspirits might collapse… but that’s just my theory. 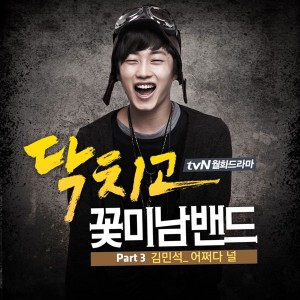 The drama also did a great job of introducing conflicts and resolving them in a realistic manner, and the dreaded deus ex machina did not make a sudden appearance in this show. Thank you, almighty K-pop gods. Unfortunately, even with the great script writing and character development I felt that some of the actors were lacking. Jo Bo-ah, I tried. I really did, I tried to like you and your acting, but you ended up just making Su-ah a one-dimensional character. Even though Su-ah, as she was written, had the potential to become this rich vibrant character–your acting had no depth and it was kind of painful to watch. Same goes to you too Lee Hyun-jae, I adore you and your locks of glory, but your acting was also… kind of bland. You sort of redeemed it by having good chemistry with your band mates and the glorious mane of yours, but next time please put a little bit more emotion into your acting?  And Myung-soo, oh Myung-soo. You know I love your smolder and smirk right? But dear lord, I’m pretty sure Hyun-soo the character has other facial expressions other than “smirk” and “smolder” and “smolder-smirk.”

Other than my gripe with the acting of several of the actors in this drama, Shut Up: Flower Boy Band was a great 16 episode run with its emotional ups and downs.  It did a fantastic job of portraying teenage angst with a dramatic flair without getting into chaebol drama-llama. I would highly recommend this show to anyone who’s up for some rock and fun, but grab some Kleenex while you’re at it. 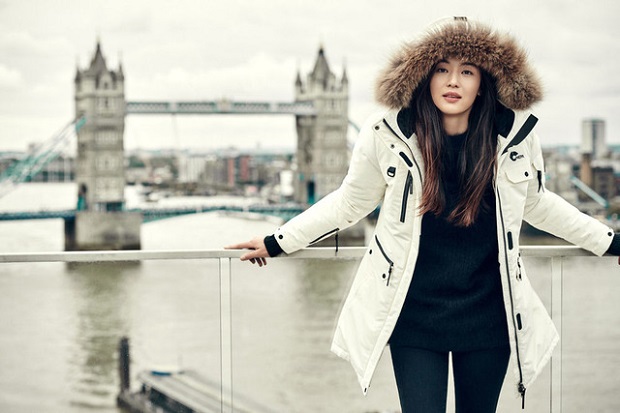