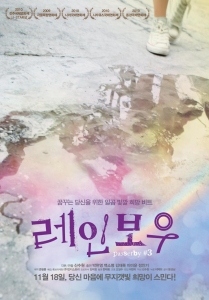 When the vanguard films of the first South Korean wave hit in the early 2000s, most of us were caught off guard, unaware that such a place like Chungmuro–a center of great filmmaking, where melodrama wasn’t a negative and voice over wasn’t a crutch–even existed. The quirkiness of My Sassy Girl, the magic realism of Il Mare, the intensity of Chingu–these were new experiences, something American and European films, which were still stuck in a cycle of vacant gun play and artless conversation films, didn’t offer.

Somewhere it went all wrong, though. Maybe it had been all wrong from the start. Maybe the sudden and intense interest allowed years of great films to float to the top all at once, to be consumed as if they all came out in a single year. But even if it were all wrong from the beginning, there was still a change somewhere between My Sassy Girl and Oldboy winning the Grand Prix at Cannes.

Shin Su-won’s Rainbow (aka Passerby #3) seems to remember a time when there was still joy left in filmmaking, but that spirit has since been exercised to near death. Rainbow offers a bleak and thoroughly depressing look at the inner workings of the popularity-or-bust film industry that once, even if briefly, thrived with a real sense of Korean identity, which has since given way to a sanitized version of itself for a globalized world.

Films, now, are made or not made by committee, and within that committee, directors are met with reams of statistics on what is likely to be commercial, and any popular whim that occurs requires the production to completely change at a moment’s notice.  More often than not, their projects are not given the green light to go ahead, which is where we find Ji-won (Park Hyun-young), a director about to turn 40 who caught the filmmaking bug a little too late in life and still hasn’t made her debut yet.

After resigning from her job to pursue her new dream, Ji-won has found little more than a brick wall to run face first into with each new project she begins. Her husband is frustrated with her lack of progress, and her son, the socially awkward Si-yeong (Baek So-myeong), is even less supportive, openly taking out every flaw in his life on his mom. I would have gotten a mouthful of lava soap if I said any of the things that Si-yeong says in the film to his mother, but Ji-won’s meek character allows it, just as it allows her to be stepped on at work, where, even after making a major artistic breakthrough, finding the voice and the kernel of a story she had been so desperately looking for for so long, she is cheered on with a smile into changing her script to better fit the marketing plan. To make it more popular. 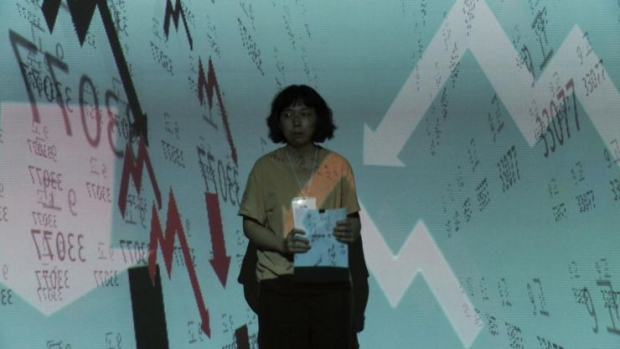 As a film, Rainbow has a tendency to oscillate back and forth between empathy with Ji-won, as she goes through her creative process trying to remember what drew her into filmmaking in the first place and trying to free her artistic wings, to a multi-layered frustration that is so deeply rooted in the film that it threatens to spoil it. Every character comes from a place of frustration: Ji-won’s frustration at seeing younger filmmakers than her begin their productions, her husband’s frustration at having to share a wife with a so-far fruitless endeavor, her son’s frustration at being a poor guitarist and the subject of senior bullying, and even her producer’s frustration at not receiving material from Ji-won that she can do anything with.

In fact, it’s a surprise that this film was even made, it’s so critical of the film industry. But it puts a voice to the frustration that I think a lot of people feel when it comes to Korean film in the last five or six years, since American studios started buying up remake rights.

The saying goes that there are two things you never want to let people see being made: laws and sausages. But the ways in which a film comes to be made–or, worse not made–is often more uncomfortable to witness. Almost every reason for a film to be made is a bad reason, and almost every reason not to make a film is a good one. But it’s a sickening truth to realize, to live in a world where this is so. Shin Su-won captures the spirit of that thought, but the underlying problem remains. Film going is a casual experience for a far greater percentage of the population, and that’s who will always get served first, but they already have the rest of us, and they know it.