YGE: Back to Business as Usual

It’s been a tough year for the YG Family hasn’t it? With anticipation built to the max for Big Bang’s long awaited comeback earlier this year, it was supposed to be smooth sailing for the company and its protégées. They were supposed to bombard the scene by releasing album after album and sweeping up awards left and right. But what was supposed to be a YG dominated year has turned into a year of trials and tribulations. 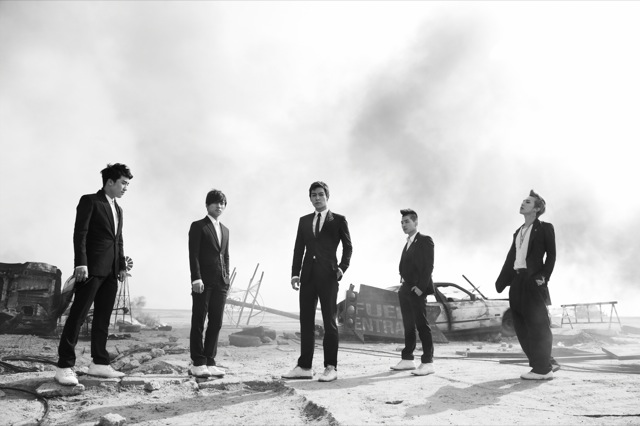 The first hardship came in the form of Big Bang’s Daesung being involved in a car accident that claimed a person’s life. This immediately led him into self reflection and seclusion from the public eye. Any hope of Daesung releasing a solo album and the group releasing a follow up album at the end of the year was squashed for 2011. With time and genuine remorse people were beginning to move past the situation, and things looked like they were going to pass over as quietly as possible with the impending release of G-Dragon’s solo project until scandal broke out once again. Just weeks before his solo release, news surfaced that GD had been involved in a marijuana case and his solo album was put on the back burner. The case also led to a halt in GD&TOP Japanese promotions.

2NE1’s venture into Japan, which had been postponed from the earlier part of the year to the fall, saw low sales and unfulfilled expectations. It also brought some backlash from some Japanese citizens claiming that 2NE1 were anti-Japanese because of suspect images in their “Hate You” MV. Word even began to spread that Park Bom had been involved with drugs, which YG decided to put a stop to early before it caused even more damage.

With the way things have gone with the big 3 these past few years, it seems like big and bad things were only bound to happen to YGE in 2011. In 2009 when SME took a big blow by losing 3/5 of DBSK, they saw the emergence of what is now the biggest and most popular girl group in Korea (SNSD).  In 2010 when JYPE took a blow by announcing that Jay Park had withdrawn from 2PM, it allowed 2AM to enter into the spotlight and gain a bigger following that would allow them to dominate the early part of the year. In the latter half of the year JYPE saw rise to what became the biggest rookie group of the year (Miss A). So maybe this is good news for YGE. Not that someone losing their life should be taken lightly, but the fact that when something bad happens to these companies a lot of good has come rushing after it. It’s like the calm after the storm.  Maybe it was just YGE’s turn to have heartache and grow stronger in the process.

Fortunately, things have been turning around as of late for YGE. Daesung and GD are returning a little earlier than expected with Daesung’s new drama What’s Up, and both are participating in the upcoming YG Family concert. Tablo recently joined the YG Family as one of the labels new artists. YGE officially joined KOSDAQ this year. Big Bang and 2NE1 both took home global music awards. and GD and TOP are finally starting their Japanese promotions again.

The year of 2012 is shaping up to be a big one for the company. And because of everything that has happened this year, it has pushed many plans into the coming year. There have been talks that Taeyang will release his solo album next year, even as early as January *crosses fingers*.  2NE1 is said to be venturing into American waters by next spring or summer. GD will most likely be releasing his solo album as well, along with another anticipated Big Bang album in the works. YG will be debuting not only one but two new groups. This will include both a boy and girl group. Se7en will be making his comeback and if all goes well Daesung may finally release his first solo album by the year’s end.

So, all the best wishes for YGE and family!  Are you anticipating what YGE will bring next year?