BoA caused quite stir this week when she stepped out for a press conference wearing a dress from French designer Balmain, which reportedly retails for $34,000.  K-pop stars have been wearing the brand, known for its hefty price tags as much as its distinctive designs, for years now.  Seo In-young actually wore the exact same striped mini-dress just over a month ago at the “Love Your W” event, and no one seemed to take notice.  Hopefully that means people just expect Elly to wear ridiculously expensive clothes, not that she is irrelevant in the industry.  She actually wears the dress really well, with a belt for added shape and killer Christian Louboutin pumps.  Since it is nearing the end of the season, this dress can actually be had for the bargain-basement price of $19,935.  What a steal!  Don’t all rush off and buy them… From events and performances, to music videos and airport fashion, Balmain is popping up everywhere.  Let’s have a look at some of the styles the stars are wearing. 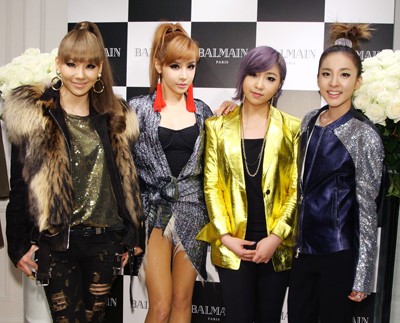 The ladies of 2NE1 are seen in Balmain almost as much as Jeremy Scott.  All four of them wore the designer for the “Lonely” MV, as well as other promotional photos.  They wore items from the current Fall/Winter Collection on the red carpet for the MAMAs this week; Minzy, CL and Dara wore Balmain to last year’s MAMAs too.  In the above picture, 2NE1 is seen at a Balmain store opening in Ginza, Japan, once again decked out in the upscale brand.  CL is wearing a leather jacket with raccoon fur neckline, a distressed sequin tee and distressed skinny jeans that retails for $12,530, $1,210 and $1,011, respectively.  Bom is wearing a metallic blouse with a matching scarf knotted at the waist.  The blouse is no longer available online, but the scarf is for a cool $1,255.  Minzy’s gold nappa leather blazer is sold out as well, but an alternative style is available for $3,265, in a softer shade of gold, that is less offensive on the eyes.  Dara is wearing a metallic and silver leather bomber jacket which features sleeves covered in Swarovski crystals.  This jacket sells for $8,970.  Overall, CL and Dara are stellar, Bom is working her legs as always but needs to ditch the red earrings for something more shiny and Minzy needs to ditch the garish gold for something in a cool hue to go with her hair.  All of their items are from the current Fall/Winter 2011 collection. 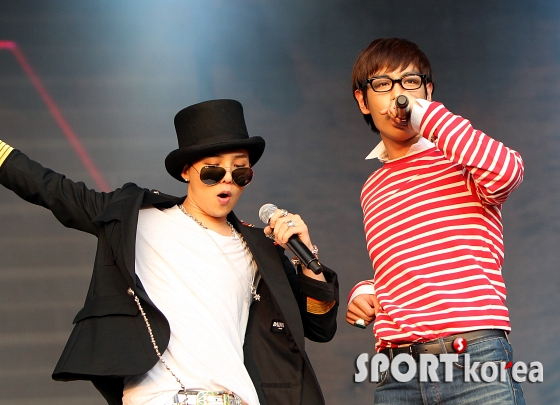 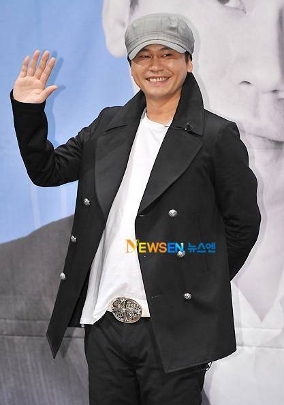 Keeping it in the family, so to speak, we have G-Dragon and T.O.P.  The Big Bang sub-unit both wore the label at a performance in August.  G-Dragon sports their cotton canvas military jacket while T.O.P. shows the more casual side of Balmain in his red striped jersey tee which is priced to sell at $500.  G-Dragon’s jacket carries a $3,585 price tag.  Se7en wore a simple tee from last year’s line with jeans and a black blazer at an event.  This shirt would set you back $290.  Finally, the man himself, Yang Hyun-suk wore a pea coat from the designer to a press conference.  This coat still sells for $1,605, even though it is from last year’s collection as well. 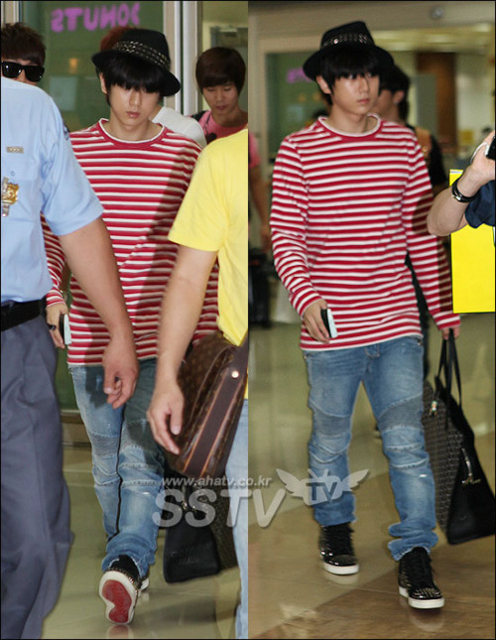 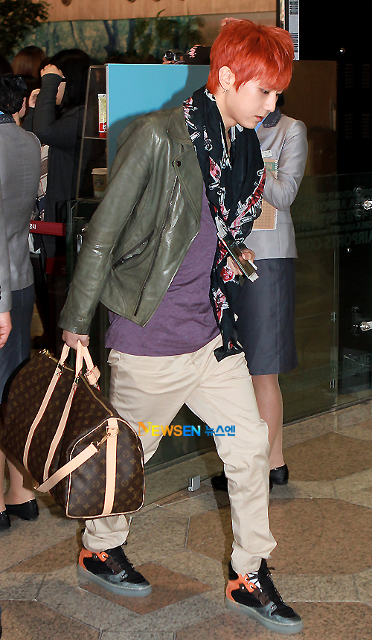 Other K-pop stars seen in this brand include Ga-in, 2AM’s Seulong, Lee Hyori and Hyun-seung of Beast.  Hyun-seung is actually a repeat offender, often being caught in a variety of pieces from this brand.  In this photo, he is seen in the same shirt that T.O.P. wore above and a pair of Balmain biker jeans.  He can frequently be spotted in a printed scarf as well, which sells for $280.  Seulong is also wearing the biker jeans which are from a few years back, and no longer available.  Ga-in’s blazer is also from an older collection, so it’s no longer available, but Hyori’s black tapestry dress with gold chains sells for $10,400.  Hyun-seung also wore Balmain for the performance below with its monkey print jersey tee hiding under his white jacket. 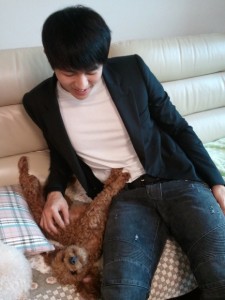 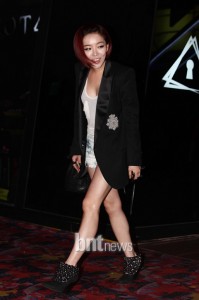 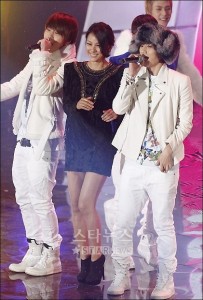 Do you think Balmain is worth the cost?  Who wears this brand the best?