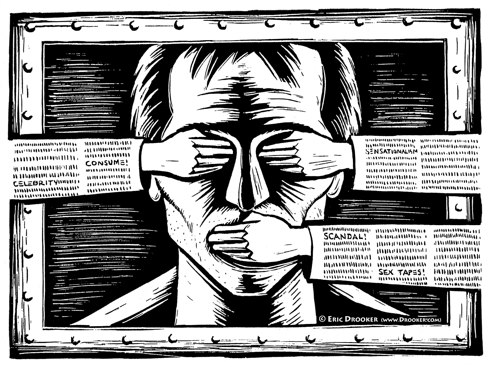 This past Wednesday, Congress busied themselves by deliberating what seems like the only bi-partisan bill to fall into their hands for some time now. This bill, known as the Stop Online Piracy Act or SOPA, has the potential to grant newfound powers in government to locate and take away their misused, copyrighted material from around the net if put into motion. Both major political parties have been given huge contributions from Hollywood and trial lawyers to get cracking on the deliberations concerning the constituents of the bill. And of course, in this capitalist society, money means anything we need it to. In this case, its convincing Congress that internet censorship is a major, pertinent issue of society that threatens the American way of life, instead of perhaps, the economy? The jobs bill? Nah, not on Wednesday. Anyways, I digress….

Under current laws, corporations, TV networks, and major production companies simply reach out to the websites and ask for the content to be removed. If the SOPA bill passes, the Department of Justice will technically be able to approach any website or their domain company on the basis of alleged copyright infringement or piracy and demand that the website be taken down. Sites like YouTube, which is filled to the brim with material from a broad range of sources, most largely uncredited, can go down. Completely. Entirely. Goodbye.

So what does that mean for us?

I’d venture to say most of us fell in love with k-pop because of the internet. What would the most of us know about K-pop, where would we download hoards of music from, where will all the uploaded videos from our favorite variety shows go should sites like YouTube and other major hosting sites crumble under the weight of this new power to infiltrate  and ultimately censor what’s on the web? We’ve all come across content KBS, SBS, and MBC has copyrighted in terms of k-entertainment content, and had taken down on various video sites. But this bill will take the whole ‘issuing complaints and getting videos taken down’ matter far beyond what it already is.

Of course, in a perfect and ideal world, we all think piracy is wrong and should be stopped. It is a given fact that the economy loses $100 billion and thousands of jobs annually because of it. But what is the functionality of the internet if it’s not an open market of knowledge and shiny things? K-pop fans would probably cease to exist if they didn’t have the opportunity to explore the open internet for all the K-pop music, entertainment, mash-ups, and videos it had to offer. Internet censorship threatens our livelihood as international fans of music and entertainment, especially since the interent is our primary avenue to said music and entertainment. 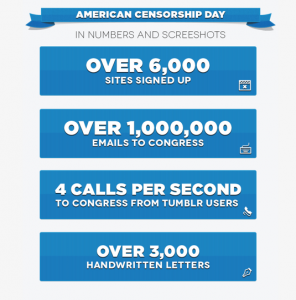 Can you imagine never having that ‘AHA!’ or ‘WOW!’ moment you did when you discovered K-pop for the first time just by roaming the internet with all its gems? I mean, in what other time, place, and setting was I supposed to wander across Super Junior music videos, the ones with Snoopy shirts, lipgloss and blonde hair, if it not on the internet? Without the openness and capabilities of the internet, I myself would have no idea that K-pop even existed. And I’m sure all our stories are somewhat similar. As fans from other countries, the internet is what brought us and K-pop into holy matrimony.

From social networks, editorial sites and blogs (very much like our lovely Seoulbeats), to even mega overlords of the internet like Google, websites abound are faced with the threat of being shut down for alleged copyright infringement or piracy, in even the slightest connotation of the word. While the opposition to the bill includes major players like AOL, eBay, and Facebook, the issue has bi-partisan support and the backing of big Hollywood funding. Americancensorship.org even rallied internet users to reach out to their local congressmen by promoting on many popular websites this past week. Though it seems like Congress is trying to fight the unfightable by challenging the mighty internet, it is still a threat worth thinking about.