I’m sure the idea crossed your mind once or twice, especially considering the Teddy Riley twitter diss aimed at  Wonder Girls that’s been hitting the blog headlines. It’s like the unstoppable force of the K-pop industry meeting the immovable object of it: SM‘s pet group and JYP‘s pet group colliding. 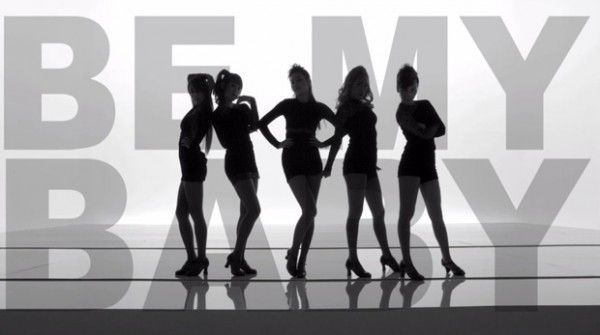 All right, so they’re not quite colliding. There’s a space of a few weeks between their promotions cycles that’s keeping SNSD and Wonder Girls from competing head on for those shiny music show trophies. They’re still promoting close enough to each other, though, that it merits a comparison and a contrast between their respective lead singles and performances. Now that SNSD has shown a bit of interest in dipping their toes into the US industry’s waters, perhaps it even merits a critical look at the attempts of both to garner some interest within Western audiences.

Round One: The Lead Single
As most of you already know, Wonder Girls isn’t done promoting quite yet. Apparently, they’ve got a multiple song promotion strategy in the works, and should have another MV/round of performances out in the very near future. However, “Be My Baby” was clearly intended to be the song that would be their big re-entrance splash in the industry, so that’s what I’ll be judging.

To kick things off, I want to address the complaints making rounds that “Be My Baby” just sounds too Christmas-y. Well, sure, once you hear that claim, it’s kind of hard to un-hear the holiday spirit. The first thing that struck me, though, was their vocals. The vocals are slick as ever thanks to that inescapable tool, Autotune, and there’s a bit of an echo effect going on that sounds a little cheap. To their credit, though, the producers resisted doing something that precious few groups have seemed to be able to resist doing lately: throwing in the T-Pain-esque vocoder effect, commonly referred to as just plain old autotune. For that, I have to give Wonder Girls mad props. Yubin, although still firmly in the idol rapper box, has a unique voice, and I’d hate to see her fierce little rap turned into robotic nonsense. The song itself? Not all that bad. The thing is, it’s missing a sense of climax. The more I listen to work by JYP’s groups, the more I get the feeling that it’s a common problem in his production house. Miss A and 2PM have both had multiple singles missing any kind of high point to the song. That leaves one with a pleasant, but unmemorable track. 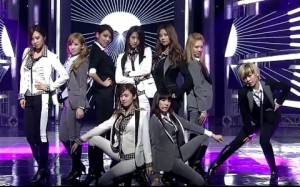 As for SNSD, they fell victim to the very thing that Wonder Girls so wisely dodged: the vocoder effect. “The Boys,” like “Be My Baby,” isn’t exactly a bad song. There’s a couple stripped-down, beat and music only versions making rounds on YouTube that are pretty hot, you gotta admit. The downfall of the song was the questionable vocal performance, and the subpar rapping. Not a single member of SNSD was trained for especially for rapping, and yet they insisted on shoehorning in something like “Hollaback Girl” on helium. Why? They had the potential for a really great lead single on their hands, and the verses were pretty fabulous. But then that grating chorus kicks off, and one has to sigh and shake their fists at the high and mighty creative minds at SM.

The verdict on the lead singles? Both were letdowns to some degree, but Wonder Girls takes the lead for vocal performance.

Round Two: The Performances

SNSD and Wonder Girls, like all other idol groups out there, have been accused at some point of being unable to sing. Is that a justified accusation? Well, let’s allow the performances to speak for themselves.

My first impression of the “Be My Baby” comeback performances was that actually, Sohee and Hye Lim didn’t sound half bad. YeEun, Sunye, and Yubin, were as usual fabulous. But then I got a little suspicious and thought…hmm, let’s pop on over to those MR removed videos and see if backtrack was responsible for their decent performances. And, alas, my suspicions were correct. To give Sohee a little credit, she’s much improved from her “Nobody” days, when I cringed every time she stepped up to the mic. Unfortunately, Lim seems to have stepped up to her recently vacated plate of “can’t sing to save her life.”  There’s no real vocal challenge present, no harmonization, no nothing. There shouldn’t be a real excuse for it. The choreography is energetic, but fairly simple, even by girl group standards. Looking at their faces, though, one can’t help but get the feeling that perhaps the management team rushed this. Clearly, they’re tired, and not quite ready to be performing. As for SNSD…well, they tried something different, at least. They’ve always been reknown for military precision, but these more recent performances have demonstrated that the synchronization effect owed mostly to matching outfits. With the different outfits, it’s quite obvious that they’re all over the place in their dancing. It doesn’t help at all that the choreography itself is fairly awkward looking, especially that strange squatting move that they pull towards the end of the rap that only Hyoyeon seems to be able to pull off. Some of those high notes were quite frankly painful. But for the most part, they performed at a decent standard. In particular, Seohyun sounded good, and a few of the girls managed to bring a little attitude that livened up an otherwise quite mediocre song. Even Yoona and Sunny, ever the scapegoats of the naysayers showed some improvement.

The verdict on the performances? SNSD takes the win, for making a uninspiring song interesting watch.

Round Three: Western Appeal
Both groups have aimed for a little success in the States. However, they took opposite strategies. Wonder Girls actively promoted, went on television, and popped up in a few editions of some fashion magazines. SNSD put out an English single and crossed their fingers, hoping that it would magically shoot up the Itunes charts and they’d become superstars overnight. Needless to say, both tactics didn’t amount to much in the end. Nobody on the street actually knows either group. However, their Western dreams have left little fingerprints all over their most recent debuts, and they’ve collected a small, but fascinated Western audience looking for something good. 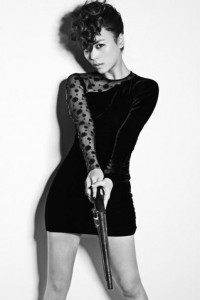 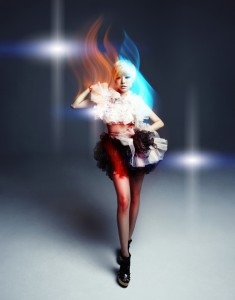 Most people will immediately peg “Be My Baby” as a distinctly K-pop effort, without bothering to pander to a Western audience looking for black leather and sex. To me, though, the entire effect of it is far more Western than anything the girls have offered up before. Just look at that styling and choreography! Somebody on the creative team was jamming out to “Single Ladies,” and the choreographers and stylists decided to roll with it and make five mini-Beyonces. The shooting of the video itself, too, is fairly clean, in the mode of…yep, you guessed it, “Single Ladies”. None of those messy backdrops and cheap closeups that a certain entertainment company by the name of SM has been dropping lately. There’s no soap-opera storyline either. It’s a video in black and white with a few spare pops of color. Some interpreted it as lazy, but I kind of liked it, for its unpretentiousness. And there’s not much ridiculous, that a Western viewer would scoff or scratch their head at. 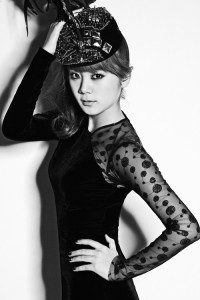 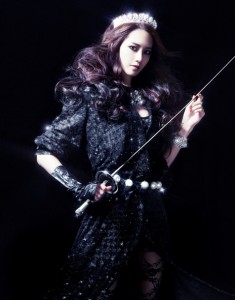 Bless SM, they tried really hard to sex up and Westernize SNSD. The song is clearly supposed to be “fierce.”  There’s vocoder effects and rap lines aplenty. The outfits in “The Boys” are certainly a little more skimpy and glittery than SNSD is wont to wear, and it appears that the stylists discovered how not to make Hyoyeon‘s hair look terrible. They just didn’t try hard enough, though. The set looks like it could have been borrowed off any one of Super Junior’s recent videos. The song is still distinctively twee and bubble-gum pop, despite desperately aiming for a little bit of edge.  And Jessica’s line, “GG.” Yeah, I don’t see that gem going over with an uninitiated audience without a few guffaws.

The verdict on the Western effect? Wonder Girls wins, for avoiding the ridiculous.

Both SNSD and Wonder Girls had some flaws and some successes. Both had some immense buildup behind their Korean returns, and fanbases willing to follow them to the death. Inn the end, though, Wonder Girls, winning two rounds out of three, takes the comeback win. What did you think of their respective comebacks? Which one did you prefer?