Will you Turn Off the TV for LeeSSang? 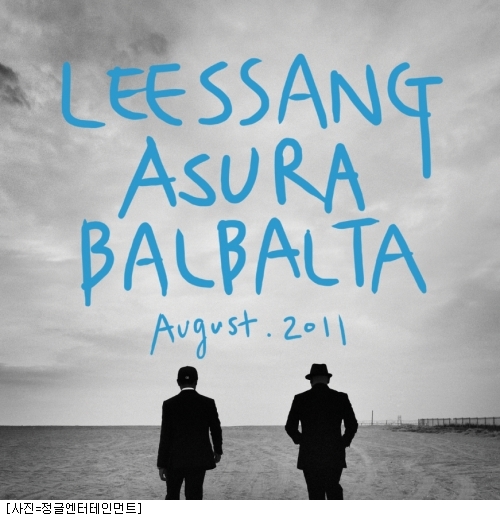 Hip Hop duo LeeSSang returns after a two year hiatus with the album AsuRa BalBalTa.  Their last album was the successful Hexagonal in 2009, which was their sixth album making AsuRa BalBalTa their seventh.  Last week, they released their title track “Turn Off the TV” to an explosive response reaching “All-Kill” stagtus on the charts.  It looks like fans are ready for some new LeeSSang, but are they ready for their fans?

There has been a lot of  hype for LeeSSang’s return with much press coverage and a slew of teasers by friends for the song “Turn Off the TV” were released leading up to the son’s debut.  “Turn Off the TV” is a mellow hip hop ballad featuring the singing Kwon Jung-yul (10CM) and the lyrical prowess of Tasha.  I dig the song’s funky beat and Gil‘s rapping, the song has a very groovable beat.  I think Gil and Gary kind of date their themselves as ahjusshis talking of turning off the TV because of their love for their girl- wouldn’t it be more meaningful for a guy nowadays to say he’d put down his smartphone or iPad for his love?

The MV for the song was just released and thank you LeeSSang for an original MV in Kpop!  There’s some great use of stop motion photography that went into making this MV.  I’m not sure what the story line is in it (although I did get the part with the dude and his ‘little’ dude that suddenly appeared- watch for the ‘hard’ lyrics), but I don’t need to know it to enjoy the MV.  Check out LeeSSang’s “Turn Off the TV.”

The MV was a fun and fresh and even though it didn’t look overly slick, it’s simplicity was charming.  What they probably saved in ‘bells and whistles’ they had to spend in the time it probably took to shoot the whole MV and the edit it.  “Turn Off the TV” is a nice little comeback for LeeSSang and I can’t wait to hear everything else on the allbum.

LeeSSang’s AsuRa BalBalTa is packed with guest appearances from some of their friends ranging from Baek Ji-young, Tasha, 10CM’s Kwon Jung-yul, Bizzy, B-Free, reggae band Windy City, and psychedlic rock band Guckkasten.  The range of styles for the songs is said to be diverse as LeeSSang show their growth and maturity as sunbaes of the Korean hip hop community.  Helping the boys out in their promotions of their new album, is their new found fame in Korean variety (and friendship with Yoo Jae-suk) as Gil is now a part of the cast of Infinity Challenge and Gary is on Running Man.   AsuRa BalBalTa is scheduled to be released at midnight on August 24th.