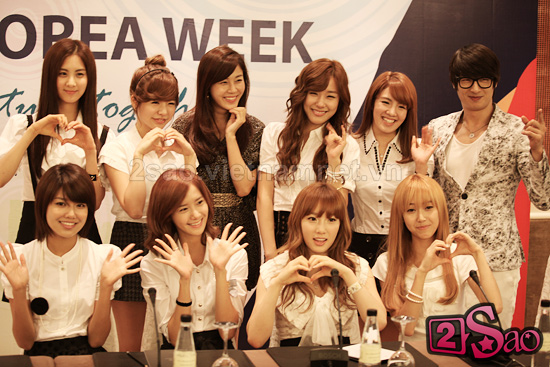 It seems as if most entertainment companies only have good things to say about K-pop’s recent venture beyond Korea’s borders. At every turn, K-pop artists and companies are touting K-pop’s overseas popularity, oftentimes to the point of exaggeration. Of course, many international fans can’t get enough of it, especially since such sentiments have led to a recent trend of broadcast companies aiming to hold overseas concerts.

Most notably of these is KBS’ recent announcement of a prospective “KBS Music Bank World Tour,” with planned stops in Asia, Europe, and North America. International fans are, of course, excited – but do entertainment management companies share the same sentiment?

Many entertainment companies are now discussing ‘boycotting’ any overseas concerts managed by broadcasting networks, for fear that these performances may, in fact, be impeding on the artists’ main activities. Check out the article below:

A movement amongst the larger agencies is gathering attention due to the fact that they plan on boycotting any overseas performances starting next year.

The top 3 major broadcasters, KBS, MBC, and SBS have all had various performances overseas centered around the theme, “Hanryu Concert.” MBC held a performance in Bangkok and Tokyo during the months of March and May. SBS held a recording of Inkigayo at Osaka, Japan in June. KBS will also be holding Music Bank at the Tokyo Dome in July.

For newcomers such overseas performances may help raise their popularity in the country they are performing at. But as insiders explained, for singers that are already considered “Hanryu Stars,” it is more hurtful than helpful.

One of the reasons stated is that when an act is given high exposure during a period when they aren’t promoting internationally, that group/singer’s popularity may actually dip lower when they do begin official international promotions. To add on, for a singer/group that is already popular overseas, they have more opportunities to show a more colorful and perfected performance during a 2 hour solo concert than an broadcasting company’s international music show.

Another issue is that in order for a 1 day performance overseas the talent must spend at least 2 days in that country. In order to do so they must give up on various Korean schedules. If a talent cannot take on their already booked schedules, in the end it is bound to be harmful to them.

Meanwhile if this movement becomes popular amongst more agencies, in the end it will be hard for broadcasters to hold overseas events. 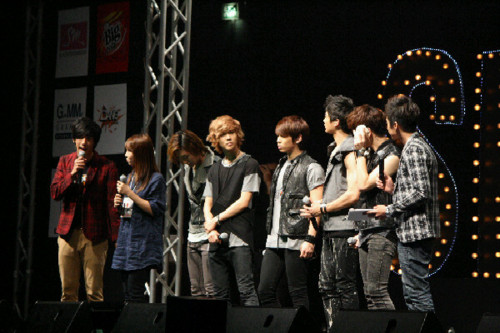 Many international fans – especially those residing in countries where broadcasting networks have previously held small-scale K-pop concerts – are not happy with this announcement. With K-pop beginning to making a real presence abroad through intermittent concert performances, the demand for more K-pop concerts in more places around the world has skyrocketed.

Broadcasting companies have helped to quell this demand by holding a few of the aforementioned “Hallyu concerts” in select countries. However, these concerts have been few in number and relatively low-profile. For the fans, it’s always a big deal to see one’s favorite K-pop star in person. But if one looks at the bigger picture, the absence of these broadcasting network-sanctioned concerts wouldn’t be a huge loss.

The problem here, though, isn’t that entertainment companies no longer want to participate in these overseas concerts. The problem is that there’s this strange phenomenon growing amongst international K-pop fans where people feel entitled to their own SMTown or their own world tour stop or their own chance to see their favorite K-pop star in concert in their own country.  And as an international fan, this attitude just isn’t right. 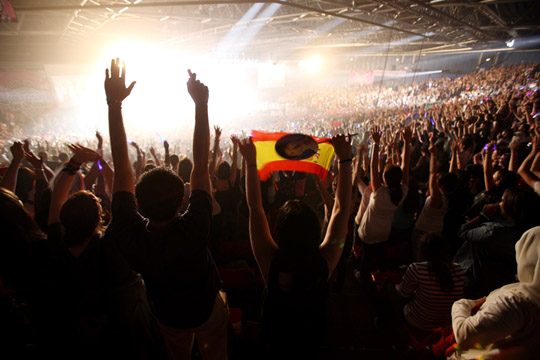 As fans outside of Korea (and, for many, outside of Asia), we got into K-pop with the understanding that this entertainment scene was not made to cater to our markets. International fans are at a notable disadvantage when it comes to K-pop: it’s harder for us to watch broadcast performances, to buy albums and merchandise, to connect with the stars in the way that Korean fans can. Heck, many international K-pop fans have to live with the fact that their favorite K-pop stars can’t even point out their home country on a map.

There’s an inevitable disconnect between the K-pop scene at large and the international K-pop fandom, but these international fans still take an interest to K-pop that’s as fervent as any Korean fan. That alone is something that should be commended, and I think more and more K-pop stars acknowledge this and try to show their appreciation in whatever ways they can. Sometimes it comes in the form of a live overseas appearance – but only when the conditions are right.

Clearly, constant participation in overseas concerts managed by third-parties doesn’t always fall in line with the needs and goals of many K-pop management companies. These management companies shouldn’t be vilified by international fans simply because the international fans feel like they’re being denied the right to see their artists in person – when in fact, this ‘right’ is actually a privilege. While I’m sure K-pop stars would love to see their fans from all over the world, their first priority will always be to their home country and the domestic market. That’s just how the system works.

There was a time when K-pop stars stayed exclusively within Korea. International fans had to confine their K-pop love to their computer screens, but they were nonetheless accepting of the fact and still showed their enthusiasm for K-pop. Now, in this day and age where fans from countries from every corner of the world feel entitled to their own K-pop concert, where has that humility gone?