Another great Kdrama ends, so what is a Kpop lover to do?  Watch Kvarieties!  Lucky You’ve Fallen For Me, So Ji-sub on the Rocks, Jinwoon’s Diary, 2PM go for a Spin, and the Hunt is Over?  These are the 5 Things that happened in Kpop last week that I think were a little bit more special than the rest.

1) Lucky You’ve Fallen For Me 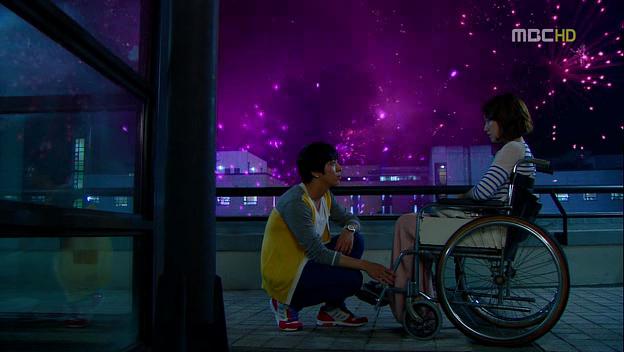 We’ve finally gotten to the good part of the drama when both leads realize that they like each other. Too bad when Shin makes his ‘confession’ to Kyu-won she takes it in the wrong way and thinks he’s messing with her feelings. I like that Kyu-won didn’t just let Shin off easily and automatically just falls in his arms, it makes her character real and Kyu-won really does have a sense of self-worth and respect for herself.

Below are highlights from last week’s episodes that I loved

[Spoiler Alert]- I loved the ending where Shin finally lets Kyu-won know that he wants her to like him again because he likes her.

Unfortunately, this sweetness will be overshadowed by a lot of drama caused by misunderstandings that have been foreshadowed, staying true to the K-drama formulas.

I just hope the whole Seok-hyun realizes he likes Kyu-won a little more than regular-so Yoon-soo gets jealous and uses a misunderstanding Shin-to get back at Kyu-won-to get back at Seok-hyun kind of scenario doesn’t occur.  The Seok-hyun and Yoon-soo reconciliation happened a little too easily, so I’m expecting something to blow up soon.

In between their training for their rowing challenge, the members of the Infinity Challenge had the opportunity to hang out and play with actor So Ji-sub, who’s reportedly a close friend with Jung Jun-ha.  Knowing Jun-ha and the Infinity Challenge members So Ji-sub should’ve been wary of their shenanigans and dirty tricks, but he wasn’t.  Check out So Ji-sub being raked over the ice for ‘failing the challenge’, twice.

Yoo Jae-suk is so funny, yet so dirty at playing games, but I’m not complaining because I got to witness So Ji-sub’s abs. 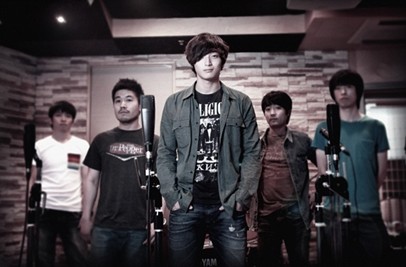 While 2AM is on break, maknae Jinwoon has been pursuing his first love… rock music.  He put together a band with veteran musicians in the Korean music industry and practiced to debut at the Jisan Valley Rock Festival.  Videos following his progress with his rock band has been compiled into Jinwoon’s Diary, which are available for viewing on Jinwoon’s website and on the Big Hit Entertainment channel on YouTube.  Diary entry #6 showcased his performance at Jisan, check it out.

I’m glad to see that Jinwoon is allowed to follow his passion but he obviously has room for improvement, in terms of the rock lead singer persona and stage presence.  With these minor tweaks, he will be well on his way.

Is there anything else that you think baby Jinwoon needs to work on to become a real rock star? 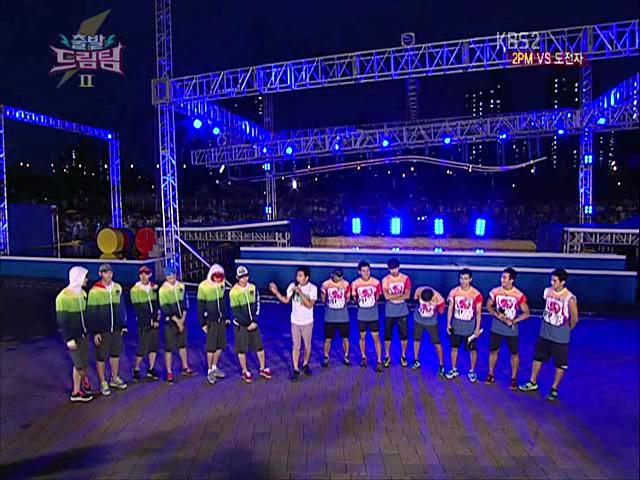 I caught two variety shows that the boys of 2PM were on last week, Let’s Go Dream Team 2 and their own 2PM Show.  On Dream Team, the boys took on the men from the cast of the  KBS variety show Challenger (which is like Survivor and was filmed in Hawaii).  Before the challenge though, the boys had to compete for who would pay the bill for the refreshments bought for the audience. The boys picked out a few fans to help them out with the dizzying task and the results were hilarious.

At the end of the day the last man standing with the best completion time for the Dream Team obstacle course was 2PM maknae  Chansung. 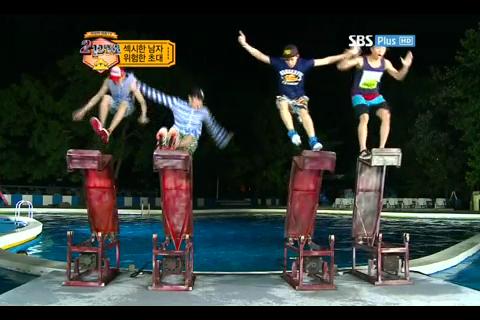 The 2PM Show, is filled with the boys challenging each other at games and having fun, but this bit on last week’s show had the boys literally ‘flying’ at the word of their manager.  The section was long with the poor 2PM boys looking majorly water logged by the end, here’s a little snippet for your viewing pleasure. 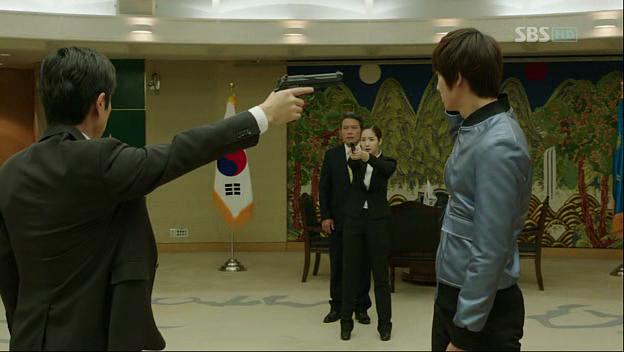 There’s not much that I can say about City Hunter that hasn’t already been said, but how could I not include its finale in 5 things.  In my opinion it is so far the best Kdrama of 2011, it wasn’t perfect, but its imperfections just made it seem more viable and real.  It totally took me out of my Kdrama genre of preference and made me a fan.

Lee Min-ho and Lee Joon-hyuk turned in stellar performances as adversaries on different sides of the law working towards the same goal.

[Spoiler Alert]  I love that they made Young-joo able to see the shades of gray of the Law by his acceptance of Yoon-sung as the City Hunter, but I hate that they killed him in such a fitting, yet almost wasteful way.

I also thought that the portrayal of Chun Ho-jin‘s President Choi was excellent in his acceptance of his fate for his past misdeeds, however innocent and in the name of the greater good they were.  The ending was nothing less than I expected with the final showdown between Yoon-sung and his ‘father’  Jin-pyo, thankfully psycho dad finally did something totally selfless for the sake of Yoon-sung.

There were theories by fans circulating that Yoon-sung was really dead and that Nana actually saw a ghost at the end, but the PD of the show was quick to point out that no, Yoon-sung was in fact alive.  Which only leads me to believe that the drama is totally set up for a season 2, should the Kdrama gods be willing.  Ratings for City Hunter were good, but not great.  It got its highest ratings on the last episode with a 19.2 share Nationwide (3rd place) and a 20.1 share in Seoul (1st place).

City Hunter was released in the Wednesday/Thursday timeslot when The Greatest Love already had a hold of the time slot and Romance Town was also performing well.  I believe that if it had been released at a later (or earlier) date it could’ve reached higher ratings, maybe even reaching ‘National Drama’ status.