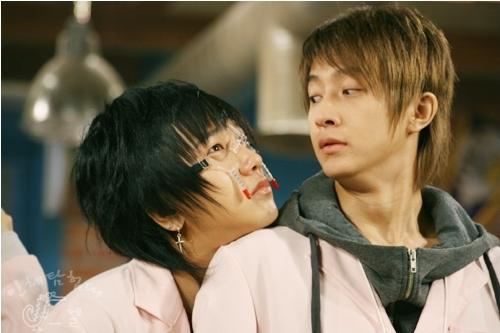 I’ve taken a liking to Super Junior lately, and I’m not really sure why. In terms of K-pop fandom, Super Junior breaks almost all of my rules: their music is mediocre, their performances are less than stellar, only a quarter of the members can actually sing, and their over-the-top fanservice makes me want to punch walls.

But despite all this, I still dig them, and the prospect of this puzzles me to no end. In an attempt to quell this minor identity crisis, I asked my friend – a long-time Suju fan – this question: What is it, exactly, that makes Super Junior so appealing?

Her answer was simple: “They’re funny and they do dumb stuff on television.”

Which makes enough sense. Super Junior is one of many K-pop groups that define their existence by entertainment value rather than their artistic value. All of the Super Junior members have likeable personalities in one way or another, which allows for widespread popularity amongst a variety of audiences. Besides, there are just so many of them to choose from so that even if you’re not a fan of the group, you’re bound to like at least one of the members.

Probably not much at all, but that’s no surprise. Almost everyone can acknowledge that 50 percent in K-pop is composed of plastic and silicone, and the other 50 percent is a product of scriptwriter ingenuity and boardroom discussion. Therefore, most K-pop fans have learned to consume their K-pop with a large grain of salt and enjoy it for all its plasticky worth. But what about the idols themselves? What have they got to lose in a system that demands that they put on a mask in order to garner the love and adoration of many? 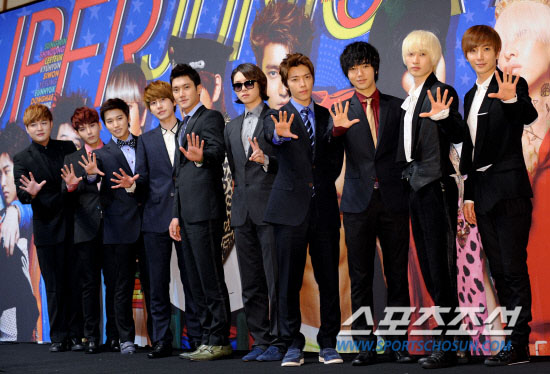 On the whole, K-pop personalities are easier to like than they are to dislike. But if you look at how the rest of the world functions, you’ll know that this theory makes very little sense amongst regular people. For an average person, it’s easier to find reasons to dislike a person than it is to like them.  When you meet a person for the first time, the criticisms flow almost instinctually: You might not like the way they talk, dress, or act. You might not agree with their views on certain issues, or you might feel uneasy if they’re smarter or more well-spoken than you.

In order to create idols with personalities that are appealing to the masses, entertainment companies try to cut down on as many of these ‘turn-offs’ as possible. On top of the required vocal and dance training, idols are also taught how to speak eloquently and handle themselves in public. Professionals manage their wardrobe and appearance, and they know that the best way to win over a crowd is with a smile. And as for holding opinions on anything deeper than the typical idol fare? They are told that it’s best to hold their tongue, for fear that their opinions might stir up unnecessary controversy – or worse, alienate potential fans who might find their ‘precocity’ to be intimidating.

Some say that it’s just a matter of common courtesy – one’s job as an entertainer is to entertain, not to offer one’s opinions on climate change or global economics. But consider the fact that most K-pop stars are on the job almost 24/7. Therefore, K-pop stars are expected to maintain their people-friendly facade at all times. Smile and wave at the crowds. Show the utmost respect to your seniors. Praise your fans to the high heavens. Keep your vocabulary at a sixth grade comprehension level in order to sound more approachable. Don’t express your opinion on anything unless it has to do with your fans, your career, or your ideal type – all of which you love, by the way. Just be as simple a person as possible, and you’ll do fine. 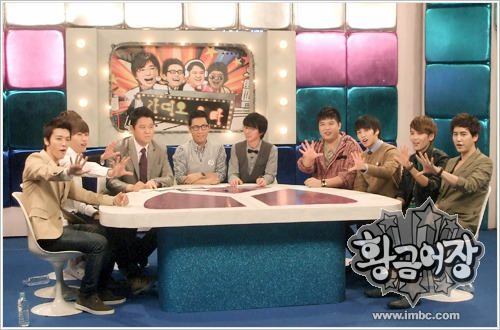 It’s easy to like a simple person, but it’s difficult to be a simple person. And with the all-consuming nature of the K-pop celebrity lifestyle, stars are forced to be ‘simple’ at all times. Which doesn’t sound too hard at first – being as uncontroversial as possible is easy if you’re in an environment where one is constantly governed by managers and staff, and even easier if you’re in a society where “the nail that sticks up gets hammered down.”

Nevertheless, there’s something about K-pop stars that feels ‘dumbed-down’ for mass consumption. It seems as if K-pop stars are told to keep their words simple and their sentences short; to not talk for longer than 30 seconds at a time unless it’s a funny anecdote that’s guaranteed to hold a listener’s attention. And anything that needs to be ‘explained’ is off-limits. The result is a K-pop celeb culture filled with stars that are easily likeable and well received…but can also come across as being fairly unintelligent and vanilla.

But whose fault is it that K-pop stars have to dumb themselves down and be as uncontroversial as possible in order to appeal to a mass audience? In that regard, a better question would be: How would you like it if you suddenly found out that your favorite K-pop idol was homophobic? Racist? Misogynistic? Doesn’t believe in global warming? What would you say if you found out he or she is pro-life? Pro-choice? Believes in free trade? Supports Israel? Holds socialist ideals? Is secretly a Republican?

Shindong got tons of flack that time he made that comment about fat chicks, and Leeteuk received similar criticism for commenting on Suzy’s weight. If comparatively minor comments like these can instantly turn people off to a K-pop celeb, then imagine what would happen if K-pop stars were allowed to speak out on whatever subject they pleased. They wouldn’t be nearly as universally likeable, to say the least. When the Great JYJ-SM Twitter Flame War happened earlier this year, people everywhere said that the stars involved shouldn’t have voiced their discontent on a public platform like Twitter. But how can we say this when we ourselves are all over the Internet every day, saying whatever we want to whomever we want? Who are we to deny this right to K-pop celebrities, who are every bit as capable of intelligent thought as the rest of us? Some might argue that ‘sitting down and shutting up’ is one of the job requirements that these celebrities signed up for. But it is, in fact, us – the audience – who have penned that line into their job descriptions. 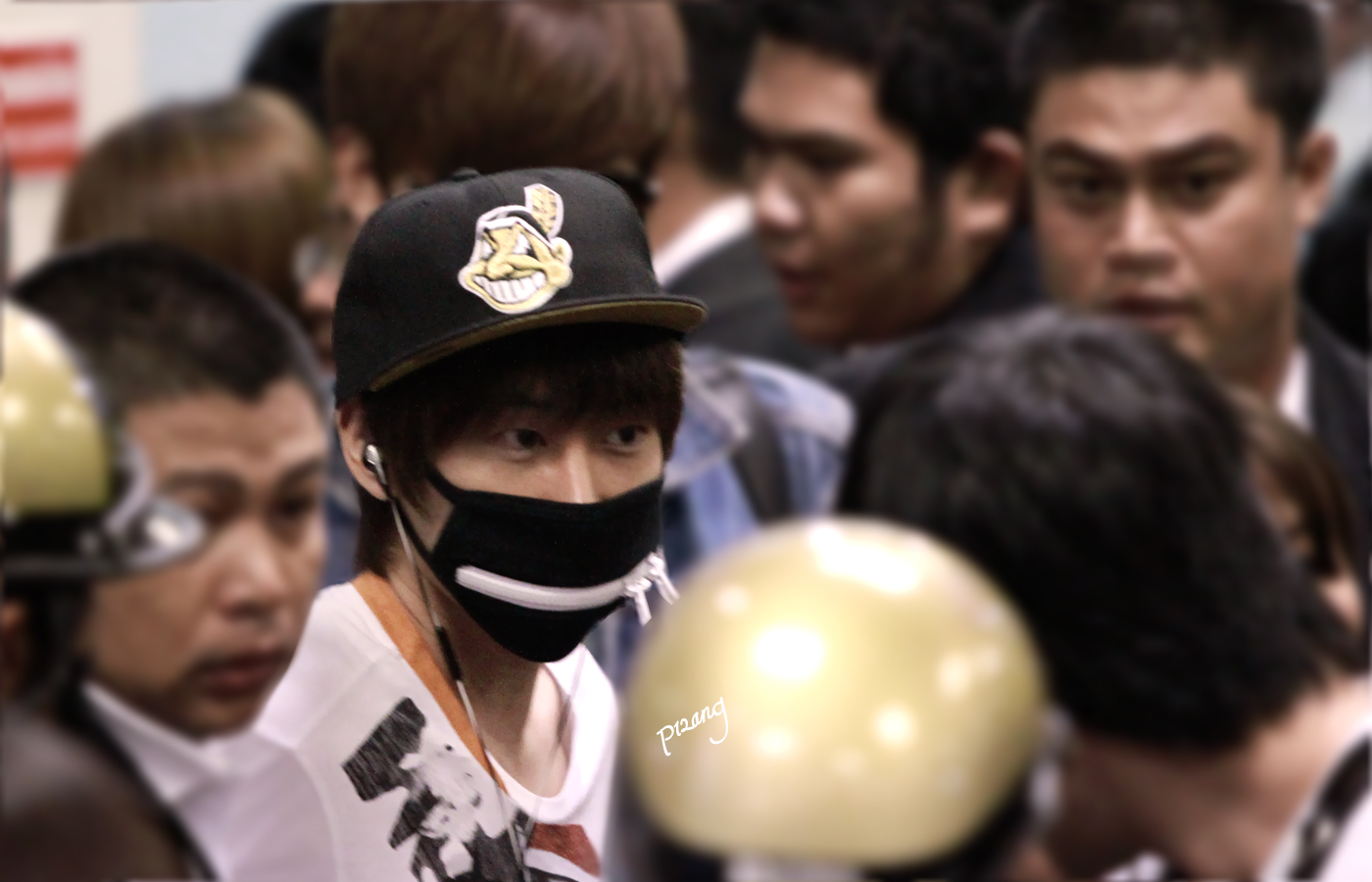 K-pop idols aren’t stupid, but they have to play dumb for the sake of our entertainment. But where do we go from here? You tell me. K-pop stars can’t stop marketing themselves on their personalities, and audiences can’t stop themselves from disliking a certain celebrity if they find his or her ways of thinking to be unfavorable. It’d be nice if we could go back to the good old days where singers became popular because of their music – but if that were so, K-pop wouldn’t really be the same, would it? Maybe sometimes it’s just less of a headache to sit back, ignore the flaws in K-pop and just enjoy it for what it is: entertainment.

Now if you’ll excuse me, I have five more episodes of Explorers of the Human Body to catch up on. I hear the members do mouth-to-mouth underwater breathing in one of them – which sounds as stupid as it does entertaining. And that’s all one can ask for, right?