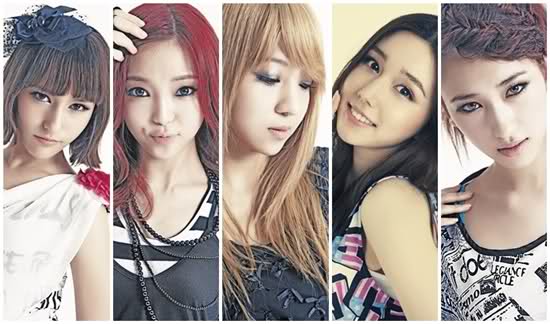 On August 17th, K-pop fans will be privy to yet another girl group, a quintet by the name of Chocolat. But, you may stop to wonder, what makes this group (supposedly) so special.  Three-fifths of the group are  biracial- half-Korean, half-Caucasian, with American fathers and Korean mothers. This makes them the “first” bi-racial Idol Group, if we conveniently forget about SM’s female duo, Isak N Jiyeon that debuted in 2002.  Kim Isak is also half-Caucasian and half-Korean.

Kpop fans are also used to seeing foreign members within groups as well, most recognizably Nickhun (Thai, 2PM) and Fei and Jia (Chinese, Miss A). As a solo act, Tasha Reid (or T or Yoon Mi-rae) made her start in short-lived singing groups. T has an African-American, father and Korean mother. Needless say, other groups from other companies employ non-Korean acts as well.

All things considered, it appears that the extreme touting of the biracial members of Chocolat is a marketing ploy.  However, how effective is their marketing positioning?  Unless you’re well-practiced at “being bi-racial”, the three girls don’t stand out much from the other two in terms of looks or behavior. Consider the fact that they have been training in Korea for about two years, the specialness wears off a little bit.

With all of the global casting calls and auditions being implemented, isn’t it time for someone take it to the next level and really diversify the talent pool?  Is it possible to have a truly integrated K-pop group that is accepted by other Koreans?  As music trends and dances are constantly being borrowed from the West, a member from the West would be beneficial.  Imagine what Natalie White aka Pumashock or any other Youtube star can do for any girl group.

I personally see nothing wrong in Kpop diversifying its rosters a little bit, but perhaps its fans aren’t ready for a change in kpop when it’s appeal, is that it’s uniquely Korean.   What do you think, is Chocolat a sign of things to come, or is this simply a marketing ploy, or is it something else? 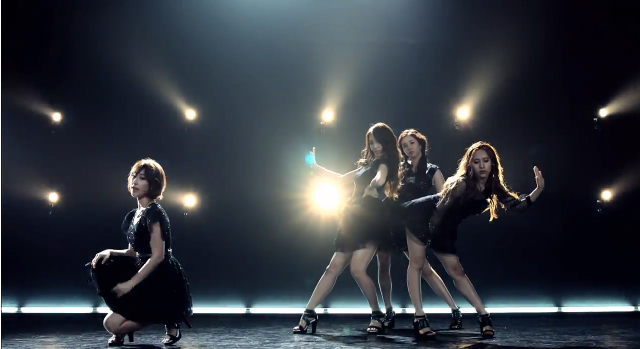