It’s a word inundating the comment section of English articles on K-pop, if not heavily insinuated by the authors themselves. To most Western fans, a critique of artificiality is worse than calling someone untalented, passe, even offensive. It’s a license to ignore at best, and at worst to viscerally detest. However, as both the music produced and the method of production converge, the differences between K-pop and the average US pop star seem more to do with style than content. Western pop stars go to great lengths to seem authentic, making K-pop appear contrived by comparison.

What is authenticity? Despite it’s derisive power, authenticity lacks a clear definition. Descriptions include words like original, real, unique, or simple — terms that are frequently contradictory and incongruous with pop music. Yet authenticity is intricately linked to pop, not even emerging as a concept until the first wave of commercial American music in the 1950s. Authenticity demands comparison, and groups frequently claim to be genuine only in comparison to other artists or genres. One of the clearest requirements of authenticity is that music produced by any group has to be their own, a true reflection of the artists’ beliefs. There is also great wariness of the influence of large management companies, almost uniformly portrayed as greedy and manipulative in Western culture. 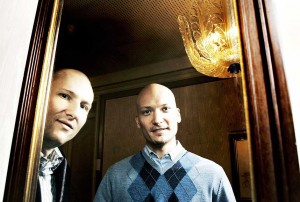 It’s ironic then, that by almost none of these criteria is the production of Western pop authentic. US pop icons may be reluctant to discuss the invisible hands crafting their image, but the hands themselves frequently have a lot to say. Stargate Studios producers Tor Hermansen and Mikkel Eriksen have constructed hits for Rihanna, Nicki Minaj, and David Guetta using their distinctive production method. ‘Songwriting’ at Stargate combines randomly-mixed electronic chords with spontaneous lyrics, many assembled from magazine clippings. Frequently, the artist becomes aware of the song’s existence only after a polished recording already exists, re-recording the vocals to add their signature style. It’s formulaic, yes, but Stargate’s production recalls the frenetic routine of monkeys on a typewriter more than a calculated effort to reproduce previous successes.

For that precision, one must look to Dr Luke, arguably the most successful Western producer in the age of digital music. From swaggering odes to misogyny (T-Pain’s “Turn all the Lights on” and Pitbull’s “Girls”) to pro-female refrains (Pink’s “U + UR Hand” and Avril Lavigne’s “Girlfriend”), Dr Luke frequently has multiple singles reaching the Top 10 each week. His role in crafting these hits is vague, and he seems to be more responsible for hiring the right combination of people than providing any creative input. This includes the eventual performer of the hit, who is relegated to being only one variable in his winning formula. In his discussion of Taio Cruz’s “Dynamite”, Luke tells NY Magazine’s Adam Sternbergh “When I gave it to Taio, I told him, ‘Listen. This song is not yours. You have to earn it.’ Because I felt from the beginning that this was going to be big.” The artist is the face of the product, but despite what many artists convey, frequently has very little sovereignty over the product’s creation.

That’s not to dismiss all of Western pop music, which is varied in many aspects including artist input. However, with the rise of digital media, an austere sense of deconstruction permeates the manufacture of many Top 40 hits. What once were albums have become singles, and what once were songs have become a collection of two, three, four hooks, created to align with a beat rather than to evoke complex emotion. The performer isn’t so much an artist as a vessel, an affable topcoat for a manufactured product. 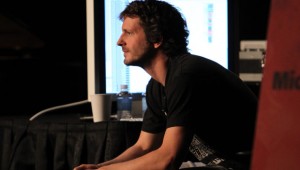 It’s the exact same criticism levied against K-pop, by the way, but artificiality hasn’t stopped US singles from selling millions of copies. Furthermore, while Western pop creations are defended for their promotion of escapism and fantasy, K-pop is rarely granted the same interpretation. The same author who in March 2012 defended Stargate’s role in creating Rihanna’s hits (“She embodies a song in the way an actor inhabits a role—and no one expects the actor to write the script.”), later dismisses K-pop for being “overproduced, derivative pop music”. In sum, the “Which country has the most artificial pop stars” debate is pointless. Language aside, the biggest difference between Korean pop and Western pop is not production but marketing. Somewhere between the finishing touches on the next pop hit and the hit’s first public performance, K-pop and Western Pop diverge. It’s at this stage that Western — but not Korean — artists construct their own particular sense of authenticity.

How Western pop stars construct their brand’s authenticity varies. For female pop stars, this frequently involves ‘rebelling’ against the system. Rihanna has used hyper-sexualized lyrics and explored sexual topics like sadomachoism that make her seem alternative and edgy. Videos frequently employ subversive themes such as the occult (Ke$ha, Lady Gaga) and excessive stylized sex or violence. By appearing counter-culture, these performers can establish themselves as separate from a mainstream perspective, thus authenticating themselves as artists. Male pop stars, on the contrary, frequently produce simplistic videos that emphasize emotional connection, attempting to strip away their masculinity to appear in-touch with the viewer. While the production values are often high, the performer is made to seem average and everyday. 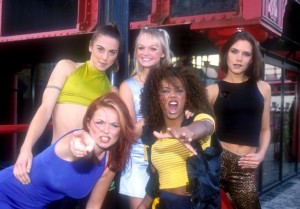 Even corporately-constructed girl groups like the Spice Girls took great measures to make themselves appear authentic. Elizabeth Leach, U. Cambridge Professor of Music, argues that the song and music video for “Wannabe” is specifically structured to make the group seem ordinary, and thus genuine. The song was written as if it had been improvised organically by the group, instead of being co-written with the producers in a songwriting session, and was purposely crafted as overly simplistic and repetitive. The video likewise quickly establishes the unauthentic ‘other’, in this case a group of elites at a fancy hotel banquet, then sees the members crashing their party. The ‘Girl Power’ brand required that the members both be everyday girls with no more than above-average talent and people uninterested in the music industry, where they might have to ‘sell out’.

Authenticity  — nebulous in definition and frequently ironic in application — is nevertheless essential to the Western pop ‘brand.” It’s a deeply held cultural notion that develops in fans of Western music along with preferences for genre and artist. Thus, it’s no wonder K-pop appears fake, as few performers attempt to authenticate themselves as “true artists.” Specifically, there is no attempt made to make the public think the members of a group have any more power than they actually have. When a group like Girl’s Day reinvents themselves for a single, it’s not hidden that this concept was invented by producers. Similarly, Dani was added to T-ara because of agency decisions and not member input. While this transparency might sink a group in the States, it remains the norm for Korean pop production. 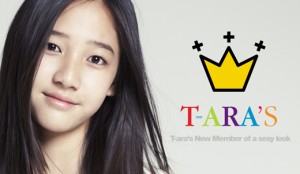 The fascinating, complicated, and ultimately unanswerable question then becomes: why are there such huge cultural differences in how pop stars deliver authenticity? Does it correspond to the rise of Korean popular music largely after the invention of the television, linking audio and visual to a greater extent than in the West? Does it relate to some vague sense of differences in cultural values — a comment about Confucianism here, romanticism there? Or does it reflect the relative novelty of the K-pop system, which may one day grow to require authenticity?

Certainly, differences in primary audience are important here; the predominance of male fans for female groups and vice-versa means that fans see idols not just as role models but as objects of affection. Because of this, an incomplete answer might be that Korean pop idols demonstrate their authenticity through their dedication and endurance training under a large agency. By the time an idol has debuted, they will have typically spent 3-8 years undergoing training, much of which is heavily and publicly documented. By witnessing an idol trainee’s sacrifices, the public holds little doubt that the idol is authentic in their passion and drive for performing. When idols disappoint fans by failing to show this passion, falling victim to a bullying controversy, a boyfriend scandal, or a malicious comment, fans don’t just desert the group but violently protest. It’s a similar reaction to that seen from Western fans about fake idols. While Western pop is largely concerned with getting across ‘authentic’ ideas, in K-pop it may be more important to have connections with ‘authentic’ people. 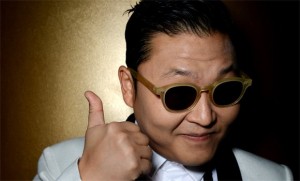 As hallyu continues to spread, the issue of how K-pop can adapt to a more international range of audiences will continue to arise. Adapting to a Western style might mean isolating core audiences in both Korea and Japan, but unless K-pop is able to shed it’s fake designation, it’s spread will be limited. Globalization of the music industry means the intersection of contradictory cultural values, and navigating this will be crucial for K-pop’s continued worldwide success.

In the next installment, I’ll talk about how Western journalists sidestep this issue by discussing the prevalence of plastic surgery in K-pop. Stay tuned!