The Return of Kim Hyun-Joong 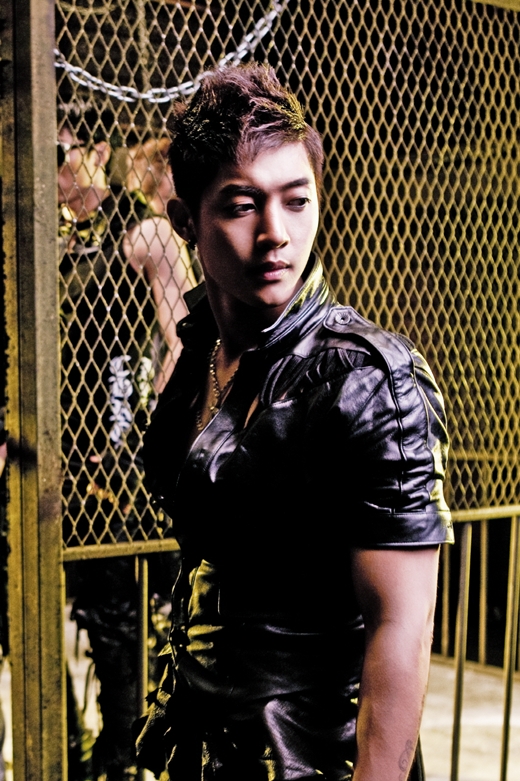 Kim Hyun-joong began teasing fans about his return to Kpop, minus SS401, back in May when pictures of him in the recording studio and in dance practice rooms were revealed via his management company, KeyEast Entertainment. A week ago, he released teaser videos of his song “Please” with the full MV for the song being released on June 2nd.  Promotions for his first solo mini album Break Down were kicked off  on the 7th at a fan meeting for 4,000 lucky fans.  For those not at the fan meet, their next glimpse into Hyun-joong’s comeback was the MV for the title track of his first solo mini album Break Down, which was released on the 7th.

The  song was composed by Steven Lee, the Korean American Composer/Producer who has previously written songs for several Japanese and Korean stars like of KAT-TUN and SS501.  The song was composed as an ‘urban south’ dance track with a strong bass line and synthesizer heavy featuring rapper Double K .  The MV is all black leather, underground dancing, and caged women.

To be totally honest, I was disappointed in the song and MV.  I had been anxiously awaiting Hyun-joong’s Kpop comeback and had high hopes after seeing the “Please” MV, but I wasn’t impressed by “Break Down.”  While the song does have a good vibe to it, it seems really manufactured, almost too slick, and there’s not much singing in it at all.  I’ll be interested to see his live performance of the song on the music shows, the first being Mnet‘s M!Countdown on the 9th, because rather than musicality the song seems to be all about putting on a good performance.  I wouldn’t say that it’s a bad song, but I don’t think it shows growth as a singer for Hyun-joong either.

As for the MV, it looks good, but there’s not that much substance to it other than being an MV for a dance track.  The first thing I thought of when I first saw the opening shots of the MV was Rain 2.0 with all that black leather.  While I’m a big fan of the color black, I find it funny how a more ‘mature’ or ‘masculine’ concept always seems to equate to black leather.  I find the choreography for “Break Down” better than that of “Please,” but it lost some points from me when Hyun-joong busted out into a modified “Urkel” (or was it a Pee Wee Herman?) at about the 1:21 mark.  The break that Hyun-joong had in his schedule while working on his album seems to have done wonders because he looks the most rested and healthiest he’s been since his Hallyu breakthrough in Boys Over Flowers.  Still not feeling his hairdo, but love the tailored shirt, man cleavage, and short sleeves that show off his biceps (triceps?  whatever, nice arms).

A problem that I had with the MV is one that has been becoming common in Kpop MVs as of late.  A seemingly conspicuous abundance of provocatively dressed Caucasian women slinking it up in a Kpop MV.  I have no problem with having Caucasian/foreign women in a Kpop MV as long as it is appropriate in the concept and that the standard deviation of the Caucasian women to Korean/Asian women is believable.  In most cases though, it appears as though the Caucasian women are added in to up the sex appeal in the MV and even legitimize it- as if having these foreign women in the MV means that it is so good even foreigners like it?  While I don’t care for it in the MV, I’m not really taking off points from the MV in my head for it because it isn’t something that just Hyun-joong is doing, it’s something becoming prevalent in Kpop in general so it would be unfair to just criticize its use in Hyun-joong’s MV. 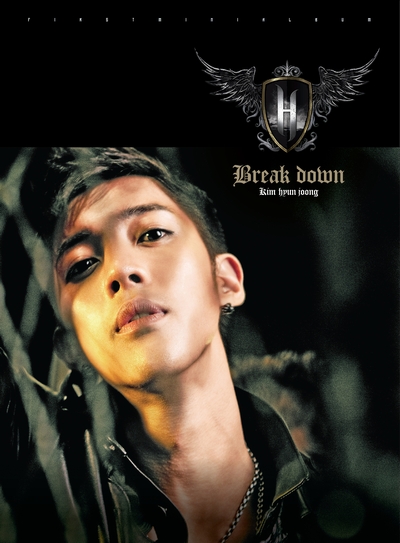 The mini album Break Down was released on June 8th, which also happens to be SS501‘s sixth anniversary since their debut.  Kim Hyun-joong has said that he felt much pressure in putting together his solo album, wanting to show a more mature and masculine side and to break out from the shadow of SS501.  KeyEast supported his efforts by bringing in top talent from Korea and abroad to aid him in producing the album that he envisioned.

The album has six tracks on it: 1. Intro (Let Me Go), 2. Break Down (Feat. Double K), 3. 제발 (Please) – 타이틀곡, 4. Kiss Kiss, 5. Yes I Will, 6. 제발 (Please) (Instrumental).  After listening to the whole album, I’d have to say that the track I like the least is the title track  “Break Down.” I find it weird sometimes how much I like some of the intros of Kpop albums and often wonder why these ‘intros’ aren’t made into a whole song.  As for the other tracks that have not been released: “Kiss Kiss” is a sweet upbeat love song, and “Yes, I Will” is an electro-pop dance track.  Upon first listen, my fave track would have to be “Kiss Kiss,”  I like its beat and Hyun-joong’s vocals in it are solid.

I’m not sure of the impression that Break Down has left on me as Kim Hyun-joong’s first foray as a soloist in the Kpop scene.  It’s not an Earth shattering debut, but I would say that it’s a decent start.  I became a fan of Hyun-joong after seeing him on We Got Married,  I liked his 4D personality and loved the interaction between him and Hwang Bo. I wasn’t a fan because he’s a great singer or actor, which we all know he isn’t.  After learning more about him, I respected his hard working ethic and appreciation of his fans as he often has free events and meetings for them.  Of course it doesn’t hurt that he’s gorgeous, but looks without substance gets boring after awhile, although the ‘awhile’ time period in Kpop does seem a tad longer than everywhere else.  One thing that I am sure of, is that Hyun-joong will keep working to improve himself which is an admirable pursuit.