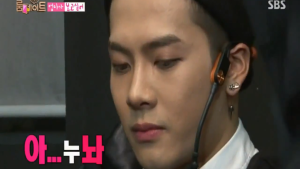 One of the first things you notice when you watch Korean variety or “reality” TV shows is how different they are. Awkward moments are made humorous with bomb animations, startling confessions are written in eye-catching hangul on the screen, and background music is used to show exactly how we’re meant to feel. But one of the biggest differences about Korean television when compared with American shows is the sheer amount of celebrities everywhere. There are American shows with celebrities, such as The Apprentice, but South Korea takes the gold for sprinkling stardust wherever it can. From nugus to industry veterans, Korean television is a way to make your mark.

There’s no arguing that South Korea has a unique celebrity culture. Around two-thirds of South Korean ads feature celebrities (compare that to about 10% in most other developed countries). Television is a way to see celebrities shed their perfect images and have some fun, share their heartfelt stories, or simply show a different side to their personalities (not to mention a way to increase advertising revenue). And no doubt it’s great to see your favorite singers and actors play a game of “of course” or being outwitted by Yoo Jae-suk. Variety segments such as The Weekly Idol’s random play dance always entertain, and simple pranks such as BTS’ awkward elevator ride are fun to watch.

But in the fierce competition to get viewers, sometimes television can go too far for ratings, often taking advantage of celebrities. One recent victim of some questionable pranks is Jackson from Got7. His quirky and positive personality seems to have made some producers think that he’s invincible to sadness. Two cases come to mind.

First, on Roommate (season 2, episode 10) Jackson was tricked into thinking that his sick mother was flying from Hong Kong to see him (because fake reunions with moms are always funny?). Seo Kang-joon egged him on, asking if he missed his mom and saying that she might be at his showcase. After getting visibly excited and calling out to his mom, Jackson was absolutely crestfallen to see comedienne Lee Gook-joo walk in. Jackson being Jackson managed to bounce back, but for a few brief moments he couldn’t hide his complete disappointment (which was, of course, replayed with close-up shots). Netizens voiced their opposition to this “prank,” which the show tried to hastily remedy by having his parents come for the Christmas special (season 2, episode 13). 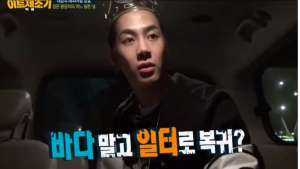 But then on Hitmaker (season 2, episode 4), Jackson was again given false hopes and told he was not only getting a mini-vacation but also going back home to Hong Kong. It was supposed to be his first overseas trip for fun, a chance to relax. But knowing full well that his manager had refused to let him miss his schedule, the show decided to have him pack his bags anyway (at 4 A.M.!!!!) and parade him in front of the airport. And just in case that wasn’t enough, we were treated to a long montage of Jackson refusing to believe it was a joke, and then finally accepting that he was not going home. Yes, Jackson would not have been able to miss the music broadcast. But it was the show’s choice to exploit his disappointment and make fun of him instead.

Jackson’s “prank” was a last-minute decision to take advantage of an opportunity, but even well-planned pranks can go too far. Nothing says hilarious like being kidnapped, driven over two hours to a remote location, and then having a gun shoved in your face, right? That was the prank in the short-lived series Humiliating Flower Boys (치욕 꽃미남 아롱사태). The premise of the show was to punish good-looking guys for…wait for it…being handsome.

The target for this particular prank was Park Jun-ho (aka Simon of Dalmatian), who hadn’t even debuted yet. Scary pranks are fine, but Jun-ho was blindfolded, threatened, insulted, manhandled and restrained for over two hours. Two hours! Shows like Scare Tactics work because they have the right mix of fantasy and a fast pace. Within a few minutes, the targets are scared then let in on the joke. But for Jun-ho, what could have been done in fifteen minutes was taken to the point where it became all too real. I’m just hoping it was scripted.

And then there are the shows which take entirely private matters and exploit them for entertainment. On Share House, fashion designer Kim Jae-woong (Project Runway Korea) was basically outed on national television. The insensitive manner in which he was practically coerced to confess was a terrible way to address the issue of coming out. Kim Jae-woong said that he was confident and had no intention of hiding it on the show, and we’ll probably never know if the confession was real or staged. But either way it was a poor example of how to talk about homosexuality, particularly in a country where many LGBT individuals are forced to lead double lives. 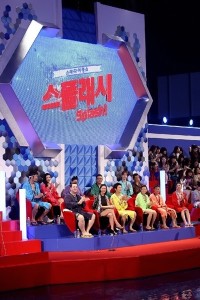 Pushing people to the extremes and holding them up to unreasonable expectations is also a way to make a show stand out. In Star Diving Show/Splash, celebrities competed in jumping off high diving boards. Let me say that again. These are celebrities jumping off of high diving boards, some as high as ten meters. These weren’t the fittest celebrities to begin with, let alone professional athletes. The show was cancelled after only four episodes because the cast, predictably, suffered so many injuries. The final straw was when comedian Lee Bong-won injured his face on the swimming pool floor during practice, which required hospitalization and surgery.

One of the strangest cases of going to extremes was the show Unsolved Mystery Case Files: SS501’s S.O.S (2006) which was also cut after only eight episodes. Someone had the great idea to have baby-faced boy band members try to solve crimes (I wish I was kidding). The show really went all the way, having SS501 interview witnesses, examine evidence and visit crime scenes. The series began tamely enough with a missing person’s case, but even in that episode the members got pushed and hit by angry villagers. It became so dangerous that by the last episode the production team performed the investigation while SS501 discussed the cases from the safety of meeting rooms. After all, idol training doesn’t exactly prepare you for fighting off sickle-wielding religious fanatics.

People may argue that celebrities should expect this kind of treatment as part of the cost of fame. But even non-celebrities are not spared. SBS’s dating show The Mate faced a whirlwind of criticism after a 29-year-old female contestant committed suicide on the set. The show, which debuted in 2011, put men and women in a guesthouse for a week. The contestants had to do different physical challenges in order to get a date with another contestant. Past participants complained about being bullied and humiliated by the producers. For example, if a contestant was rejected for a date, he or she had to eat outside alone. The victim told her mother that she would not be able to live in South Korea if the show aired, partly because the producers were trying to portray her as an unpopular, pitiful girl. SBS issued an apology and didn’t air the episode, but it did not take any direct responsibility for the suicide. 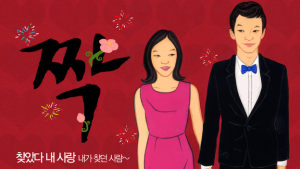 South Korea is certainly not alone in the extremes that it will go to for ratings. But given that many of the celebrities we love are in no position to refuse a TV appearance, it’s up to us as consumers to stand up for them when producers abuse their power. No one, famous or not, deserves to be put in danger or humiliated for ratings.

So what do you think? How did you feel about these shows? Do you have any examples of when you thought shows and segments crossed the line?