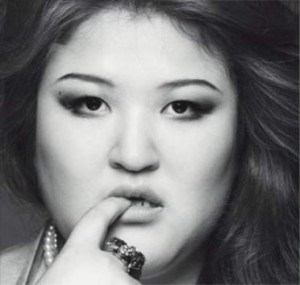 The landscape of variety TV is littered with all sorts of personalities, and none are more boisterous than those of comedians. Comedians are known for bringing the laughs constantly in programming and keeping things lighthearted, but there is one comedienne who is garnering a lot of attention lately. Her name is Lee Gook-joo, and if you don’t know much about her, then you don’t know how much you are missing out on this fabulous lady.

It took her nine years of endless toiling, but various appearances on TV programs lead to a growing popularity for Lee Gook-joo. Although she is a regular on the show Comedy Big League, it was her idol dance parodies that garnered her more attention. Notably, she covered Hyuna’s “Red” and Apink’s “Mr. Chu” with a shameless bravado that would have anyone on the floor laughing.

Currently, Lee Gook-joo is one of the charismatic cast members of Roommate 2. Female comedians are not new in the world of variety, but what makes Lee Gook-joo special is her exuberant spirit and confidence. Her bubbly personality and fearless command of the screen make her one to watch as she charms those around her. She never hesitates to show off her dancing skills and acts as the resident big sister to the younger members of the household.

On the show, Lee Gook-joo fits in naturally as she teaches Kara’s Youngji how to cook, or shows off choreography to SNSD’s Sunny. The most entertaining exchange is that between her and Got7’s Jackson. He follows her around more than the house’s puppy, constantly seeking her attention. He even bought her new bed sheets and gave her one of his prized jerseys for her stuffed toy. It is her roommates’ respect for her that leads one to the conclusion she has created a tight bond with them.

Her compassionate nature is contagious enough to infect the minds of a couple of male idols, which includes Super Junior-M’s Henry. Henry tweeted about her being his “girlfriend,” which probably earned her some jealousy along with applause from fans for catching the handsome singer’s eye. Male idols are not known to profess an interest in anyone unless she happens to be the “It” girl of the moment, so what could this mean for Lee Gook-joo? Does this signal a change in tastes among young males? Could the days of mooning over prudish goddesses and delicate fairies finally be seeing an end? 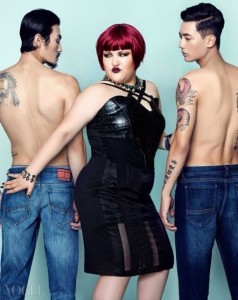 This is something of a rarity for a person like Lee Gook-joo because typically female idols and actresses dominate the field. Everywhere one looks the same familiar features are seen in music videos and on magazine covers: thin and prim with a pristine appearance that carries titles like “goddess” or “fairy.” Although Lee Gook-joo is not ugly by any standards, in terms of what has been typically marketed in Korean entertainment, she certainly does not come to mind as a cover model.

Yet, here we have her gracing the pages of Vogue Korea, GQ Korea, and Marie Claire, looking every inch the fierce lady she is. She embodies something that most words cannot define; she is purely indescribable. There is not a hint of irony or satire in her pictorials; in fact, she practically dares you to just try to ignore how fabulously stunning she is. Her confidence is so overwhelming that it can’t be contained in the mere pages of a magazine alone.

In AoA’s “Short Hair” MV, her comedic skills are highlighted in the role of a hard-to-please male patron. She also commanded attention in Kidoh‘s “Taxi on the Phone” MV as his backup dancer, showing off her sexy, vivacious side.

The most recent news surrounding Lee Gook-joo signals what could possibly be the greatest shift in beauty standards in Korea as she becomes the newest model for cosmetics brand ElishaCoy. Any idol or actress could have been chosen, but it was Lee Gook-joo who piqued the interest of this brand. Any number of reasons can be given for her selection, but the point here is that a female comedian has broken established barriers here. 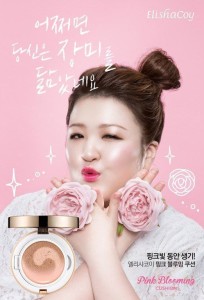 What should be noted most is that Lee Gook-joo doesn’t want herself to be placed in the role of an attention-seeking, boy-hungry ahjumma like some of her other counterparts. The way she sees it, since we all carry flaws in ourselves, then no one is inferior to another. She is not allowing her weight to pigeonhole her personality, which she has expressed in an interview. Unlike what some would have you believe, she is fully capable of expressing her true self without apology and refuses to be discriminated for superficial reasons. Her physical makeup will neither hinder nor propel her for the simple fact that she has made up her mind not to be marketed through purely visceral means.

Having someone like this come into the market as a new role model for women is a welcome change in Korean entertainment. Lee Gook-joo doesn’t shy away from the spotlight because others would deem her unworthy, but rather she exhibits a glowing confidence that isn’t to be underestimated. She is a role model for those of us who appreciate a fun, outspoken woman who isn’t afraid to work her way to the top. She knows what she wants and understands that the key to success is a positive attitude, compassion, and diligence. Lee Gook-joo is more than a comedienne; she is a representation of what anyone can achieve if she believes in herself. 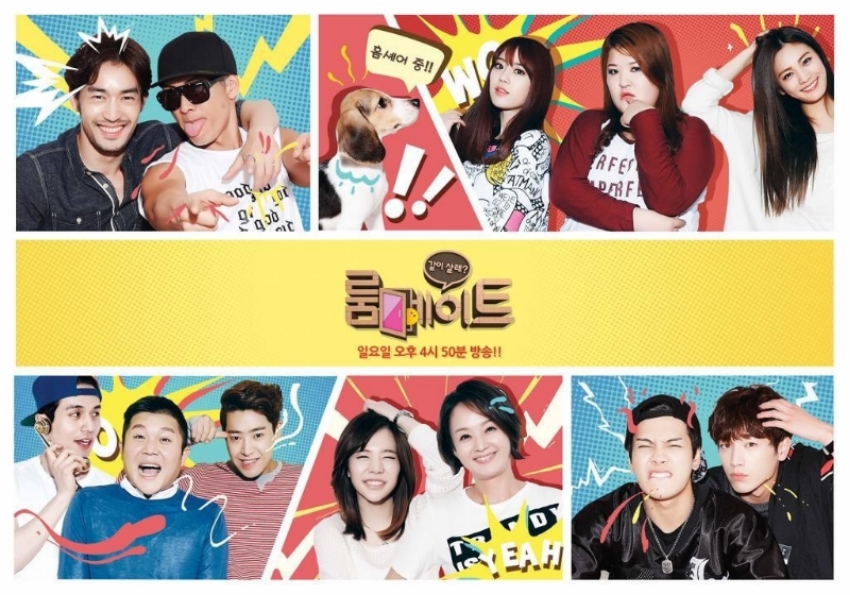 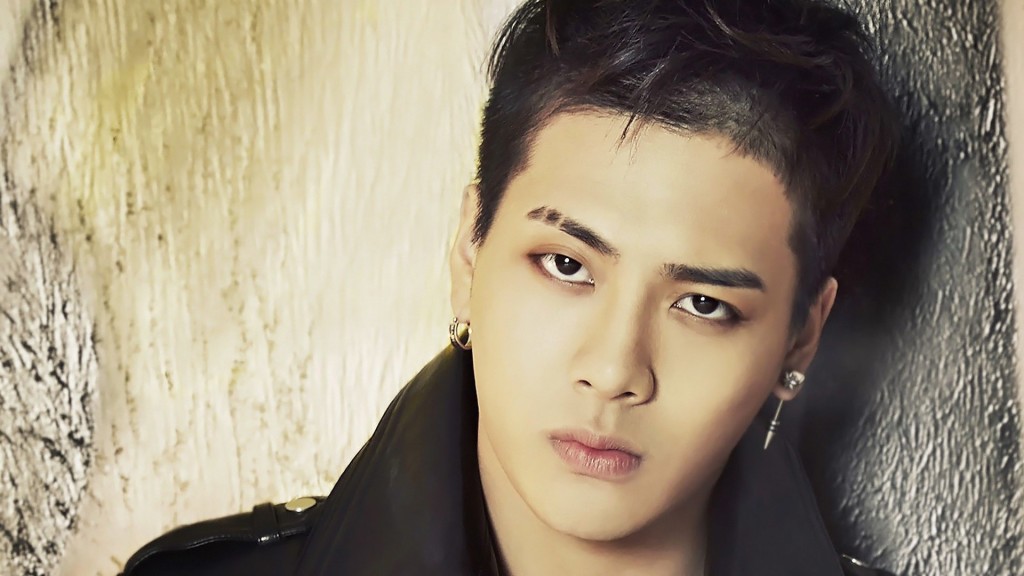