Rocking to Burstered's "Whenever You Call Me" 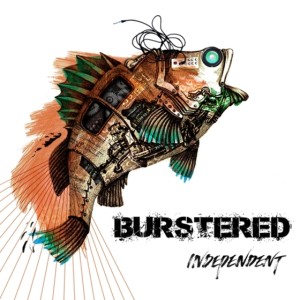 With the Hallyu movement spurring an onset of attention to the Korean music landscape, K-pop has the dubious position of flagship, representing the country to those unwilling to delve further into the rich music scene in Korea.

Of course, there’s more to Korea’s music industry, as it continues to grow with a lot of acts tackling genres that aren’t necessarily limited to the pop song and dance. More artists are emerging and nowhere is this more apparent than it is with the popularity of talent shows. The scene seems to be moving towards finding those with real passion and talent in music, and giving them a larger platform to make a statement.

One such group that has made their way to the public is Burstered. They are a band comprised of five members that gained popularity during their stint on Mnet‘s Superstar K6. Members include No Dae-gun on vocals, Jung Sang-yun on drums, An Jun-yong and Lee Gye-jin on guitars, and Cho Hwan-hee on base guitar. Their story on the show was a compelling one that endeavored to explain their band’s name. They were struggling to achieve their dreams, so they would work in the fish markets during the daytime to get by.

Burstered’s title song, “Whenever You Call Me” from their album is immediately different from most K-pop songs. They are a rock band first and foremost and they showcase those sensibilities. The band’s YouTube page labels them as a rock and core band.

The introduction of the song sees the guitarists opening with nice chord progressions and an airy bassline. The lyrics weave a story about emerging from the loneliness of darkness and stepping towards the light. It is supposed to be a positive song about being able to rely on someone even in times of hardship. As the drums kick in, the song shifts into a more pop oriented rock track. The vocals belt out familiar hooks and the lyrics become more romantic in scope.

“When your heart calls me, I’ll be your star.

I’ll be your light, I’ll always shine on you.

Don’t be left alone in the dark.”

During those choruses is where the melodies become more reminiscent of other popular K-bands like CN Blue or FT Island. However, unlike those bands, the guitar progressions skew to pop punk with more chord progressions and louder guitars among the pop melodies. 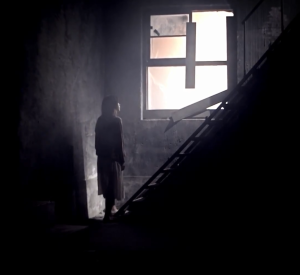 MV wise, there is an interesting use of color throughout the video to convey the lyrics. Cool and warm tones in the sky become sonic vistas as the band plays in front of a blue and orange tinted skyline. Furthermore, light and shadow are wonderfully used to portray movement. The main character of the MV is a girl who at the start moves through a door and continues running toward the better lit area. Shadows are cast in the foreground of a frame. As the protagonist, she moves towards the light and we often see the back of her head moving towards the back of a frame.

There is a sense of loneliness as she navigates through empty streets at the beginning of the video, and later on although the streets are busier they are muted in color expressing that sense of isolation. Eventually, when we see her emerge, face-forward, the original pattern of the camera looking from the back of her head is reversed, as she opens the door and steps onto the set where the band is playing.

Another impressive quality of the MV is the showmanship of the band. Aside from the artistic cuts, there are shots of the band playing their instruments live. They give off great energy here as they add neat guitar tricks — swinging them around their necks and pick up playing where they left off — to synchronized movements. Even individually, they are immersed in the music. In shots where the camera spins in a 360 motion from the inside, they each showcase and add their own color to the song. The members jibe with one another as they hit large chords — punctuating those notes with head bobs and movement infusing their bodies with the rhythm.

Burstered is a great addition to the music scene. As a pop band, their progressions and style deviate in enough interesting ways from other prominent K-bands at the moment that they can make a definite mark in the industry. “Whenever You Call Me” wants to be that memorable pop rock anthem as the group adds the sing-along-able “la la las” at the final thirty seconds of the song; It wants to be a little bit of everything, that might be my biggest issue with it. After a cool subdued intro where the instruments could be heard clearly, some of the verses afterwards where the tempo increases sound choppy and are not all that memorable. While not perfect, this was a solid showing from the Superstar K6 top 6 finishing rockers.