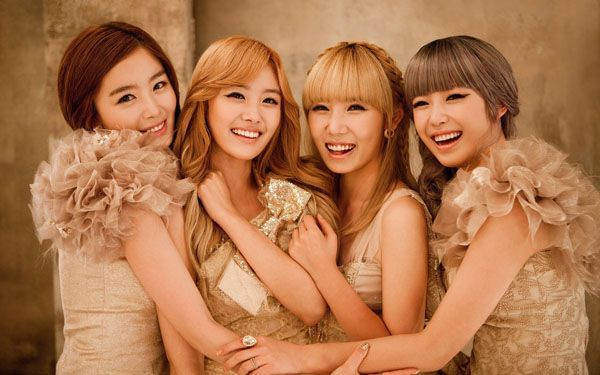 Or, as I like to call it, “What Not To Do If You’re Debuting In Japan.”

Secret is the latest K-pop band to try their hand at the Japanese market, having announced plans for their formal Japanese debut several months ago. Their first Japanese PV for “Madonna” was recently released, and it is a trainwreck.

Okay, maybe ‘trainwreck’ is too harsh a term. Superficially speaking, it’s not a bad video by any means. But there are so many things I hate about how these throngs of K-pop groups are suddenly flocking to Japan….and half-assed material is one of them.

I mean, seriously guys. Just look at the “Madonna” PV, which is almost identical to the original Korean MV and is far more inferior in quality. I’m just so sick of all these K-pop companies thinking that it’s perfectly okay to plop their old Korean material in Japan and expect it to take off after saying that magic word: “Hallyu.”

Prior to seeing the “Madonna” PV, I already had a huge issue with groups like Beast and SHINee who make these Japanese “PV”s that don’t even attempt to respect the artistic style of the Japanese pop music scene or market. But as culturally appropriative as the Japanese “Replay” and “Bad Girl” PVs were, at least they featured some original ideas. With “Madonna,” it’s like they didn’t even try.

God! I used to be all gung-ho about K-pop artists trying to make it in Japan because it oftentimes resulted in some comparatively quality material (see: DBSK and BoA‘s Japanese repertoire) but at this point I wish everyone would just stop and go back home to Korea…where the domestic pop scene isn’t doing too hot, either. For whatever reason, it seems as if Korea’s really proud of the presence that Hallyu currently has on the global stage. But with the nonsense K-pop is pulling in Japan, I think that they’re really just fooling themselves.