Which co-stars of blockbuster budget drama (but sorta ratings flop) “Athena: Goddess of War” had a secret rendezvous in the most romantic city in the world??

No. He’s busy wearing fur hats and singing and dancing with SUJU M.

Nyet dudes, he married his sweetheart and they are living happily ever after with their kids. (She’s so lucky!)

Iie. (That’s ‘no’ Romanized in Japanese.)

If you had been counting down the male leads of the show, that leaves only the smoldering Jung Woo Sung! Now, who was he traipsing about in Paris with??

Well, if not Soo Ae, that leaves only Lee Ji Ah.

Word on the streets (of the secret agencies known as the Kpoparazzi and internet) is that the two flew to France via United Arab Emirates Airline (ooohhh to throw us off their scent!) with one sitting in business and the other (cough*Lee Ji Ah*cough) sitting in economy (so sneaky!), and that neither were accompanied by managers or staff reps, nor had any business bringing them to the City of Light. By my keen deduction that can only mean one thing, folks. These two were going to Paris FOR. PLEASURE. 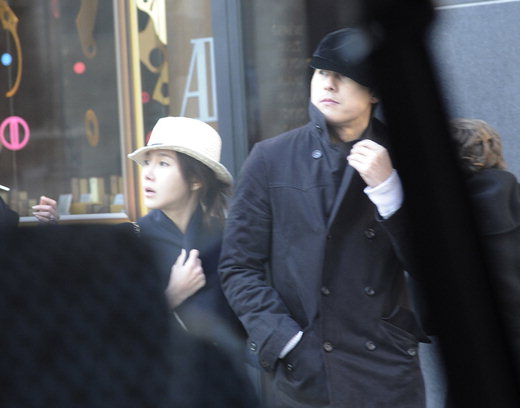 The two were spotted strolling along the Champs-Élysées on March 6th. Dun dun dun…

PS. I didn’t realize that Lee Ji Ah is 30- she looks 20! And Jung Woo Sung, for all those who care, is 38…perfect age to get married methinks. Anyway, I think they look good together-and I love their matching incognito outfits!! Hopefully they’ll forgo all the secrecy soon and come out with their relationship! 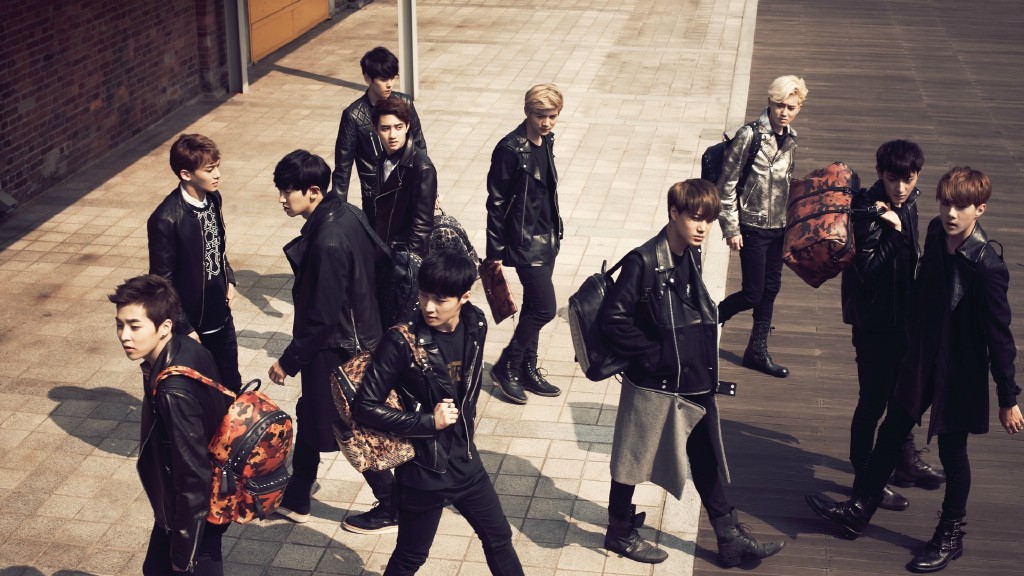 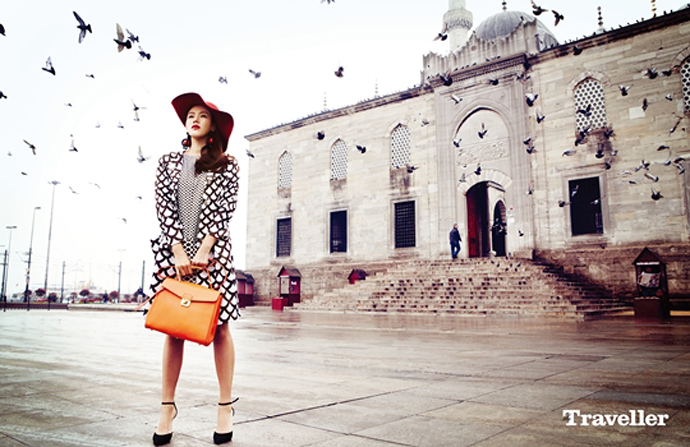