Every industry is full of scandals and this year was no exception for K-pop. Just like any other K-pop fan we hear at SeoulBeats stayed glued to our computers, phones, and TV screens in anticipation of what news we’d hear next. We held a poll to determine your picks for 2011 and your opinions varied as well as ours. Your choice for biggest scandal was Seo Taiji & Lee Ji-ah’s Secret Marriage and your least voted scandal was KARA’s Contract Dispute. It’s been a rollercoaster ride to say the least, but here are our choices for biggest and smallest scandals in K-pop for 2011. Three of our writers (Madina, Peggy & Renie) weighed in on what they thought were the biggest/smallest scandals of the year. We couldn’t come up with a clear concensus so without further ado and in no particular order: 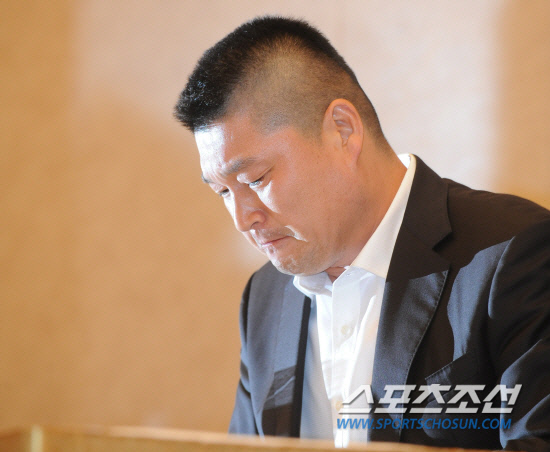 The Kang Ho-Dong scandal is the one with the farthest-reaching consequences in the Korean entertainment industry. It affected not only the entertainer himself, who voluntarily withdrew from all public activities, but also his co-stars, television networks ratings, endorsement business partners and television advertising revenues. The networks had to scramble for replacements, some opted to cancel the programs altogether (as did MBC’s “Knee-Drop Guru”).  “Strong Heart” had to continue on the shoulders of Lee Seung-Gi, and all 1N2D cast members had to step up their game to fill the void of larger-than-life Kang Ho-Dong. What also makes this scandal more perplexing is that it all essentially boiled down to much ado about nothing: Kang Ho-Dong was cleared of any criminal wrongdoing by the Korean Tax Service and the Seoul Public Prosecutor’s Office. However, the very scandal-averse nature of K-television scared the networks into pulling Kang Ho-Dong’s name from any of their award nominations.

Out of all the scandals, this one had the most severe consequences and irreversible damages, after all death has the unfortunate characteristic of being permanent. It may not be a leaked sex tape or a secret marriage, but the terrible car accident resulted in the death of a motorcyclist and the reckoning of an idol.

Refresher: On May 31st, 2011, Yeongdeungpo police received an emergency call from the nearby Yanghwa Bridge at 1:30 AM.  When they arrived on the scene, the police found out Daesung‘s car rear-ended a taxi and motorcyclist Hyun (30) on the ground, with his damaged motorcycle. According to reports, the taxi driver had seen the motorcyclist Hyun on the side of the road and had managed to avoid the accident. He then pulled over and turned on his emergency lights. There was another car after the taxi, who also managed to avoid the motorcyclist. However, Daesung wasn’t able to avoid the accident and rear-ended the taxi, running over the motorcyclist in the process.  On June 23, 2011, the police released the following statement regarding the autopsy of the motorcyclist: “While the victim was severely injured from the prior accident, the second accident occurred within 132 seconds of the previous. We have come to the conclusion that Hyun most likely did not die during that 132 seconds.” 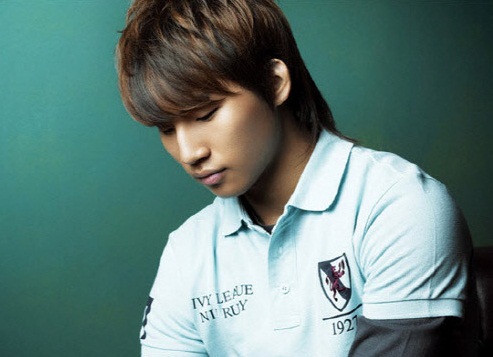 I truly cannot imagine the pain and anguish that both the family of the motorcyclist and Daesung went through.  Although both parties had reached a settlement, this isn’t something that money can fix. And it was obvious that Daesung felt guilty and haunted by this accident. It was reported that the first 3 – 4 days after the accident was the hardest, and that he was glad to have his faith in God to fall back on. In those few days, he was able to see why many Korean celebrities committed suicide.  So it was no surprise that he volunteered at his church during this period of hardship. Although Big Bang had their fair share of scandals, I felt that Daesung’s scandal trumps all the others. Face it, the consequences of his accident cannot compare to marijuana charges or accusations of plagiarism. A life was lost and that’s not something to be taken lightly.

This is one of those scandals were only few people have gotten away unscathed in their careers and those people usually don’t reside in Korea. I don’t see this going well for former Miss Korea Han 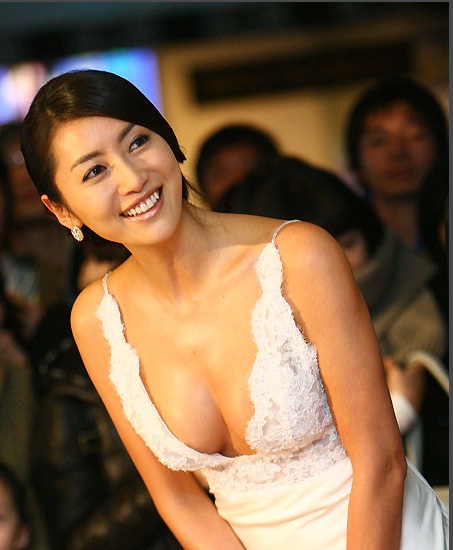 Sung-joo. This is one of the sagas in Korea that is rarely shown to the public. Like one of our readers suggested, Korea almost seems unblemished at times so when situations such as this happen one gets smacked back into reality that Korea is like any other country filled with people just as human as any other. Unfortunately for her I don’t see her making a return to glory anytime soon. Korea’s conservatism will make sure of that and her embarrassment on the situation will probably add to keeping her out of the public eye. All of these situations look like they can be pieced together to become a best-selling fictional book but unfortunately it’s real and these images will scar Han Sung-joo for life. Her ex is also letting it be known that she is not what she portrays to the public. More and more private information is being spewed about the situation as time goes by only tarnishing further any good image she had in the public’s eye. This is still an ongoing process which will begin to unfold even more as the year goes by and even into next year. With her ex still speaking words such as “I want to emphasize that everything I’m saying is 100% true and that it the celebrity is in fact ‘A’. All the files and documents I have will evidence that what I’m saying is true. If it is needed, I will gladly reveal everything in court. Her suing me will not change the past. If I was only trying to defame her character to a certain extent, I wouldn’t even have started all of this. If need be, I will gladly go to court. Invasion of privacy? I’m just trying to tell my unfortunate personal story. How is that an invasion of privacy?”  This is only adding more fuel to the already out of control flame. The only thing left to do is sit and watch what unfolds next.

SMALLEST: Wait, why is this even making the news? 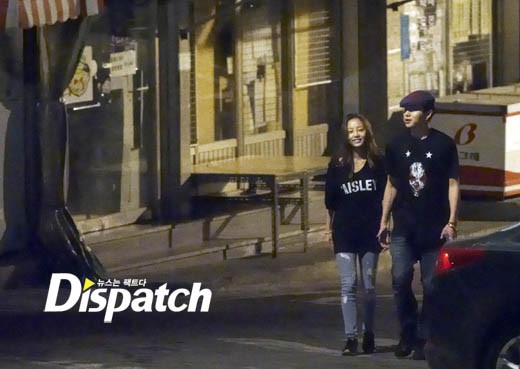 On June 9th, 2011, Dispatch reporters photographed KARA’s Goo Hara and BEAST’s Yong Jun-hyung on a date.  They were also seen together on June 13th in Hongdae, Korea’s top dating hot spot for college students.  Then on June 28th, both companies released statements confirming that they were seeing each other, and it had been a month into the relationship.

I never really understood why dating scandals were such a big deal in Korea. In an industry brimmed with young beautiful people, wouldn’t it be obvious that they may be dating one another? I’m all for them being cute together and making each other happy, because I need them happy to make me happy. Who wants to listen to forlorn music and watch lackluster performances? Nothing lights a fire underneath you than amore. That being said, it always baffles me when this type of news gets labeled as a scandal. Why is dating considered scandalous? Aren’t there more hair-raising schemes afoot? Shouldn’t people be spending more time uncovering that instead of focusing on how celeb A was seen with celeb B at Starbucks?

And that’s why this scandal was the worst scandal of 2011 for me. It wasn’t even remotely scandalous. Did they secretly get married? Did they open a drug ring? Did they hatch a nefarious plot to rule the world?!

This was the biggest glimpse into seeing the disarray between the group and their company and the group against other members of the group.  With the light shed on this case, outsider fans and non-fans alike got to see the way KARA’s company was treating them. It was brought to light that the girls were overworked and underpaid and the distribution of the wealth was most likely unfair. We also saw tension build between the group members and specifically Gyuri. Parents began to meddle into the girls’ business and questions about the girl’s leadership (both Gyuri and the company) began to fly. We saw the threatening of disbandment and plenty of tears, but it all came to a tipping point and progress was eventually made. I think deserves the smallest scandal spot because this actually brought more good than bad for the group. Eventually after all the dust settled KARA became a stronger group. They gained a strong identity and bigger promotion. The Korean media even began to take them more seriously and they gained an even bigger Japanese following. They got better promotions for their Korean comeback, better pay, and more fair management. They even got to renegotiate their contract with more power in hand. Something most idol groups don’t have. Goo Hara even got to reveal her relationship with BEAST’s Jun-hyung which I believe wouldn’t have happened had KARA not been given more freedom. Maybe it was against the company’s will but I feel she felt she could given the recent circumstances. All of these events ended up building buzz and publicity for the group which has led them to be the biggest K-pop act to venture into Japan. 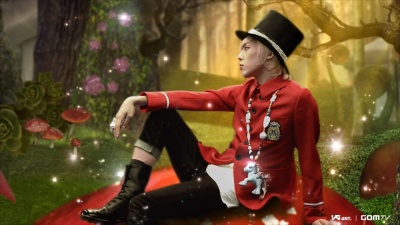 For me it was definitely G-Dragon’s ganja bust. In the name of artistic creativity, maybe all K-Pop management agencies should do a collective round of joint-puffing (I mean, apology/bow/self-reflection). For an industry that makes soju-swilling into a cult in dramas and variety shows, viewing a pot puff as a deadly sin is a wee bit hypocritical, methinks.

So what were your individual choices for biggest and smallest K-pop scandals in 2011? Do you agree with our picks?