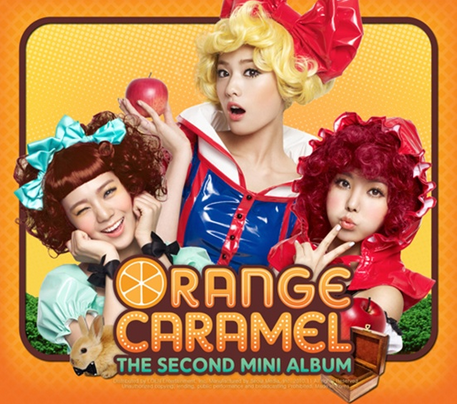 I loove that random-ass magic bunny in the corner.

Orange Caramel‘s mini-album will be out soon, and thus will the accompanying video, “Ah-ing”. Pledis released the MV teaser and while so far it doesn’t look so ‘Orange Caramel-ish’ after having seen the concept photos I think we all know better. Looks like it may be 2NE1’s ‘It Hurt’s’ video on acid.