BEAST wants you to fly with them

While they’re in concert, that is. 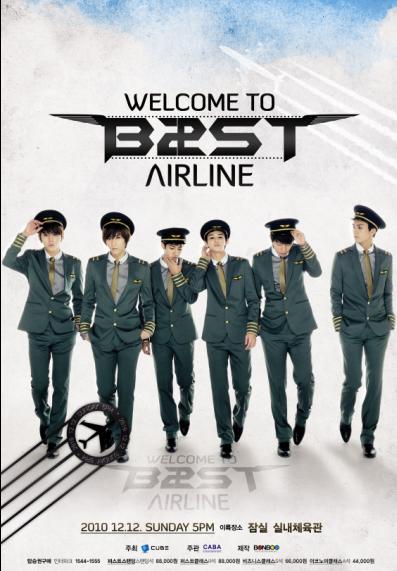 Barely two weeks after celebrating their 1st anniversary on October 14, the sextet released today details of their first solo concert. They will perform on December 12 in the Jamsil Arena in Seoul. Fans can look forward to a “flight-themed” concert as portrayed in the promotional posters.

This coming after their latest hit mini album, Mastermind, has put their fans’ knickers in a twist. In my opinion, the boys have just about the right number of songs to make a rather entertaining concert – of course with solos, covers and whatnot inserted in between.

If you’re keen on becoming one of BEAST‘s pioneer passengers on “Flight No. 101212”, keep an eye on the Interpark site as tickets go on sale later today, October 26th, at 8PM sharp (KST).