Vixx Proves their Versatility with "Dynamite" 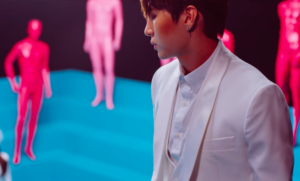 Vixx is back this April with a new single album, Zelos, and it’s title track “Dynamite”!

With the release of the Zelos concept teaser, fans were anticipating another dark release from the group that has made angst their signature. Suffice it to say, many were surprised when the MV dropped and it became clear that the concept trailer was actually a black and white version of a very colorful and musically upbeat release. But, the surprise was by no means a bad one.

It’s almost unfair to say that dark concepts are Vixx’s hallmark, because Vixx has proven time and time again that they are no strangers to versatility. They’ve rocked plethora of concepts from the cheesy cuteness of “Rock Your Body” to the charming pretty-boy vibes of “Love Equation,” the sentimentality of “Eternity,” all in addition to the dark, angsty tones of “Hyde” and “Error.” With “Dynamite” Vixx changes it up once again to showcase a more funky side of their musicality, and it definitely impresses.

Don’t let the upbeat feel of the track fool you: “Dynamite” is not a happy tale. Rather, the track centers around a love story that’s coming to an end, and the frustration and betrayal the members feel. Instead of moping though, Vixx sings of drowning their sorrows in alcohol and aggressive denial.

Someone is messing around with me

We’ve just missed each other,

The time is too late, I try turning back the clock

I got one night, let’s wreak havoc 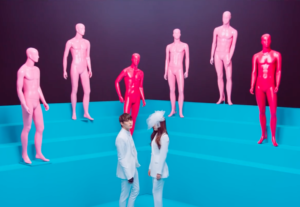 In this sense, the MV does its best to capture the building tension that the lyrics point towards, but the track musically falls short of conveying. Between the scenes of group choreography, the members brood in their solo shots — Leo goes so far as to pick a fight with a mannequin — all while a veiled woman lingers about. These angsty shots climax in a colorful, smoky explosion — after which all the members let out their frustrations by helping their boy Leo in his war on mannequins. (Don’t worry, the symbolism of it all isn’t lost on me.)

The color scheme is fully saturated, yet the MV maintains a dark element with the contrast of all the bright hues against black, ominous backdrops. The visuals feel like they’ve taken a page from Exo‘s “Love Me Right,” but toned down the Tumblr aesthetic in order to showcase the true strength of the MV: the choreography. Vixx has always excelled with complex group choreography, and “Dynamite” is no exception. The members weave around each other, thrust and twirl — I think they even shuffle at one point — and it all looks so effortless. Watching the MV only makes me more excited to see “Dynamite” performed on music shows. 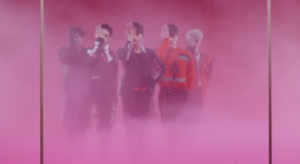 As for the track itself, “Dynamite” may be Vixx’s most well-produced single. Getting the comparison out of the way early: there are unmistakable Shinee vibes to “Dynamite.” In fact, through my first listen, all I could think was how much “Dynamite” reminded me of some Misconceptions B-sides. However, this comparison — for me at least — is a strength, and a testament of Vixx’s ever-growing versatility. Shinee are the masters of mixing new concepts, funky sounds, dynamic vocals, and performance elements. “Dynamite,” in that respect, delivers all around. But beyond the similarities, there is something still distinctly Vixx about “Dynamite,” which helps make the track even stronger.

Above all “Dynamite” excels in it’s production and execution. There’s so much going on throughout the track, but it never feels overwhelming. The dynamic rhythm elements balance perfectly with the sampled electric instruments and brass; while the vocals are intricate and complex but still manage to blend into a cohesive soundscape. There’s so many layers of sound and styles thrown together into the up-tempo track: the heavy intro bass, the bouncy sound effects of the pre chorus, the funky breakdowns in the chorus, and the openness of the slower bridge. Yet, all these backing elements blend seamlessly and enhance the already layered vocal elements rather than distracting from them. 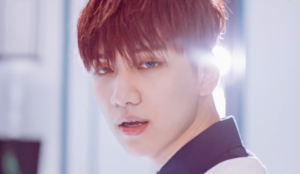 My only real gripe with “Dynamite” is that there’s a lingering disparity between the upbeat feel of the track and its concept. While the lyrics rage against the pain of heartbreak, and the MV features destruction and the members’ frustrated gazes, the track itself is deceptively peppy. Perhaps the track is upbeat because it’s an ode to a forgotten night of forced merriment in order to forget the pain of being jilted by a lover. Even with that in mind though, when listening to “Dynamite” — especially as someone not fluent in Korean — I don’t feel much of the frustration the lyrics spell out in the music itself.

What’s great about “Dynamite” is that it showcases Vixx’s versatility and dynamics, while also maintaining the darker maturity that has distinguished them among their peers. Despite it’s strengths, “Dynamite” has generated mixed reactions. Maybe this is because “Dynamite” is technically a great pop song, but it’s lacking that hook that prompts me to put it on repeat for days. Yet, each time I listen to the track, I discover a new element that impresses me. It’s not my favorite Vixx single by a long shot, but it’s also impossible for me to deny that “Dynamite” is a musical gem deserving of many praises.