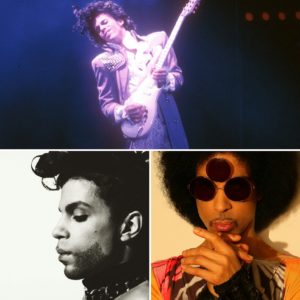 As our readers have no doubt heard by now, the world, has lost one of its most important, revered, and treasured artists. Prince was without a doubt a singular human being, someone who not only loved music, but also he was arguably its greatest student and disciple. He could play virtually any instrument, wrote constantly, and never once compromised who he was. No matter public opinion about his many personae and uncompromising personality, no one can deny the influence he had on his peers and every artist that came after him.

It’s no surprise, then, that his influence was heavily felt in the K-pop world. From fashion to concepts to music and videos, Prince’s mark is in virtually every nook and cranny of the genre. Though his style and talent were unparalleled and certainly incomparable and unduplicated, there isn’t an artist or group (or record company breeding them) he hasn’t touched in some way.

In the wake of his passing, dozens of Korean musicians and pop stars paid tribute, sharing stories, favorite songs and performances, or simply giving thanks to the man and his vision and sending condolences to all those closest to him, which numbered in the hundreds including people the icon collaborated with or mentored. Taeyang, G-Dragon, Tasha and Tiger JK, Lee Juck, Mirrorball Music, Snacky Chan, Oh Hyuk, JYP, and Jo Kwon, among others, all shared their thoughts and emotions about the man and his impact on their lives. On Friday, as Minneapolis wept, and a rainbow formed over Paisley Park, all hearts turned purple.

Prince was always conscious of his mortality, a constant theme in his music. But no one was ready for him to pass on so suddenly. He will be greatly missed, and his music will live on forever.