March is finally upon us, and that means it’s time to start the opening round of this year’s competition. The rules are simple — you determine the winner of each matchup by voting for who you want to see advance to the next round. This process will continue throughout several rounds of elimination, culminating in the crowning of our 2015 March Madness Champion at the end of the month.

Check out the complete 96-player bracket to see where your faves stand: 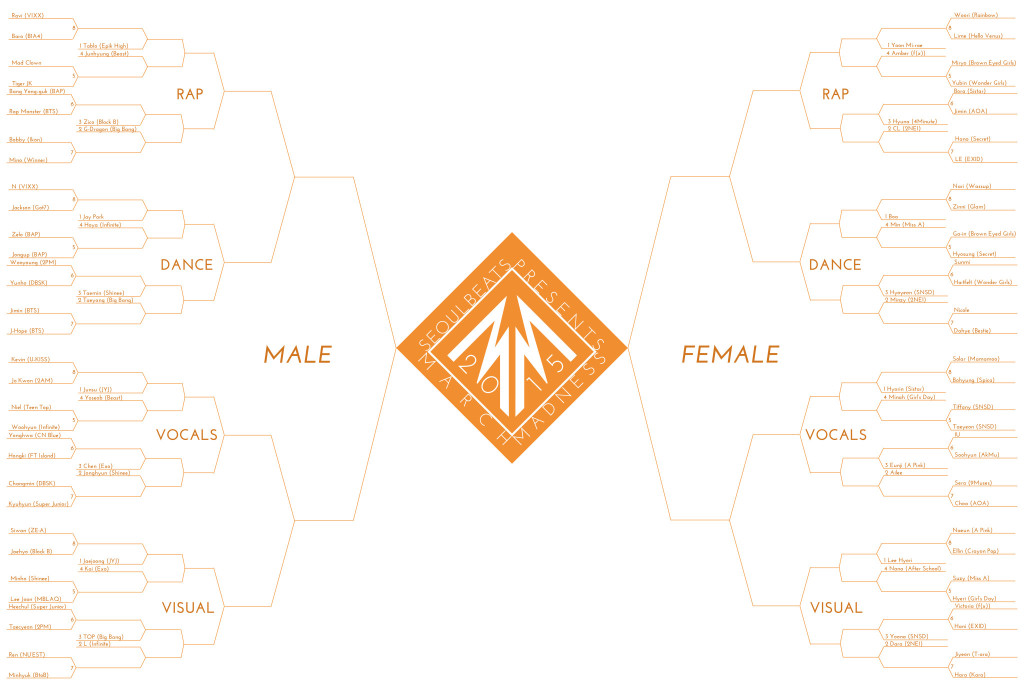 We’re also extending the March Madness Pick ’em Contest deadline by 24 hours. You have until March 1 at 11:59 PM EST to submit your predictions and enter for a chance to win a $50 gift certificate. Click here to learn how to enter. Submissions made after tonight will not be considered so don’t miss out on your chance to put your knowledge of K-pop fandom to the test!

Below are the 32 matchups for the Qualifying Round, consisting of all the lower seeded participants. They will be competing for the chance to face the higher seeds in the following round. This round of voting will end and polls will automatically close on March 5 at 11:59 PM EST.