Keep the Color: Why Whitewashing Needs to Go 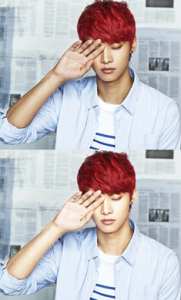 There’s no denying that an issue with colorism exists within K-pop. Whether it’s the open teasing that darker-skinned idols receive (from both their fellow members and their fans) or the equation of tanned skin with sexiness, negative attitudes toward those of darker complexion rear their ugly heads from time to time. While fans are often quick to call out those who make offensive comments or jokes, colorism more quietly inserts itself into the awareness of both idols and fans through the (tragically) common practice of whitewashing.

Whitewashed photos of idols are the norm. Seeing pictures of idols devoid of any melanin is so common that most people don’t even think to notice anything wrong. Entertainment companies, magazines and other media outlets release altered pictures all the time, leaving fans without original pictures to compare to the edited versions. Fans contribute to the wave of brightened images as well; fantaken pictures are often brightened before being posted on fansites and other fans edit officially released pictures for fun. Whether someone intends to lighten an idol’s skin tone or accidentally whitewashes her bias in the process of editing a picture, the result is the same. Pigment-deprived idols seem to be the norm.

Clearly, that is not the case. There are many well-known idols with darker skin — Sistar‘s Hyorin, VIXX‘s N and Exo‘s Kai are just a few idols with beautifully tanned skin. Even if we know that someone has a darker complexion, though, very few of us actually stop and recognize when their photos have been digitally whitewashed. The signs of whitewashing are simple to detect. Skin that is unnaturally luminous, as if the sun donated all its light to one person, is usually a dead giveaway. While good editors attempt to leave their subject with a small splash of color, the more common result is skin that is white as a sheet. Lacking any trace of color whatsoever, the idols end up looking like vampires who will turn to ash if exposed to sunlight. Facial features can also disappear when skin lightening is taken to its extreme; the lines that define the nose and cheekbones melt away into an abyss of an artificially white face. Knowing the signs of whitewashing is a curse — once you know what to look for, you see it everywhere. 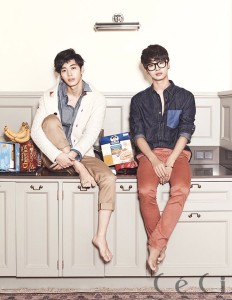 Regardless of how pale or tan an idol is, you can bet that they have had their skin tone altered. As you can see in the picture to the right, both N and Hongbin have been brightened so much that they almost blend into the white wall behind them. Finding pictures that haven’t been whitewashed can be a challenge, especially when searching for female idols. No one is safe from whitewashing, implying that no one is ever truly pale enough to be considered completely beautiful. However, just because everyone is subject to having their skin lightened doesn’t mean that it’s okay. The destructive beauty standards that are reinforced by whitewashing are destructive whether the subject has light or dark skin.

Of course, those with darker skin are impacted most harshly by the prejudice toward lighter skin that is prevalent in virtually all corners of the globe. Even if open discrimination against those of dark complexions is not tolerated, the belief that “brighter is better” fosters an environment in which microagressions against darker skinned people are deemed okay. For example, K. Will asking Hyorin if she wishes to have lighter skin is brushed off as innocent teasing, ignoring any colorist implications that the question may have. Chanyeol‘s portrayal of Kai as a black person was similarly taken as friendly joking; even worse, fans encouraged each other to celebrate Kai’s birthday on Twitter using a hashtag that includes an offensive name his fellow members gave him. People may try to justify instances like these by calling them harmless jokes, but the effects of hearing “jokes” like these over time are very real. 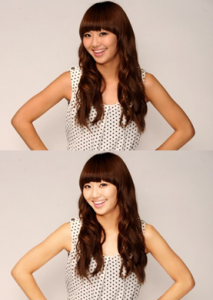 Fans have gotten much better at calling out these sort of colorist microagressions, though the reality is that if no one uttered an offensive joke ever again, colorism would still be alive and well thanks to whitewashing. By bombarding idols with altered versions of themselves, the message that lighter skin is more attractive is broadcast loud and clear. Not only are they told by their company and those participating in the K-pop industry that their darker skin is less desirable, but fans echo those sentiments by brightening their skin. The idea that their skin tone is a flaw is repeated to them constantly, though the messenger is silent and usually ignored. Although tanned idols profess that they accept (and even love) their skin, it’s hard to imagine that their confidence is easy to maintain.

There are also hidden victims of whitewashing. Fans themselves can be hurt when light skin is glorified. With the global reach of K-pop, there are undoubtedly fans who struggle with colorism in their regular lives. Even if the influences are subtle, seeing pictures of people with digitally brightened skin constantly called beautiful can lead to the internalization of prejudice against darker skin. At the same time, seeing tanned idols turned pale can convince fans to try lightening their own skin, fueling demand for potentially dangerous products that claim to whiten skin. By ignoring colorism within the K-pop fandom, we ignore the pain that our fellow fans face on a daily basis because of their skin tone; by denying the destructive effects that whitewashing skin can have, we give an idealized aesthetic more importance than allowing people to accept and love whatever color they are.

The choices of companies and media outlets are, unfortunately, out of our control. No matter how much noise is made about whitewashing, colorism and the danger of upholding incorrect standards of beauty, making widespread change will be slow and tedious. As fans, however, we have more power than we think. We have control over our own actions and helping out is as simple as deciding not to lighten an idol’s skin. Though whitewashing can often result due to inexperience with image editing programs, with a little bit of effort anyone who wants to edit pictures can learn how to keep their biases’ healthy and beautiful skin tones. Even the pastel aesthetic that has been growing in popularity can be achieved without draining idols of all melanin.

As of now, it is virtually impossible to avoid whitewashed pictures. However, the first step to solving a problem is admitting that one exists. By spreading awareness, we can decrease colorism within our fandom little by little. Eventually, we will hopefully be able to see all idols with their natural skin — light, dark, or anything in between.