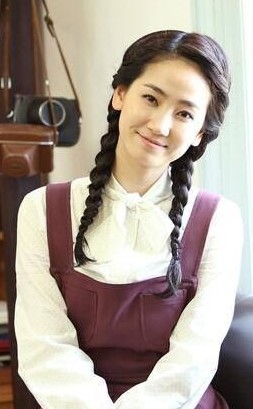 Things may be pretty quiet on the Wonder Girls front, but some members are still active, like Yeeun: she appeared in a musical production of The Three Musketeers and recently starred in period drama Basketball. She was also one of the idols present at JYP Entertainment‘s live “Happy New Year Party” Line chat on the 18th of January. While discussing potential JYP project units, Ye-eun proposed a Yubin–Fei collaboration, which Miss A member Min also supported:

Min was the one to say it out loud, but there is no denying that the same thought was running through Yeeun’s mind when she decided to cut Sunmi and Min out of the originally proposed sexy unit “JYP Red” (gee, that name sounds familiar) and have only Fei and Yubin remain (starting from 2:45).

I don’t even know where to start, because it feels like I’ve been saying the same thing over and over like a broken record player: skin tone has NOTHING to do with how sexy a person acts. And yet this is what is being pushed in various entertainment industries, including K-pop. 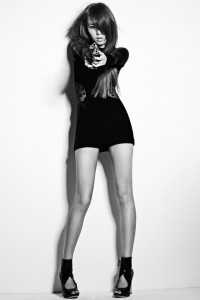 In 2012, I wrote about how the “dark skin = sexy” line of thought possibly came to be: that because dark skin is not the beauty ideal, people with darker skin have to be exoticised and hypersexualised in order to appeal to the general public — and that is not a good thing. To be “exotic” is to be considered not normal. And when you are not normal, your experiences aren’t considered normal; there is this separation between “normal” and “exotic,” and that extends to people who are described as the latter. They are separate to those who are “normal;” and with “normal” being seen as representative of society, those who are labelled as “exotic” are increasingly being regarded as somehow removed from society, not representative of the population — and that means the perspectives of “exotic” people are not seen as being part of wider society and is thus marginalised.

As for hypersexualisation, we can see what’s happened with a lot of people’s perception of breasts, which are sexualised to the point that some struggle to acknowledge their real purpose (to feed kids) — and there’s also what happened to Andrej Pejic’s Dossier cover. A similar thing is happening with darker skin, where the “sexy” label becomes so strongly associated with it that people with such skin tones are not able to be regarded to be things other than “sexy,” especially with words like “innocent” and “fragile,” which are generally associated with paler skin. And that is a very dangerous precedent to set.

These observations have also been made in relation to perceptions of different races, but when we looking at the treatment of darker-skinned people by those from within the same racial/ethnic group, shadeism (or colourism) is the relevant term. It’s not the same as racism, though the two do feed into each other. Going back to the JYP Nation Line chat, Min’s comment is undoubtedly shadeist, even if it was a “positive” remark. And Ye-eun’s thought process which led to this little mess is shadeist as well. But it was just a thought, right? Only a comment? Some people may think that one comment from some idol is hardly going to have an effect on things; and in a way, they’re right. But that’s because Min’s comment isn’t going to be the cause of shadeist thoughts and actions; it is the result of it.

The Fei and Yubin sub-unit was a hypothetical suggestion, but the rationale behind it certainly is not a theory. Even if these two idols were put together to form a sexyndark-skinned sub-unit, JYPE would be facing some stiff competition: 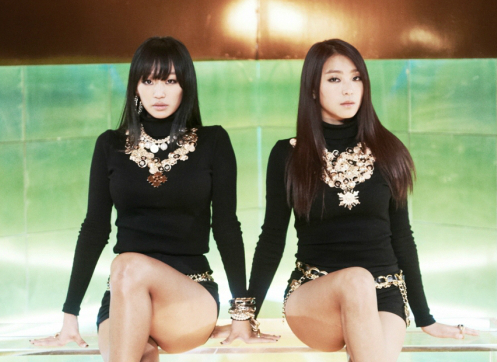 Sistar19 is basically the even sexier version of Sistar, which just goes to show that this kind of shadeism isn’t just a remark coming from some idol’s mouth: it’s an ingrained idea that influences how the K-pop industry operates, and thus what we, the market, consume. Sistar itself is a group known for pursuing a strongly sexualised image, and it’s not necessarily a coincidence that three of the four members are also dark-skinned (for a more detailed explanation on the use of the term “dark,” please refer to here). Dasom is often seen as the “pure” member; not just because of her maknae status, but also because she has palest skin in her group. Her lighter skin is often highlighted when she is mentioned in news articles, and many netizens take to juxtaposing her skin with the other members’, who often come off worse in their assessment: Dasom is pretty and “white” (as in skin tone, not race) while “Hyorin looks African,” even “dirty.” 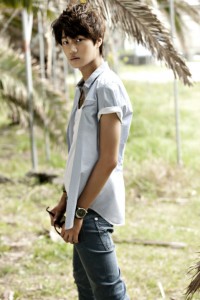 Here is when we move into the more overtly negative form of shadeism, where people with darker-skin are otherised by society through straight up mockery and vilification. Exo‘s Kai is a very well-known example when it comes to shadeism in K-pop. SM has him introduced as the “sexy” member, with mention of his tanned skin not far behind. And this push from SM to market him with his skin tone has led to a lot of ugly incidents when Exo promotes, from having Xiu Min reveal his nickname as “Kkamjong” at Exo’s debut showcase, to Kris drawing him (and Tao) with brown texta to highlight their skin colour, to Chanyeol‘s (and sometimes Baekhyun‘s) various comments. Even if the members aren’t particularly fussed about Kai’s skin tone, all the PR material they’re being fed by SM leads to them highlighting it in some way or other.

Kai isn’t the only member of Exo with darker skin; but thanks to SM, he’s the one who has to put up with the most shit because of it, even from another dark-skinned member. I’m talking, of course, about Tao’s comments during a performance in Taiwan when he asked the crowd in Mandarin if Kai was darker than him. It’s framed as jokey and nothing more than ribbing between group mates and friends, but it definitely shows the depth of Tao’s insecurity about his skin tone. He’s as dark as Kai is, but is luckily spared having it brought up almost every single time he is introduced in an interview. And yet, he still wants, still needs, the reassurance that he isn’t “as dark” as Kai.

This internalised shadeism isn’t present in just Exo, either; Vixx leader N has to deal with so many shitty comments from his fellow members, including being called a “dirt pig,” that it was only a matter of time before he gave up and joined in on the mockery himself. This isn’t a case of being comfortable in one’s own body, but a preemptive attempt to avoid being hurt by others and lessen the impact of their words and actions. When Vixx presented mini-snowman versions of themselves during an episode of Vixx Diary, N covered his own snowman in black powder: if that isn’t a show of internalised shadeism, then I don’t know what is. And if N, the leader of his group and its oldest member, has a hard time standing up to his members and stopping the shadeist comments, then what chance does a maknae in a large group like Kai have?

Sure, it may be a joke, but if we remember back to the example Leslie gave in her article on racism, we can see that not everyone finds jokes about their appearance funny, even from good friends. 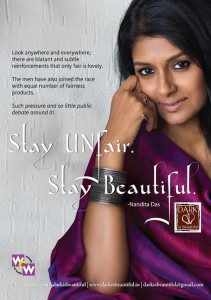 Fans often comment that “it’s different in Asia.” Asians often make matter-of-fact comments about others’ appearances; it’s a completely normal thing to do and anyone criticising it is just being ethnocentric and trying to force American attitudes onto Asians. Seeing as the US already controls so much of the global narrative, this is a valid concern; but at the same time, it dismisses those who speak up against this behaviour on their own merit. Asian cultures are different, yes, and we shouldn’t look at them through only the lens of an American context. But this doesn’t exclude Asian cultures from criticism either, and people have every right to denounce the shadeism (and body shaming) that has become a normal part of life: speaking bluntly is one thing, constant mockery is another.

But even then, there will be those who respond to such criticism by saying that “nothing is going to change.” And of all the excuses I see, this is the one that rankles me the most; not because it’s pessimistic, but because South Korea has proved this kind of thinking wrong before. Like many other countries, South Korea was once in the grips of a female foeticide crisis; but within one generation, the South Korean government was able to decrease this gap significantly through education, policy creation, and law enforcement — something with which fellow Asian countries like India and China are still struggling. South Korea still has a lot of hurdles to pass, but the fact that a woman now has a greater chance just to be born is an achievement that should not be taken lightly. And while shadeism seems like a less dire issue by comparison, South Korea’s success with minimising the gender ratio difference shows that if society puts its mind to something, it can achieve anything.

I have to reiterate that South Korea (or any nation) should not be forced to deal with its problems by outside forces, but that doesn’t mean we international fans have to remain silent. There needs to be awareness, and we should continue to speak up and raise that awareness. And there are people in Korea paying attention to what we say. They may be dismissive, but you gotta start somewhere. 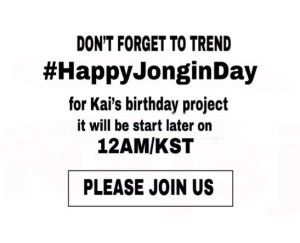 And while we can’t control what South Korea does, we can control our own actions. Something like this happened on Kai’s birthday a few weeks ago: fansite EXOfficial proposed to trend the twitter tag #happykkamjongday, which many fans were naturally not happy about. However, whether the admins heard about this opposition or came to the realisation themselves, they changed their choice to #happyjonginday. In a perfect world, that first tag would never have been mentioned, but we don’t live in such a world. It’s in our nature to make stuff up but it’s how we deal with said stuff that really matters, and EXOfficial should be commended for making the change, along with all the fans who individually rejected the hashtag. An acknowledgement of why the tag was changed would have been nice, but again, you gotta start somewhere.

And as long as that somewhere leads to people not brushing off shadeism as a joke, or think it’s “sexy” or something that is a “normal” and “acceptable” part of society, I can deal.