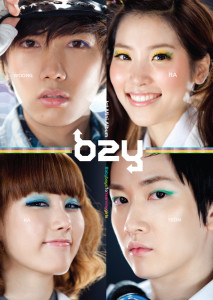 If you aren’t familiar with this little series I’ve cooked up by now, please click on the following links and educate yourselves. I’ve got to be honest, I didn’t think that there would be so many bands that hadn’t made it. Scouring through page after page of Wikipedia, I truly came to realise that this industry is packed. Its mere saturation should be deterrent enough for companies to stop debuting group after group after group; however, co-ed groups are a small fraction of these many starlets. I am going to venture a guess and say that for every 10 girl/boy groups there are 0.2 co-ed groups. I had a hard time finding any within the annals of K-pop history that have lived and died, as many still haven’t officially disbanded, but where there is a will there is a way. And this rings truer than ever for the our first co-ed group.

Way before the days of our beloved IU, Loen Entertainment were cooking up all kinds of concoctions; and B2Y was one of them. This mixed 4-member group debuted in August 2009, and Loen didn’t leave any stone unturned in trying to pass these guys off as a legitimate venture. All 4 members were vocally strong, knew how to play musical instruments, and were renowned “ulzzangs.” Their name (aside from being a blatant rip-off of B2K — that group with Omarion and the other guys) started out as a shortened version of “binary” — supposedly playing on how they have two sides; male and female. But upon realizing how basic this sounded, Loen switched it up to being an abbreviation for “BabyBoys To YearningGirls.”

They debuted with an album of the same inappropriate name and sought to bring the disco craze back to the teenagers of South Korea. 3 vocals and 1 rapper (Park Jing Woong, Lika, Ahn Soon Yong  aka Hanyeong, and Naraang) together managed to release 1 album and 1 single in 2010 and collaborated with the likes of Kim Jong-kook and Jo Sung-mo for a bit until 2011; when it was announced that the group would undergo an entire member change to re-debut. It seemed that the whole “disco” thing wasn’t working for them as Hanyeong left for the bright lights of cinema and the two female were expelled from the agency for “committing immoral acts” with their manager. Eyebrows down everybody — it was unspecified, it could have been anything really.

Members ♂Racoon, ♀Sul Hee, ♂Hansaem, ♂Jung Hoon, ♂Ray, ♀Hajy, ♀Jenny and ♀Lina debuted in 2010 with their title track “I Like You, You Like Me.”  It must have been lackluster as their comeback was made an entire year later. In November 2011, the group returned with only 7 members  — 3 of which replaced older members — with the single “MA MA MY.” Then in 2012, member Jenny left to focus on her studies, Racoon went to join the army, and Hyeyoung was added to the lineup. So the new line up was ♀Sulhee, ♀Hyeyoung, ♂Hansaem, ♂Junghoon, ♀Minkyoung and ♂Doa — what’s important is that there were 3 guys and 3 girls. 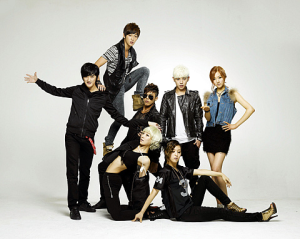 If you re-read the above two or three times, you wasted your breath as in August 2013 the company decided to scrap the female members altogether and form a male-only group called FameUs. This consisted of the original male members Junghoon, Doa and Hansaem, together with three new members Hanyoung, Daeyoung and Dohyun. With so much cutting and pasting, the member rota of K-pop still baffles me to this day — and these guys epitomize it.

This group caused a hullaballoo upon their debut; extravagant popping and locking routines, ex-SNSD member in their arsenal, that girl who looked like Goo Hara, and that guy who looked like he could be Song Joong-ki’s child. They debuted under Core Contents Media (who debuted the likes of T-ARA and Seeya) in 2010 with their single “Too Late” and the super cutesy and simultaneously creepy “Bbiribbom Bberibbom.” Core Contents Media limited the printed copies of the single to a mere 20,000 copies, but received more than 50,000 pre-orders.

Comprised of 4 females and six dudes, it was only a matter of time until line-up changes messed with the group’s dynamics. Core Contents decided to split the group in half and debut 5-Dolls (which included all the female members of the Co-Ed line up plus new member Eun Gyo.) This was followed shortly by the inception of an all male group SPEED (made up of the leftovers.) Superstar K contestant Jong Kook, joined the group and Kangho left. Soomi left 5-Dolls to pursue a solo career, Se Jun and Na Yeon were added to SPEED and 5-Dolls respectively. In October 2012, it was heard on the grapevine that members Chanmi, Kwang Heng, and Noori were leaving. It wasn’t officially announced, but Core Contents removed their profiles off the group website and attempted to add three more members. The most notable of the new entries was Shannon, who had previously blown everyone away with her stellar voice on Star King, and copped a feel of (SHINee) Taemin’s leg after blubbering at his feet. Shannon did a duet with a SPEED member and now plans to debut on her own.

That is all folks! Wasn’t this an exciting journey through the annals of K-pop history? I should warn you, weary travelers, that the road to K-pop oblivion can be short and sweet or long and windy. I wouldn’t put it past K-pop to revive a forgotten group or to debut a new one — burying the forgotten groups further down and making room for many more. Fear not, I’ll be present as always to help chart these unknown long-forgotten waters. Until that happens, I bid you goodnight! 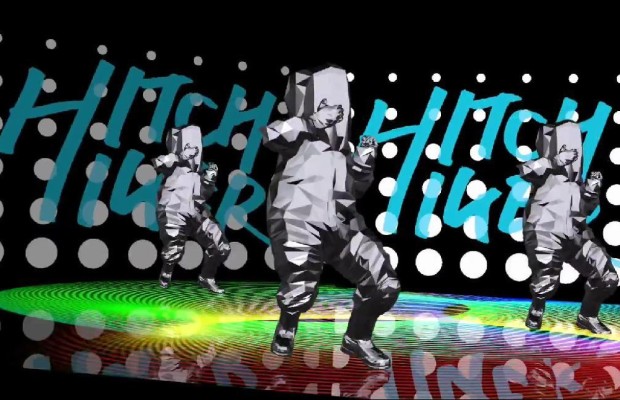 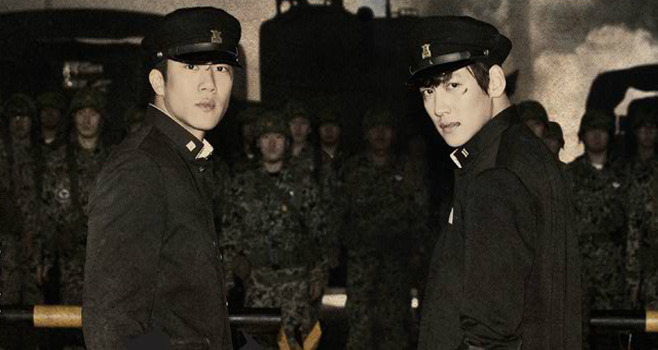 Not Quite Speeding — Not Yet