Who are the top idol groups in the Korean music industry? How many of them are girl groups? How many are boy groups? Now for the real question: how many are girl AND boy groups? There seems to be a lack of popular co-ed idol groups in the K-pop industry. Western music boasts famous co-ed groups like ABBA, Fugees, or a more recent group, S Club. In K-pop, co-ed idol groups are practically nonexistent. There are a few co-ed groups: Jaurim, Koyote, 8eight, but for all intents and purposes, they are not idol groups. Even within the industry there are a few co-ed idol subunits, but these are always temporary arrangements (though I’d severely enjoy another Trouble Maker mini). Are co-ed groups harder to manage than regular single-gender groups? 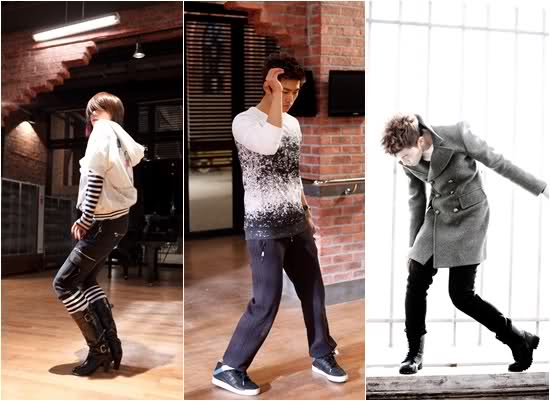 In Dream High, Baek-hee (Eunjung), Jin-guk (Taecyeon), and Jason (Wooyoung) were part of a co-ed idol group named “Group K.” This group was supposedly immensely popular, so the idea of a popular co-ed idol group is not unfathomable. Theoretically speaking, there are perks to having both boys and girls in a group. You can fully appeal to both males and females. Fans already get a kick out of seeing their favorite artists sharing the stage during year-end Gayo Daejuns. Imagine just having that all the time. Think of the fan-service for shippers. This already runs rampant for single gender groups. In a group where it could be true, fans will just want it even more. There are a whole new set of concepts that you can try–which due to the (non)history of co-ed groups, no one else has. There is a lot more diversity in terms of vocal range and tone. The list goes on, so by all means, co-ed groups should be viable and desired.

However, there are things entertainment companies are probably concerned about. Relationships involving two of the members can make things complicated. ABBA was made of two couples and in S Club’s television show, love lines were created to mirror real-life relationships. This is perfectly fine to a western audience, but for a Korean Idol, this is akin to catching leprosy. Shippers will thank the heavens for their greatest wish coming true, but part of an idol’s appeal is their faux-availability, to want them. When that’s taken away, well… just ask Se7en. A more serious problem can occur should the two individuals break up. The group dynamic will shift and it can ultimately cause the demise of the group. 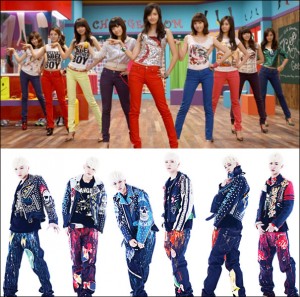 Supreme Team‘s Simon D released a digital single with his girlfriend Lady Jane. While hearing both males and females is interesting to listen to, there is a chance of not sounding cohesive. When different gender artists collaborate on a song, the transition between one voice into another is sometimes jarring. That sort of style can easily become tiring, especially in a group where the chance of that happen is very high. This is where the non-idol co-ed groups have an advantage over the manufactured idols. Non-idols have generally been singing their own music for as long as they’ve been together, making it easier to play on their strengths and weaknesses. This leads to a better chemistry as a group, as opposed to an idol group who is forced together.

Concepts will also be hard to keep cohesive since, in K-pop, there are certain restrictions when it comes to gender roles. Imagine a boy group seriously doing something like SNSD‘s “Gee” concept or a girl group seriously doing B.A.P.‘s “Warrior” concept. These two songs almost define the idea of a cute concept and manly concept, yet these sort of concepts are unavailable to co-ed groups because they just wouldn’t look right. 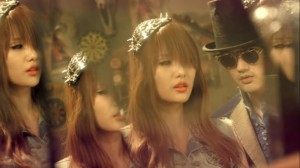 In essence, co-ed groups are double edge swords; there are different roads open to them, but some of the other more conventional roads are unavailable. They have to be marketed very specifically, sing songs by knowledgeable producers, and given balanced concepts, but then again that’s true for every idol group. While the fame that might come with a co-ed group could be enormous, getting there is about a 21 hour plane ride from easy. LOEN Entertainment might have realized this too. Sunny Hill originally contained two females and one male. With each comeback it seems as though Jang-hyun becomes increasingly less visible. Even as the group adds more members, they’re only women, turning Sunny Hill into a girl group + some saesaeng fan that manages to get in every video. It’s hard to imagine why LOEN is moving in this direction when Sunny Hill’s concepts have always been… strange… to say the least. It’s not as if adding more girls and putting Jang-hyun on the back burner gives them a broader appeal, it just makes them seem lop-sided. Furthermore, one of the few co-ed idol group that has even a smidge of fame, CCM’s Co-Ed School, has begun to forego the co-ed concept and been forced into splitting between girls-only 5dolls and boy-centric SPEED. CCM did this to appeal to the audience in a way the two groups collectively can’t. While they are slated to have a full comeback later this year, one wonders why CCM is moving so slowly with Co-Ed School when they work T-ara like prostitute slaves.

Though most mainstream labels play it safe and avoid (or correct) the idea of co-ed groups, that isn’t to say it shouldn’t be done. It’s a completely untapped strategy that can exude universal appeal. More than likely, these entertainment companies are worried about failing. Unlike in the western music industry, k-pop is largely manufactured. The cost of training an idol is, on average, $18-36,000 a year for an average of 5 years, depending on how much “help” they need it could be more. The idea of debuting a group that costs (including advertisement and music production costs) a million or more dollars into a market where the no one else has succeeded is a daunting gamble. It’s much safer to debut something that has a higher chance of becoming popular, especially if you’re an unknown company. The idea of co-ed idol groups is certainly viable, it just needs a company that’s willing to bet on it.