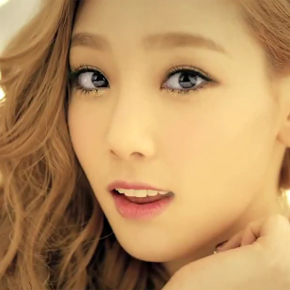 Leaving all thoughts of “forever nine” and “SNSD are one” aside, the idea of a SNSD subunit is severely overdue. At times, the conception of a subunit serves as an indication that the management didn’t think through the first time around when creating their idol groups (I’m looking at you, SISTAR19),but an exception should be made when it comes to larger groups such as Super Junior and After School. For larger and less cohesive idol groups, subunits serve as an opportunity to play around with different combinations of members to create a different flavour — mix and match, if you will. Pledis did a doing job of doing as such with the inauguration of Orange Caramel, After School Red, and After School Blue. Sure, the songs may not be executed to perfection, but the member choices and the general idea surrounding them were commendable.

Which goes back to SNSD, who are one of those groups just on their knees begging for a subunit. With nine members — some with more fire than others, some with more delicacy with others — it’s undeniable that there’s more or less group synergy between certain members of the group. And it’s even more undeniable that certain members have become pigeon-holed into the limited range of concepts offered by SM, their true potential being squashed by the forced winks and finger curling demanded of them from their target audience. Their real voices becoming degraded to little but whiny and high pitched squeaks to sell the songs given to them. 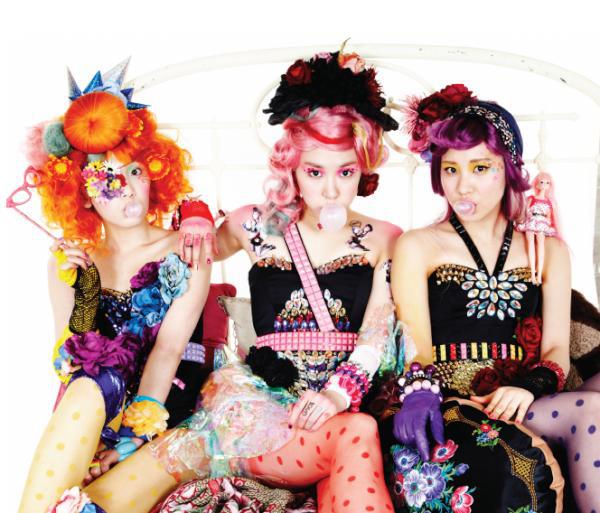 Which is why an SNSD subgroup consisting of Taeyeon, Tiffany, and Seohyun, although slightly predictable, is very called for and long overdue. TaeTiSeo, as SM has dubbed them, are three of the best vocalists in SNSD. Unfortunately, the true pinnacle of their vocal potential has remained unheard on most of SNSD’s title tracks. Sure, “The Boys” was filled with ad-libs and belting, but it was to the point where it was almost obnoxious. SNSD have yet to have a song that requires vocal demand, not just for the sake of being vocally demanding, but because it works with the song. So, does it look like this subgroup can finally qualm the injustice felt by these three on their title tracks?

When SM first released their cover photo, I was probably one of the few who actually liked the design, and I already had a feeling that this was one of SM’s marketing strategies to create intrigue by shock. My main concern was actually, that to demonstrate Tiffany, Taeyeon’s, and Seohyun’s vocals, SM would deem them a ‘ballad’ group. And with a name like “Twinkle”, so innocent and fragile sounding, I didn’t have much hope. Thankfully, the first teaser from SM calmed that fear.

For once, I don’t mind having been trolled by SM’s ostentatious teaser images, Taeyeon looks lovely and the MV looks like it’ll have lots of glitz and glamour and aesthetic appeal. The set design for the MV is very nicely put together, and suits the whole 50s theme they have going on well without falling into tacky. As for the song, the high notes sound reminiscent of “Lady Marmalade”, and it doesn’t seem like TaeTiSeo will be Orange Caramel version 3 more than they’ll be Secret version 2. Which is fine, so long as they go the “Madonna” route and don’t dabble in the flash-but-no-substance that is “Love Is Move”. Additionally, the high note at the beginning (possibly Seohyun’s?) walks a fine line between ‘powerful’ and ‘shrill’, and one can only hope they don’t go overboard with it a la “The Boys”. I mean, it’s great that Seohyun and Taeyeon are so pro they can belt out these impressive high notes, but my ears can only take so much.

Tiffany’s styling makes me a little weary. Homegirl has been resembling Park Bom more and more on regular days, and when she’s dolled up with make up, fake eyelashes, and those pigtails, she looks like an overgrown doll. It’s sad because I find Tiffany stunning usually, but lately, and I’m not sure if it’s simply her styling, but she’s been looking increasingly like a living mannequin. Other than that, I love her wardrobe, and I love that little cameo made by EXO-K boys Kai and Sehun, even though they’re wearing the exact same clothes worn for their own MV — it’s almost as if they just rocked up on the wrong set and decided to crash the party for the fun of it. Sehun also looks like he’s never been dancing around a pretty noona before.

I will openly admit that there is something about Seohyun as a performer that never sits well with me. No matter what concept SNSD tries on, despite being a consistent singer and all that jazz, I almost always irrationally find her to be contrived and she never sells the song to me. Granted, she’s probably not the one to blame, since I’d probably become a soulless being if I had to sing ‘oppa oppa!’ on stage in a cheerleader outfit at twenty, but it’s safe to say that I have never warmed up to her as a performer. So I was probably the most apprehensive of Seohyun’s teaser, but all is good, and Seohyun looks all nice and well. And even though a few of her facial expressions will always leave me writhing in my chair in unexplained secondhand embarrassment, she looks damn hot when rocking out in the heels with her hair straightened. I really like the styling in the teasers so far in general, but seeing her with the eyeliner and “come hither” look (or “don’t mess with me” look, K-Pop blurs the line sometimes) was the first time I actually formed an ‘O’ with my mouth.

Something I really appreciate about these teasers is how girly they all look so far, but how they never really dive into that saccharine “cute” territory we’re bombarded with. I am actually okay with girly, I am very okay with girly, I am a girl after all. And I like that there’s colour and flavour bouncing off these teasers, and that Taeyeon, TIffany, and Seohyun are just having fun acting all girly and the like, but the winks and head nods fall just short of “cute”. 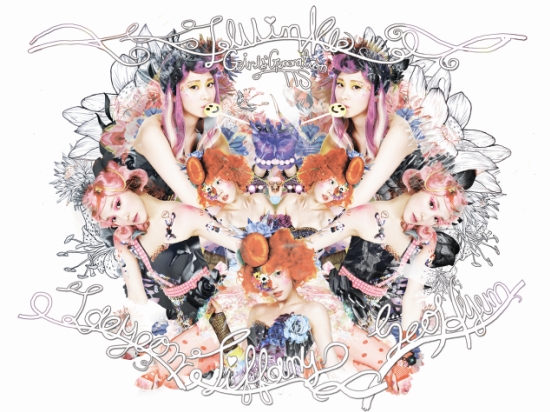 With what we’ve been presented with thus far, I am hopeful with this subgroup and I am excited to see the full product. What else makes me even more excited is the announcement that SNSD will have several subgroups in the future of varying concepts made up of different members. If all goes well with TaeTiSeo and “Twinkle”, I look foreword to seeing what SM can concoct with the other members. I not-so-secretly crave for a subgroup with Yuri and Hyoyeon in it, please.