SPEED's Unhurried Debut: "Sad Promise" and "It's Over" 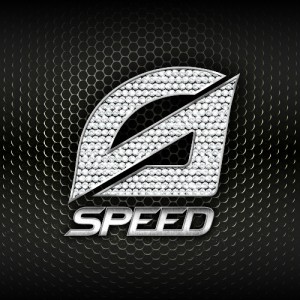 Debuts are already a pretty stressful matter for all up and coming idols, but newly formed group SPEED has it especially rough. Consisting of the male members of existing, co-ed idol group Co-ed School, and signed under Core Contents Media, SPEED already has a good amount of negative notoriety working against them.

First of all, SPEED has Core Contents Media as a company, a company quite infamous for their pathetic lack of credibility and harsh treatment with their idols. Among all entertainment companies in K-pop at the moment, Core Contents Media has the worst reputation, putting SPEED in quite the unfortunate position. Second of all, the members of SPEED hail from the largely unsuccessful Co-ed School, a group that has been completely ignored by CCM despite their arguable potential. Not only has the group been in hiatus for an extensive period of almost three years, the group has faced countless member changes over the past few years due to internal trouble within the group. Following their female counterparts’ debut as 5Dolls back in 2011, the male members of Co-ed School are finally given the chance to be on stage again, this time under the name of SPEED. 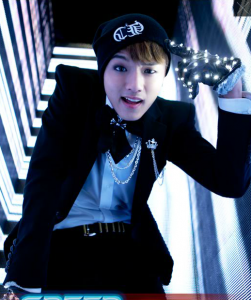 “Sad Promise” — alternatively titled “That’s My Fault” — is a likable, thrilling midtempo featuring labelmate Davichi‘s Kang Minkyung. Being framed by the climactic sounds of horns and more energetic cliffs, the song is a fairly intriguing listen. The members’ raps have a very urgent feel to them while Minkyung’s vocals are able to neatly tie everything together, creating a story-like tone in the progression of the song. However, there are clear flaws in the effort, the main one being the overall lack of presence of the actual group in the song. The members relie way too strongly on Minkyung’s presence in the track, to the point where it seems like SPEED is the featuring artist as opposed to vice versa. Only the rappers get any lines at all, leaving over half of the group with little purpose than being virtual backup dancers. Moreover, seeing as Minkyung basically handles the needed vocal work for the song, the members’ vocal talent still remains a mystery, completely disregarding a debut’s purpose in introducing the group’s overall skill.

The second song in SPEED’s debut, “It’s Over,” attempts to maintain the climactic sound of its predecessor, only to get lackluster results. While the song actually lets the members sing, it’s general structure and sound can be off-putting, unlike the relatively safe yet unoffensive “Sad Promise.” A peculiar synth loop cradles the song, quickly becoming grating and overpowering in the song’s sound. Furthermore, the song also suffers from a weak hook and a generic basic instrumental, being an overall inferior listen compared to “Sad Promise.” Additionally, while actually hearing the members was a treat, their execution has not been the best, for the range they exhibit is fairly minimal. However, the song does have its strong points. While slightly generic, its chorus is fairly catchy and refreshing; the only section without that one particularly grating synth loop. 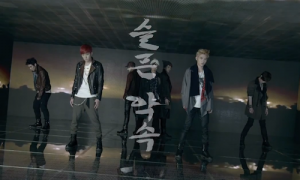 Exceedingly long “drama” music videos accompanied with more orthodox “dance” music videos have become CCM’s specialty, and SPEED’s recent efforts are no exception. SPEED’s debut is accompanied by a two part drama MV collectively taking up 30 minutes and two relatively simple dance music videos. Admittedly, the dance videos are standard fare, with SPEED’s members dancing in a monochrome box in both videos, with moving pictures being played around them. In “Sad Promise,” serious or iconic shots from the drama MV are displayed in the background while the members fulfill their choreography. The choreography in question comprises large, sweeping movements fitting for the pace of the song.

However, in “It’s Over,” classic geometric patterns are continually displayed between flashing lights, creating an optical illusion effect that is doubled through the video’s dizzying camera angles and confusing choreography. Again, much like their unofficial debut video with “Lovey Dovey Plus,” the camera angles are confusingly unstable, never lingering for a second to give our eyes a rest. Furthermore, even the members’ intricate choreography full of timed, precise, and synchronized movements couldn’t be used to their fullest effect, for the continually changing background kept the attention away from the members. This is rather contrary as the focal point for a video like this is almost always its human subject/s.

However, the highlight of SPEED’s debut is definitely the drama. CCM’s drawn out stories can be usually painfully unnecessary: with cliche features, nonsensical plots not even vaguely relevant to the song, unstable acting courtesy of the group members, and some iffy editing. However, to my utter surprise the two part music video turned out quite well, featuring a deeply affecting, historical plot, some great acting from more professional actors, and some exceptional editing. 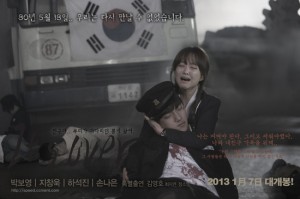 The video depicted the events of the Gwangju Democratization Movement, a violent uprising between May 18 to May 27, 1980 in the city of Gwangju against the dictatorship of Chun Doo-hwan, where up to 2000 people died. Centering on two tragic love stories in the midst of this disaster, the entire music video (basically a mini drama) was fittingly forlorn and grievous, with the group’s songs being tastefully added into the scenes. The acting was absolutely top-notch and believable, being handled by more skilled actors such Park Bo Young, Ji Chang Wook, and Ha Suk Jin, with A Pink‘s Naeun filling the last lead role with believable execution. While relating SPEED’s two songs to the notorious uprising may be a stretch, it was overall a powerful and poignant video, a complete yet happily pleasant surprise considering CCM’s track record.

Collectively, while SPEED’s debut was certainly unorthodox in duration, material, and circumstances, I certainly believe SPEED pulled through in the end. While the songs the group is promoting are unspectacular with their accompanying dance videos similarly generic, the group has managed to attract a fair amount of attention through their melancholic, high quality drama MV, attention much needed to stay relevant in the fickle K-pop scene. At this point, my main concern for the new group is the members themselves, for while they managed to pull through in the end, their presence in their own debut was minimal, not even appearing in their drama MV and being pushed to the back in their dance music videos. But for now, I wish SPEED the best of luck in their debut.