Not Quite Speeding -- Not Yet 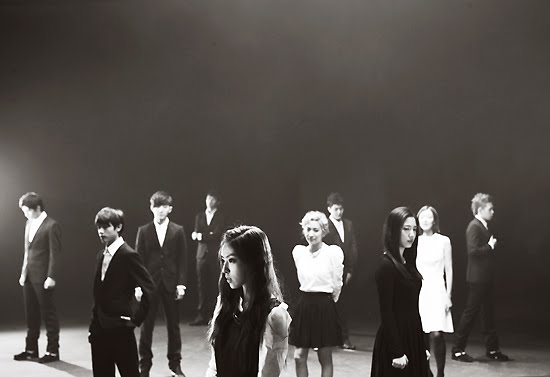 Truth to be told, Core Contents Media has not quite impressed me with their groups — although recently, T-ara has left their mark. Even so, the girls’ efforts post “Roly Poly” didn’t quite drag me into the fandom, so to this day, I remain an onlooker.

If there is one artist under CCM that I am interested in though, it would be Co-Ed School. Their debut song, “Too Late” wasn’t much of an attention-grabbing song. It had something of a catchiness to it, but the ridiculous application of autotune was certainly a turn-off (and this is coming from somebody who enjoys things techno quite a fair amount). The second title track I stumbled across over my Youtube wanderings was something of an improvement – fun and quirky “Bbiribbom Bberibbom”. It wasn’t enough to make me a fan, but it gave me some kind of hope, because the styling for the single had been so wildly different from their debut and frankly, a lot more appealing, simply because it stood out. And, well, I’d take a multi-coloured hospital ward over the same grunge I’ve seen a hundred times. “I Love You A Thousand Times” was a drastic change, in both image and musical style. It may have not been the best choice for a promotional song, considering the fairly small market for ballads; however, it did its job in impressing me. From then on, I kept an eye on any Co-Ed activities. 5dolls didn’t quite floor me, but they had put out some decent material (the single that caught my eye was “Lip Stains”), so I was hopeful.

Then, I was greeted with news of the male sub-unit of Co-Ed School: SPEED. Like quite a few others, the first thing that came to my head was the legendary Japanese girl group of the same name. Naturally, I dismissed this obscure thought after scrolling down and eyeing the concept photo. After all, this was the male sub-unit that I had been half-waiting for and really, I was quite pleased by the concept photos. Still, I was skeptical. A remake of labelmate T-ara’s “Lovey Dovey”? No new song? The whole concept had me raising question marks along with my eyebrows, but I kept my mouth shut about the whole thing. At least, until the 60-second preview of the remake was released.

And in fact, it was not just one preview, but there was actually a total of two floating around.

Piece those two together (I would if I could be bothered starting up my video editing software on a Sunday night), and you have a fairly decent idea of what the entire song sounds like. And to be completely honest? I actually like SPEED’s remake better. Why? To be frank, T-ara reminds me of KARA in terms of their vocal ability. While there are decent singers in both groups, their voices have a tendency to merge into one extremely high-pitched tone. Whether or not this is something I can attribute to the members’ voices or the songs that CCM grants them — I cannot say due to my relative unfamiliarity with the group. However, that is the conclusion I come to after listening to my fair share of T-ara’s music. It’s something that works great in certain songs, but in the end of the day, there isn’t any way for me to differentiate one voice from another. That, I assure you, isn’t the best scenario. Especially not when there is something about their voices merged together which vaguely reminds me of singing chipmunks. Furthermore, while there wasn’t anything insulting to the ears with the original — in fact, I found the energetic and slightly retro flair in the song rather endearing — SPEED upped the ante with me. The intro was powerful and well-arranged, despite the trademark announcement of their return (which is ironic, considering that this is essentially their debut as a sub-unit) and the near-explosive transition into the chorus had me bopping my head to it. 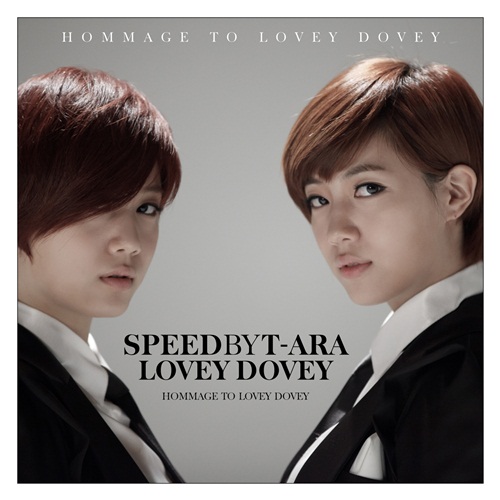 However, when the official MVs came out, I was incredibly disappointed. Not so much by the quality of the song — that was quite enjoyable. Rather the video itself was a complete turn-off. The second version wasn’t even worth discussing, for SPEED was pretty much non-existent. I knew that I shouldn’t have been looking forward to it too much; after all, the sleek suits, the satisfying audio sample — all of that was just too good to be true, right? Was it only inevitable that the MV would end up a nearly-hot mess? Whether or not the atrocity is completely T-ara’s Hyomin‘s doing is debatable. While she did indeed volunteer to help edit the video, she would most definitely still have been under supervision of some sort. Either way, I was unimpressed by the editing in the music videos. While the styling is indeed slick and completely to my liking, the cuts and flashes of lights most certainly weren’t. I can understand the conceptual direction of it, yes, especially when you consider the swift tempo of the song. However, what irks me is that the entire music video is essentially composed of SPEED and the twins (Hwayoung and Hyoyoung) dancing, coupled with a ridiculously short compilation of individual shots. I could go on a hate-filled rant about how it is essentially a dance video but I won’t, considering that this isn’t SPEED’s official debut.

All in all, while there is nothing about “Lovey Dovey Plus” that tells me about SPEED’s official debut — at least, nothing concrete that CCM has announced — I know that I will be keeping an eye on them regardless. For one, as far as remakes go, they’ve done a fair job with “Lovey Dovey Plus” and their past releases as Co-Ed School have had their ways in giving me some hope. And really, one poorly-executed release shouldn’t turn away somebody forever. I for one, feel that Co-Ed School (as well as their sub-units) has the potential. I might not have their music on repeat quite yet, but I feel that they’re getting there, bit by bit. After all, 5dolls did secure an unlikely spot in my iTunes library with their debut mini album — there’s no reason why SPEED might not do the same.