New Breed: First of His Kind? 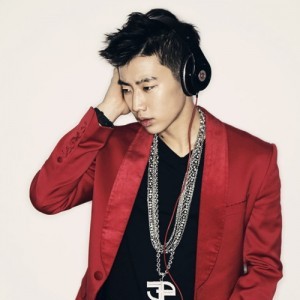 To come upon substance in what seems to be an ocean of superficiality is refreshing as well as heartening, but to come upon a statement that one is the first of their kind: “appear[ing] suddenly to save the world of K-pop” doesn’t go without wanting to have it proven. By the end of “New Breed [Intro]’s” second verse, Jay Park makes his intentions very clear. New Breed is something of purpose done “to gain respect” and with the sole objective of doing what he loves… music. Yet, in this music genus called K-pop, can he really be considered the first of his species?

With the release of his two teaser images, he left English based K-pop news sites describing them as elusive, giving “no clues to [his] concept.” New Breed is not without concept, but without gimmicks. It’s straightforward and upfront to the point that it leaves you without seeing what’s plainly under your nose. Both images are descriptions of one persona, one identity teetering between a “short and ugly prince with a six pack” and “a king” without need of a crown. A charming dandy boy in a bow tie, black suit and dress shoes; a performer ostentatiously dressed, donning a daunting painted mask inspired by Zombie Boy. 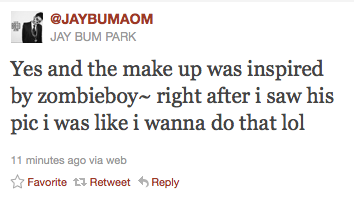 Already having shown his abilities as a songwriter with Take a Deeper Look (2011), of which 6 out of 7 songs were written and composed by Jay Park himself, his level of knowledge and familiarity with various music genres comes with very little surprise, yet is impressive considering he is still a young artist. Having written and produced 80% of his first full studio album, whose tracks cover from K-pop, Dance Pop and Electronic to R&B, Soul, Hip Hop, and Acoustic, New Breed presents him as an all around performer knowledgeable of both Western music as well as K-pop. 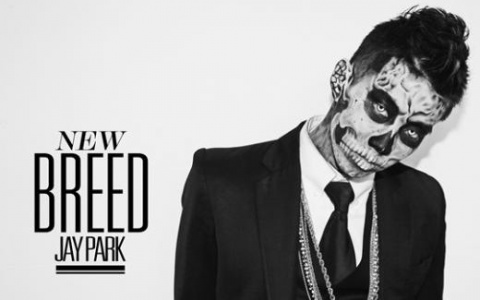 Jay Park has also proven to be a very passionate musician considering how his Myspace controversy in 2009, in which comments were taken out of context, unfolded into his rupture from 2PM, his departure from South Korea and the termination of his contract with JYP Entertainment. Yet, this born and raised Seattle native, having already gained fluency in Korean during his training, also learned to write in Korean (which expanded his skills as a lyricist) thereafter. A feat, which he stated during an interview in Oct 2011, he never thought he would be able to do 3 years ago. 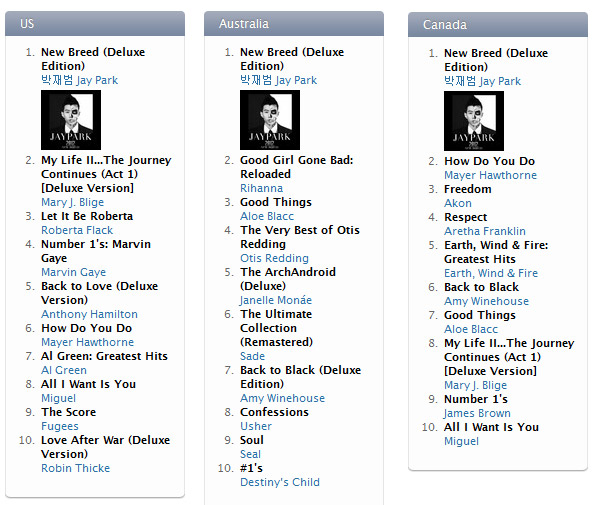 New Breed isn’t only an affirmation of Park’s knowledge of different music genres and growth as an artist, but also an indication of his potential. Considering he is still a young artist, who has gone through a certain level of personal growth as a product of his experiences in South Korea, what is most evident in his album is his passion for music — writing, producing and performing.

After listening through the album in its entirety, the realization that it was created with honesty, passion and without gimmicks can’t go without appreciation and without leaving an impression.

Jay Park’s first Korean studio album stands up to his word: to create new music of which he hasn’t done before. Whether or not he is first of his kind, he is definitely distinct from other performers in K-pop. Yet, instead of needing to be saved, maybe what K-pop really was in need of was a bit of natural evolution.

Produced by Rob Knox and featuring Dynamic Duo, “I Love You” is beautifully engineered and beautifully written with a deep and clean electronic Hip Hop beat and an addictive melody.

Written and composed Jeon Goon, “Star” is an R&B love song with a simple ¾ beat and reportedly inspired by the relationship between Se7en and Park Han Byul.

Produced by The Quiett and featuring Tiger JK and Tasha,  “Clap” is a confident and energetic Hip Hop track with powerful lyrics in which Park stands alongside Korean Hip Hop legends.