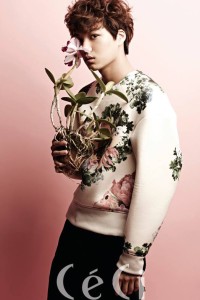 “Oh! could I throw aside these earthly bands/ That tie me down where wretched mortals sigh– To join blest spirits in celestial lands!”  -Franceso Petrarch, To Laura in Death (Sonnet XLV)

The irrepressible desire to constantly think and fantasize about celestial spirits was not part of the fandom culture only in the Elizabethan Age; the eloquence of fanboys and fangirls may have waned but their obsession has spilled over time and cultures. Therefore, it is not a surprise that many of us have been (or still are) pining Petrarchs, fetishizing our beloved K-pop idols situated on a holy pedestal; unattainable yet insanely attractive.

From penning paragraphs, glorifying and glamorizing their bodies in fanfictions, to exploring dark corners of the worldwide web in the pursuit of confidential information, K-idols have been obsessed over and reduced to their beauty incessantly. Honestly, this sort of fetishization is inevitable. Not only does it take place as a reaction to different kinds of culture interacting, creating new grounds for old fights of power, but it is also a direct product of careful and crafty marketing; a promotion which perceives the idea of ‘idols’ literally as marble statues of perfection tempting onlookers to vandalize, or more appropriately, ravish them.

It starts out with apprehensive Google searches and soon descends to long, unending hours in the famous dark pits of tumblr; there is a sense of excess, of an overflow, of nausea, of an impending ‘spill over’ and soon enough, it happens. From relatively safe, confined and less damaging territories, there is a spilling of such festishized desires into the ‘outer’ world- this time claiming actual victims.

Before I further contemplate on this familiar trajectory, I would like to clarify that it is absolutely okay to have thoughts about fetishization; it is absolutely okay, normal and permissible to have any kind of sexual or romantic fantasy- It is OK to think anything. No one has the right to police your thoughts; you are their sole owner and controller. However, when thoughts transform into actions, or keeping with the spirit of the article, spills over into actions; when your right to think infringes upon people’s right to dignified living that is when there is a need to review. And revise.

As the chants of “I love Koreans!” and “Asians are so cute” grow stronger and louder, racial fetishization as a direct result of K-idol 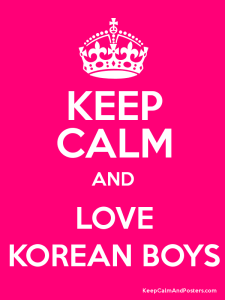 fetishization becomes an alarmingly common phenomenon. An entire richly diverse continent is ignorantly grouped into one single race homogenizing cultures, histories and identities, along with being glorified to unrealistic proportions. Fans are on a constant hunt for anyone with ‘Asian’ features often as candidates for lovers, giving rise to two problems- Racial passing and normalization of such behavior.

The concept of ‘racial passing’ was “originally coined to define the experience of mixed raced individuals, particularly in America, who were accepted as a member of a different racial group, namely white.” And hence, could avail the privileges of the dominant race (white) as long as their ‘Other’ identity wasn’t revealed. However, I will take the liberty to reconstruct the concept within the K-pop context. Most fans, due to their K-idol fetishization have created a single and rigid concept of attractive Asians (because you know, “they all look the same!”). All Koreans are therefore, K-pop idols and if they are not, then “they are kind of ugly for a Korean“. Similarly, if anyone East Asian fits their definition of the ultimate ‘Asian’ beauty then (s)he is the luckiest person on this planet because (s)he is officially South Korean just born by ‘accident’ in a different country, with a different culture, a different history, a different everything but with a quintessential South Korean face heart. This form of racial passing where one is acceptable and is bestowed with certain privileges by the more powerful race, only because they physically fit a preconceived and fetishized K-idol image, dehumanizes not only South Koreans but also the whole of East Asia. They are not privileges but are simply fetters of endless supplication to an alien notion of beauty and acceptability. Validation comes at a minimal cost: Look and perform South Korean.

Normalizing such behavior has been a tradition in the fandom. There has never been a dearth of semi-academic material trying to raise awareness about the wrongness of this tradition but the main issue is not the lack of an angered and a hurt voice but the lack of a concerned ear and an empathizing mind. It is as if the perpetrators are innately unable to understand the issue. After all, they believe they just love them — their almond shaped eyes, pale skin, their small physical stature, their food, and their culture — their monolithic existence is just so lovable! How can they ever be wrong in loving them? 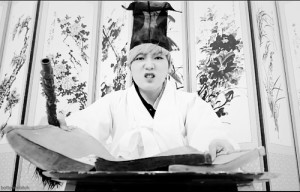 This entire discourse of love for the monolithic people called Asians arises from a perception of dominance. Since time immemorial we have been fed with stereotypes of East Asian men as asexual nerds and East Asian women as docile and submissive. These stereotypes were created with the sole purpose of demeaning, and rousing mockery and condescension amongst most Non-East Asians. Therefore, when these very Non-East Asians come with open arms to embrace ‘Asian’ culture, it is seen as a hand of friendship when in reality, it is just another slave contract. This friendship treaty is built on a foundation of racial condescension and pity wherein love is given out as charity by agents of authority. “Aren’t we greater people since we accept Asians?”, “Aren’t we greater because we exoticize your racial features and treasure them?”, “Aren’t we great that we treat you like objects of never-ending fascination?”, “Shouldn’t I be my country’s ambassador to South Korea because I love them soooo much?” and “Aren’t I so much better than those racists who persistently point you out for your physical features?”

A recent incident captured the very essence of the argument I am propounding and also extended the borders of potential harm emerging from indulging in such racist behavior.

The north-eastern part of India is not only geographically isolated from mainland India but is so socially and culturally as well. While 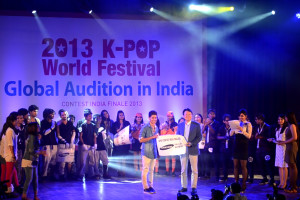 there is a blatant political discord due to ineffective and invasive government policies, there is also a silent discord between north-easterners and the rest of India. Since they look distinctly different from conventional ‘Indians’, they are often subjected to racism with the small ‘r’ i.e., everyday racism in the form of staring, cracking racist jokes at the expense of their identity, poking fun and criticizing their traditional cuisine etc., and to racism with the capital ‘R’ i.e., blatant hate crimes. Relentlessly reminded about how “un-Indian” they are, how “Chinese”, “Japanese” or “Korean” they are, how they do not have the right to create an identity, the north-easterners have turned to South Korean entertainment — a space where they can seek some sort of physical acceptance — for solace. It gets too tiring to assert your difference in a land which takes immense pride in its diversity but practices its ‘homogeneity’ with violent repression of the ‘Others’.

However, a peculiar case had arisen when K-entertainment spread to different parts of India. K-Entertainment became a bridge between the isolated northeastern corner of India and the mainland. There was a concerted effort on both parts to interact with each other and create a great happy family of non-discriminatory K-pop lovers. However, it was all an ephemeral dream shattered too quickly because of a racist attack. 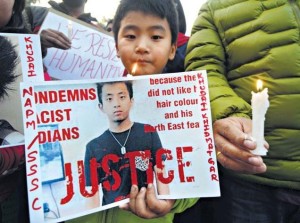 On Jan. 30, 2014, a 19-year-old student named Nido Tania from the northeastern state of Arunachal Pradesh died from injuries he suffered from a beating allegedly administered to him by shopkeepers at a South Delhi market who had earlier mocked him for his East Asian physical features by reportedly calling him ‘chinki’ (a pejorative slang for ‘Chinese’). The reporting of this news was followed by an unusual posting (now deleted) by a north-easterner on an Indian K-pop fanbase group which — reconstructed — said – “Why hate us? Even we look like Koreans.”

Evidently he, along with several others, has internalized the neo-colonial discourse where acceptance comes only at the mercy of the neo-colonial lord. In this case, racial passing and normalization meet in terrifying harmony. Devoid of an identity the north-easterners may have turned to South Korean entertainment for refuge but that has always been temporary after all, why should they ever be denied the freedom to call themselves Indians? Armed with terms and conditions and a false contract of peace and acceptability, fellow Indians lured north-easterners with hopes of integration but instead managed to trap them in a web of deception wherein they adored them as long as they looked South Korean. The comments which followed the post majorly harped on the same argument: “We love South Koreans! How can we ever hate you?” and one even went on to donate a paragraph on the beauty of small eyes and small stature further exemplifying to what extent such a fetishized objectification harms people, their existence and their identities.

I do not wish to appropriate the pain and sufferings of the north-eastern people from India. It would be great if they could contribute their voice to the topic which directly affects them. 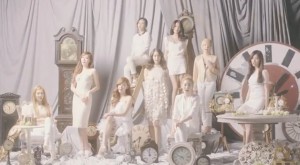 your intention; it is in fact a result of the way you have been conditioned. However, that too is not an excuse to indulge in racial fetishism. There is no denying that perpetrators themselves are often victims of a consumer culture which thrives on racial objectification but at the end of the day, they are still the ones who inflict the harm, not receive it.

So fans, fans and more fans, lend me your ears , Petrarch was immortalized in history because he was a true fanboy of Laura, pining for her till his final days, and not because he projected his desire for Laura on every pretty woman he walked by. 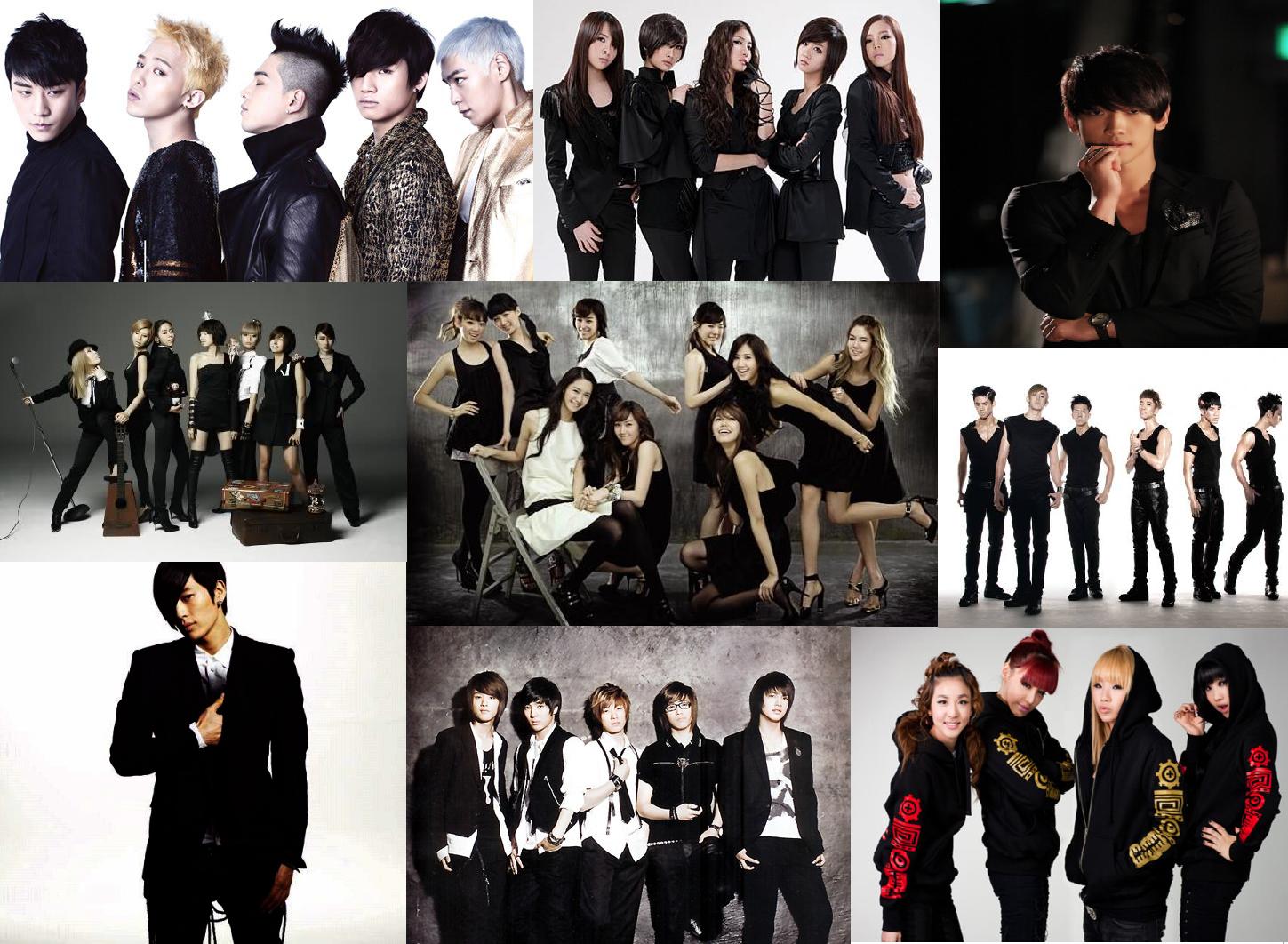