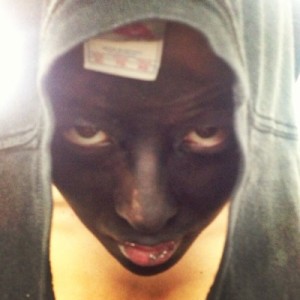 Going by the comment numbers on Sahar’s recent piece outlining Big Bang leader G-Dragon‘s most recent controversy and subsequent global media coverage, you all had a lot to say about the issues at hand. Naturally, the other writers on the team also had a lot to say; their commentary appears below.

Mark: First of all, I want to commend Sahar on a well-written article which is very nuanced and covers many different aspects of the issue. The thing that interests me the most are people’s assumptions into GD’s exact reason for doing this. While we wait to uncover the truth, which may or may not ever truly come out (and I’m sure hoping YG knows well enough by now to not make GD in blackface an image on his album cover), speculation is all we have.

The fact that people are so caught up on the speculation of his reason for doing it; whether it’s for a photo shoot, homage to Trayvon Martin, or just clowning with face paint; sidetracks from the much larger issue — that blackface is offensive to many Western audiences regardless of the intent or reason behind it.

Secondly, if we play the ignorance card and say that K-pop stars are from a homogeneous society, and so they don’t know any better and should be let off the hook for whatever insensitive content they put out, then there is truly no restriction to the types of offenses they may incur because they (and their agencies) know that they will be let off the hook by simply pleading ignorance.

This leads to the question: who will K-pop offend next? It’s already misused symbols in regards to race, gender, religion, and cultures which many hold dear. If it hasn’t disrespected something you view as sacred just yet, it’s pointless to attempt to defend it when it happens to offend others. Speak out, people! Because sooner or later it will come for you too.

“Then they came for me, and there was no one left to speak for me.” 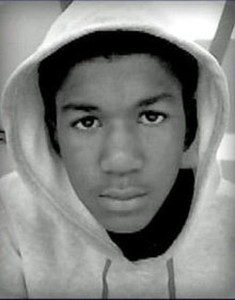 Ambika: I honestly think G-Dragon should have known better than to put up a picture like this with an ambiguous caption. I don’t know if we’re ever seeing this album cover with multiple painted faces, but G-Dragon has been in the business for a fairly long period of time. He’s traveled and performed in multiple places, and blackface has been called out before in relation to Korean media, so it’s not like it’s something buried away and completely unknown. And adding onto the paint in the picture, there’s the entire stance, the shirt over the head, the lax facial expression, that makes the whole set-up uncomfortable.

The Trayvon Martin aspect, however, was a bit of shoddy research. It’s appalling how different reporters took that and ran with it without any actual factual basis. Like Mark mentioned, we don’t know what the actual intention behind that photo was; it largely seems like G-Dragon was just fooling around, but that doesn’t excuse the implications from his photo. It doesn’t mean G-Dragon suddenly has it out for other races, but it does mean he needs to pull up his big boy pants and realize that his music’s roots are important and that he’s a public figure whose actions, especially on social media, do have implications. Like Sahar mentioned in the article, he should apologize for putting up something so easily seen as blackface.

Shweta: I have to agree with Mark, especially on the last point. GD is a person of color, and when he ignores the implications of his act, intentional or not, it only perpetuates racism via ignorance. If one day GD is attacked by racism, there may be no one left to speak up for him. (Actually that’s a lie, given fangirls, but you get my drift.)

I also agree with Ambika on her conclusion that if this were a Trayvon Martin “tribute,” it’s not researched at all. What more, it’s not GD’s place to speak out on such things without extensive research and proper intent, especially since has no context to do so (since he’s Korean). In all likelihood, GD copying other artists tribute to the young man is done with the mindset of following a “fad,” not out of activism. And that hurts more than any blackface does, because you are not just ignorant, you are belittling racism as a real and prominent issue of the world.

But in all honesty–whatever the intentions behind the image may be–GD should know better. I don’t care whether he’s a celebrity or not, it’s a moment of utter idiocy regardless. 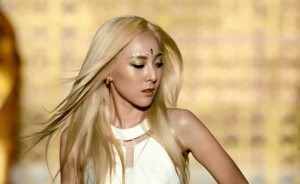 Leslie: It really is fascinating how people react to something like this. Since there is no context, which is perhaps the most important and not intent like many plead, everyone applies their own, which is where the controversy enters. K-pop has such a broad audience. It may not be huge, but we K-pop fans come from a wide variety of backgrounds so we all have a different context to apply to this. Looking at the way Western media has handled this situation is proof. Besides the fact that the United States does ethnocentric hegemony best, with the recent Trayvon Martin controversy it’s no surprise that they would see a correlation and jump to that conclusion.

And outside of the Western media angle, while it’s hard to judge G-Dragon because we really don’t know his exact reason for doing this, we just can’t let him off the hook because, like Mark said, then K-pop stars should hypothetically then be allowed to do anything out of ignorance, and it doesn’t work that way.

Anyone can say and do something racist without knowing it because racism is born of ignorance, but the important thing is to not get feelings hurt because that’s just selfish. It’s important to see the bigger picture of how our words and actions affect others and apologize once we learn. So even though YG did issue a statement that G-Dragon meant no offense and did not intend to make any political or racist statement with his post, I have to agree with Sahar that he still should apologize simply for all that has resulted from it. 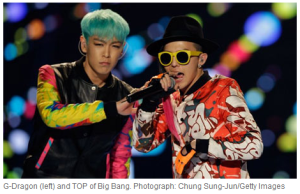 Miyoko: I am very surprised at how many Western news outlets picked the story up. I could possibly see why Spin picked it up, stretched for the LA Times, but The Guardian? It’s most likely the combination of events, as Leslie pointed out, but that still means that something G-Dragon did on Instagram was newsworthy to those sources. Therefore, in addition to all the other reasons stated, from a PR perspective K-pop stars have to be extra aware if they want to be international successes. Also, they should especially be careful since those articles were not well-researched.

Fannie: I think we can all agree that the incident was born more from ignorance than from malice, and we certainly can’t assume that every single instance of someone painting their face black (especially in cultures where the history of “blackface” isn’t common knowledge) is done in mockery, but I do think that the fact that GD is so involved in hip-hop — and by extension, culture with black roots — makes him accountable for at least educating himself about these issues, apologizing to anyone he may have (unintentionally) offended, and ensuring that it doesn’t happen again in the future.

Obviously YG knows that something went wrong if they had to go out of their way to make a statement, I just hope that they don’t completely brush the issue aside until the next time someone in the company plays around with black face paint. The first time around, I can chalk it up to ignorance, after that, there isn’t really any excuse not to be aware of the issue.

Gaya: As Fannie says, blackface and its history isn’t really something that is that well known outside of America. I myself only learnt about it in 2009, following the “Red Faces” controversy during one of the Hey Hey It’s Saturday reunion shows. However, I did remember feeling distinctly uncomfortable about the performance even before this revelation; it was only a decade ago that The Footy Show co-host Sam Newman painted his face black to impersonate Aboriginal footballer Nicky Winmar; it caused a huge furore at the time, and they were even talking about it earlier in 2009.

Whatever the history, there is something really unnerving about seeing a person “dress up” be a minority so easily. They can do whatever they want, but at the end of the day, they can always wash off the paint, take off whatever other accoutrements they’re wearing and not have to worry about being considered lesser for having that colour for their skin, unlike… you know, actual black people. And aboriginal people. And Asians (hello, yellow/brownface). Basically any flesh colour that isn’t considered to be white.

I also don’t think GD put on that face paint with the intent to look like a black person, but at some point I am sure that the thought must have crossed his mind, and I honestly believe that this was what he was subconciously thinking when he took that photo and uploaded it to instagram. And it only frustrates me more that he hasn’t made any effort to clear up the issue, reassure fans, just saying something. Whatever my opinion of the image, there is still no context for it, and GD is missing a chance to have his say. Keeping silent may be the smartest move for him, but it only serves to feed my own perception of him as an ignorant tryhard.

Nicholas: I have to agree with Gaya on this front. As much as GD wants to deny it, he should have known that to paint one’s face that way and to show a certain mannerism would be to invite criticism. Besides, if one had wanted to make a statement on Trayvon Martin, it would have been far better for him to just take a respectful photo, or leave a statement reflecting that sentiment, or at the very least, think twice before taking the damned photo.

As they always say, if you cannot find a way to diplomatically say something, do not say it. Whatever it is, I think this incident does not reflect well on GD being one of the frontiers of pushing K-pop to the Western Mainstream.