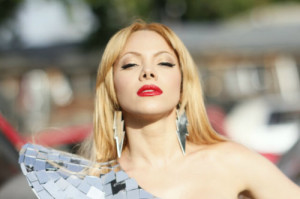 Dominican recording artist and exemplar of conspicuous consumption, La Materialista, claims that she is “la mejor” (the best) in her song “Chipi Cha Cha,” what many call a blatant rip-off of 2NE1’s “I Am the Best.” A studio recording of “Chipi Cha Cha” and a performance of the song uploaded onto YouTube gained the attention (and ire) of keen-eyed Blackjacks in mid-July of this year. Clearly, covering her tracks is not what La Materialista is “the best” at.

In response, 2NE1’s fandom descended upon her like lymphocytes on a bacterium with bad intentions. K-pop enthusiasts initiated campaigns on Twitter, Facebook, and YouTube to call La Materialista out and raise awareness of the situation—especially, to bring it to the attention of the suits at YG Entertainment. La Materialista initially dismissed angry netizens as jealous “haters.”

But as the #LaMaterialistaPlagiadora movement gained traction, she changed her tune, calling her song a tribute to 2NE1 and proclaiming her admiration for the group. Finally, YG Entertainment responded, forcing La Materialista to take “Chipi Cha Cha” down from YouTube and stop performing it. The triumphant thunder of a million virtual high fives was heard across the Internet. All of this went down within a period of 2 weeks.

La Materialista’s story is not unique. In early 2011, Ecuadorian singer Andrea Bucaram released “Oh Yeah,” what Bucaram would call a cover and remix (a covermix?) of MBLAQ‘s debut track after coming under fire from A+’s for her song’s uncanny resemblance to MBLAQ’s. The boy band’s manager spotted her performance of the song on YouTube and tweeted about it, after which Bucaram was hit with an onslaught of outrage from K-pop fans, including death threats and other forms of abuse.

J.Tune Entertainment promised to investigate the matter and promised heavy legal action if it was found that she had committed copyright infringement. That same year, Moroccan boy band Tiraline nearly incurred the wrath of SM Entertainment after ELFs discovered the group’s song “Matal Maghribi,” which sounds like the Saharan twin of Super Junior’s “Bonamana,” on YouTube. There are countless others. This isn’t even the tip of the iceberg.

Suspicion of plagiarism is rife in K-pop and more often than not, the accusations are flung towards idols and their companies. But cases like the “Chipi Cha Cha” debacle, where it’s K-pop that’s being knocked off, are becoming more common as Hallyu grows, extending and amplifying the influence of South Korean pop culture globally. La Materialista’s story is one of many instances in recent history of artists being accused of plagiarizing K-pop and feeling the pressure from netizens and entertainment companies; and it surely won’t be the last, which makes one wonder: why plagiarize K-pop in a litigious world where social media makes it all but certain that you’ll be found out? 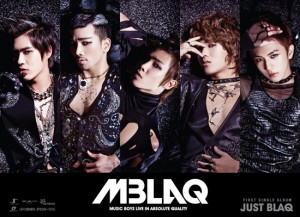 There are a few possible explanations for this continuation of theft against what seems like better judgment. It’s obvious that many copycats underestimate the reach of K-pop and their own visibility. They were too busy doing rocket surgery to learn how the internet works or notice that South Korea has become a cultural and economic force to be reckoned with. They just don’t expect to be caught. But some have good reason to believe that even if they are found out, there won’t be severe legal ramifications for their actions.

Although the World Trade Organization (WTO) has worked to develop and implement international standards for intellectual property rights protection, it is up to member states to uphold these standards, and many countries have poor records in this area. According to UK Trade & Investment, the UK government department that works to ensure British businesses’ success in international markets, Ecuador, the country from which Andrea Bucaram comes, is one of many states that don’t enforce international intellectual property laws with regularity or fervor. For quite a few, stealing can be done with impunity. 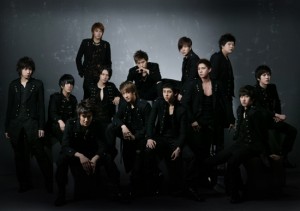 Additionally and not exclusive to K-pop, ambiguity surrounds plagiarism in legal and artistic terms. There is a consensus among all WTO member states that copyright infringement is illegal and should be punished. But there’s not even agreement within member states as to what constitutes copyright infringement, much less in the international community! No specifications as to the number of similar notes, bars, or lyrics exist to establish what qualifies as musical plagiarism.

To determine if something has violated copyright, according to the U.S. Copyright Act, one must look at the purpose and amount of use, as well as its effect on the source material. These somewhat subjective assessments are left up to the judge to make. In this day and age of repurposing artistic material through mashups, remixes, and sampling, and in music in general, with longstanding traditions of sharing and borrowing, where is the fine line between inspiration and imitation to be drawn? Perhaps La Materialista was too busy being enviable to ponder this issue, but responsible artists do.

Finally, there are many adherents to the belief that any publicity is good publicity, and see international controversy as a way to establish or bolster their fame. In 2011 (a banner year for intellectual property protection, eh?), Colombian-French rapper Alabama created his own version of T.O.P.’s “Turn It Up,” called “El Patron.” At first, Alabama didn’t acknowledge the song as a cover—and perhaps he didn’t think he had to, as there was no missing that very obvious fact upon listening.

Nevertheless, netizens jumped on the self-proclaimed boss. The controversy pulled him out of obscurity, and after calling everyone who complained about his plagiarism racist, he finally credited T.O.P. and YG Entertainment. How many people knew Alabama as anything other than “somewhere in the US South” before this controversy? Although he’s faded back into obscurity, Alabama had a sweet two and a half minutes in the spotlight because of his involvement in an international controversy.

As a cribber of K-pop, La Materialista finds herself in growing company. Hallyu shows no signs of cresting anytime soon, and perhaps the emergent phenomenon of K-pop being plagiarized is evidence of a global appreciation for the music of South Korea. After all, imitation is the sincerest form of flattery.