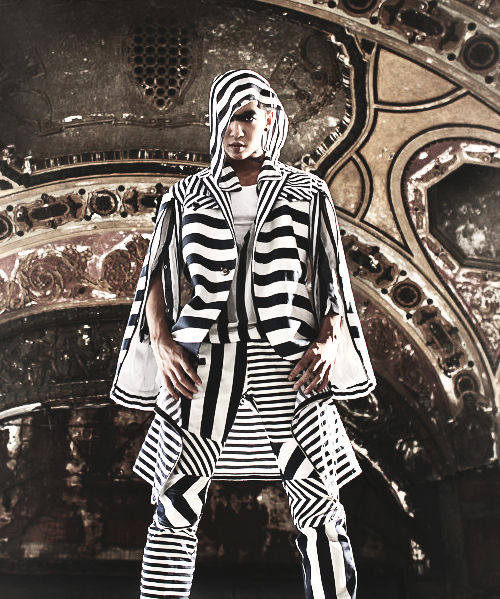 When Bang Yong-guk attributed criminals on the news as his inspiration for B.A.P’s “Badman,” it set an expectation that the song and MV would add to their social justice-flavored repertoire. Since many K-pop groups do not publicly declare their desire to raise awareness on heavy topics, when a group intentionally does so it’s exciting and laudable. However, as with any social justice piece, we must ask what is it raising awareness for, and is it effective? Overall audience confusion suggests that the “Badman” MV did not succeed at raising awareness on crime, which is a large and unspecific theme to begin with. The video’s biggest problem is an unclear message, coupled with highly charged, layered images that require more unpacking and consideration than the MV shows.

The video overloads with flashing images, comprised of three sections: the riot scene, the dance shots, and the interspersed scenelets. The riot is the main feature, with angry rioters and authority figures. While the lyrics encourage confrontation, the brutality and decayed imagery, such as the mangled teddy bear next to the word “STOP,” are not-so-subtle signs that the fight is fruitless. Everyone dies at the end.

Except for B.A.P. The boys are passive in regards to the vague storyline; they’re geared up for a fight, but don’t actually participate or do anything to stop it. This makes it feel like they are voyeurs in the situation. Given the inspiration (i.e. the news) this voyeurism makes sense. However, it also seems like B.A.P are outside the situation, further disconnecting them from the people in the video, even though they’re singing from the badman’s point of view. The clearest message drawn from the main arc is that crime and violence are messy on both sides, which is not a new statement from B.A.P or elsewhere. With all the build-up and provocative imagery, the MV felt like it should’ve provided more insight.

Another confusing part of the MV is who the criminals are. If this is supposed to be a statement on crime, who are the “bad men”? Are they “bad” or just misunderstood? What constitutes a criminal? Who does society view as criminals? There is no illustration of causes, personal motivations or media representation, all of which would have been more effective at saying something substantial about the umbrella topic of crime. 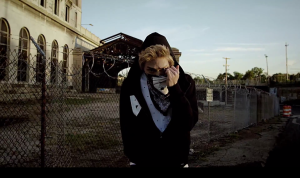 The MV was filmed in Detroit, presumably because the city is infamous for being dangerous and broken-looking. However, while Detroit is associated with those and other depressing things, its complex history also shows perseverance and determination, and despite its reputation, there are emerging centers of redevelopment in the city, both on a grassroots level and with controversial gentrification.

Considering that both “Coffee Shop” and “Hurricane” referenced their locales, choosing Detroit seems to indicate a deeper meaning, yet the video shows the city in its most superficial light. We see lots of decay, angry people and rioting. If they chose Detroit to show how complicated and often misrepresented crime is, that would be a perfect use of setting. Instead, we have an MV that shows a one-dimensional view of Detroit and, if anything, that view is old news.

In addition, there are stereotypical portrayals of race in the MV, even if they are unintentional. While the racial breakdown on both sides of the riot seems equitable if one looks hard enough, there are prominent black extras in the video that fulfill uncomfortable stereotypes, most notably the two black men with the shady briefcase exchange. Without a more defined storyline we don’t know the intention of those images, but we can see the racial implications they make, especially given the history of racial tension in Detroit and the U.S. One could say that the black men with the guns are the only clear criminals in the video, which perpetuates a problematic stereotype already too present in the media.

Flipping the MV on its head, it may illustrate exactly what is wrong with the portrayal of crime on the news: quick, sensationalist reporting that makes certain groups of people out to be criminals. However, it doesn’t seem like an ironic MV, given that there’s no wink-and-nod moment, and therefore appears unthoughtful on multiple levels. 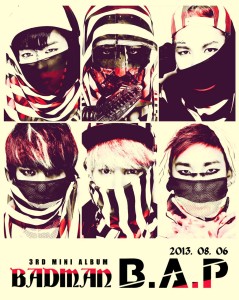 Despite its heavy-handed nature, the MV is well shot, if a little quick on the editing. It is also effective at showing brutal violence and degradation in a highly uncomfortable way; at least it’s clear that violence is bad in this video. It should be noted that while sometimes the random images are confusing, they might not be so random. Though the MV doesn’t delve into the complicated and fascinating Joe Louis “fist” monument, it stands out as a thought-provoking image, given that the viewer knows its history — otherwise it looks like an aggressive fist. The other images could serve to show daily life and indicate that these “criminals” are regular people too, but because the scenelets quickly focus on the briefcase exchange, the rest are overshadowed.

As expected, there is an exciting dance with cool-looking puppet choreography that promises to be even better live. However, because it is buried in quick scene cuts, it doesn’t take prominence. While the maknae-line gets an awesome dance break, it unfortunately seems unimportant in light of everything else.

The “Badman” MV delivers a generic, surface message and rehashes stereotypes without looking more carefully at its subject. While I do not doubt B.A.P’s good intentions, it’s important to remember that “Badman” was not the group’s sole effort, and they probably had very little say in the MV. The commercial K-pop machine is always at work, and the main goals for TS Entertainment are money, page views and increased fanbase. That is okay, but might not make the most effective platform for nuanced analysis of social issues.

Though a sharp-looking MV with an excellent singing and dancing performance, at the end of the day, I’m still asking, what is this bringing awareness to? 3/5.