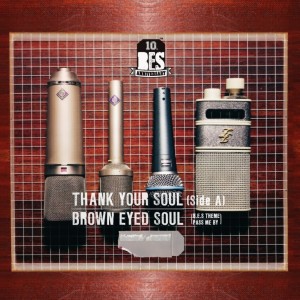 Brown Eyed Soul returns with their anticipated fourth album, “Thank Your Soul Side A,” featuring main track “Pass Me By.” As a group, they explore the spaces between R&B, pop, soul and jazz, using their polished vocals to discuss emotional subjects.

This ballad explores the feelings that remain after a relationship ends, referring to the impossible wish that a former partner could have just “passed you by.” Together with the accompanying MV, “Pass Me By” strikes resonant chords of melancholy through innovative combinations of vocals aligned with images of common objects and of ordinary people. The result is striking and memorable.

Images of everyday life and movement form the sites of the loneliness expressed through the lyrics and melody. The beginning of the MV focuses on three different images for five seconds each: a close-up of a button, a sleeping woman next to an empty plate, and a man at a restaurant facing away from the camera. For most of the shots in the MV, including these opening shots, an object or a person is centered at the middle of the image, with few objects in the background. The song begins with light accompaniment to the soothing vocal line, allowing the images space to breathe and bloom onscreen as the camera slowly zooms in. The viewer is forced to confront image after image that are too small to fill the entire screen and exposed too long to be passed over, and when combined with the soft musical intro, this gives the impression of singularity and loneliness. 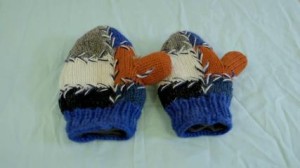 Partway through the video, images of duality and multiplicity begin to appear as the lyrics continue to lament a lost relationship. A pair of mittens with the thumb of one gently touching the other, two tennis shoes, brown and white eggs, and an arm wearing two white watches start to fill in the emptiness. Musically, the rare shifts from a minor key to a major key during the chorus also portray hope within reminiscence.

The musicality and message of the song are heightened by the theme of reparation. In one sequence, bandages fold themselves up and back into their box. Buttons feature in the video as well, and since they are used to mend and to sew, this subtly enhances the idea of recovery after a breakup. Though the song’s lyrics when read as a stand-alone might indicate hopelessness or despair, Brown Eyed Soul’s voices instead layer upon each other as the song progresses, with more instrumental tracks added as well, so that the effect is a strengthening of resolve. The speaker does not truly wish that their former partner had passed them by; rather, they search for a way to move on without forgetting. Eventually, the bandages return to their box, since they are no longer needed; by the end of the song, Brown Eyed Soul are singing without accompaniment.

That said, a few images do feel out of place within the video. These include the digitalized levels on the back of a drummer’s sweatshirt and the fireworks shooting out of a sheep’s posterior. While the absurdism of these objects is unique and fresh, it detracts from an MV that otherwise attempts to portray realism through understatement. 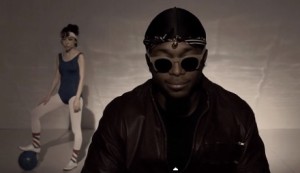 I also feel ambiguously about the representation of the black man in the MV. In some ways I think this could be seen as a step forward for K-pop in that he moves through different scenes much like the other characters in the video; he does not play into the negative, false stereotypes of black men as hypersexual, hypermasculine, or violent that we have seen in a few K-pop videos in the past.

However, in other ways his portrayal is definitely stereotypical. His presence can be interpreted as meant to add a “coolness” or “urbanness” to the R&B song by the way that he is dressed: in dark sunglasses and a leather jacket, unlike the other actors, and by his actions: he usually bobs his head to the music and not much else when he appears straight-on.

Brown Eyed Soul’s “Pass Me By” MV tackles common post-breakup feelings in an interesting, understated manner. In portraying regret and memory, I appreciate the elision of the obvious dramatic images of people furiously weeping in favor of the ordinary, daily struggles like remembering how to eat a meal by oneself.  The vocal lines also shine during the ad-libs, harmonies, and the a cappella ending, so that the visuals do not eclipse the music. Rather, the MV fits the complexities of the song, and ultimately “Pass Me By” is more than passable.