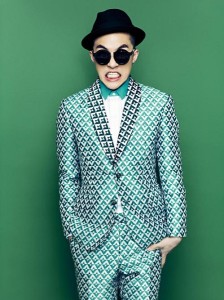 After featuring in numerous songs, Zion.T has finally released a full-length album of his own, titled Red Light. The album includes his debut single, “Click Me,” along with seven new songs, an instrumental of “Doop,” a director’s cut version of “Neon,” which is really just an elongated instrumental for the original track, and his song for Amoeba Culture‘s NOWorkend project, “Two Melodies” featuring Crush.

The album starts off with “O,” beginning with that soulful instrumental associated with Zion.T. The music attempts to mix a lot of sounds together, but in some of the sections, it ends up sounding more cluttered with all the clacks, extra vocals, and added synthesized noises. But when it does calm down, such as during the repetition of “flash” and the chorus, the sounds meld together nicely. The lyrics convey simple directions from behind the camera to she who is in front. It’s all sensual, which contrasts, not exactly in a good way, with the actual song.

Second in the line-up is “Doop” featuring Verbal Jint. In contrast to the previous song, this one is much cleaner, clearly focusing on the vocals of the two. Though it’s about three minutes longs, it feels like it’s much shorter because a lot of is it taken up by the repetition of “doop” and the instrumental. However, in some of those instrumental parts, the song drags, those areas seeming unnecessary. A quick look at the lyrics makes the song seem like a song for the sake of singing a song, a bit nonsensical but generating enjoyment from the string of words together.

Third is “Dodo.” The title refers to a person that’s confident and a little hard-to-get, fitting right in with the content of the song. The start is simple with some snaps and vocals before mellowing out to include some soft guitar and piano. The song moves along more than the previous two and has a combination that works the best thus far. Taking the break specifically for the guitar was a nice touch, and it lasts until the end of the song.

“She” features Beenzino and provides one of the more clearly upbeat tracks. Some of the melodies and sounds make give it a throwback type of sound. Beenzino’s more rhythmic and lower-pitched rapped matches well with the music and Zion.T’s voice. It’s a solid jam and a highlight of the album.

Next is “Neon,” which from the start promises to be an interesting track. The startling sounds sound a bit similar to those in “O.” The track provides a greater range of vocals: it starts with the unexpectedly low before reaching much higher and moving everywhere in between. The song comes across as a real trip–in more ways than one if the lyrics “Take me and play with me/ Make me not able to come to my senses” are anything to go by–with the sounds and voice manipulations oddly working well together. The song clocks in at just some over two minutes, making it the shortest of the bunch.

Six songs deep, and it’s time for the title song: “Babay” featuring Dynamic Duo‘s Gaeko. It’s a sequel of sorts to last year’s “See Through” from Primary, also featuring Gaeko. As a title song, this is probably the type of sound expected from Zion.T, and it’s one that he excels in, successfully exceeding any expectations. The song plays with lovely R&B and hip-hop influences, starting off smoothly with piano before adding strong and bright beats. The lyrics tend towards the more romantic side, which adds to the song’s appeals. The simple chorus is catchy, and Gaeko’s rap fits well into the structure of the song.

“On Na Na” or “Global Warming” featuring YDG (Yang Dong-geun) has strong reggae influences and brings a different flash of color to the album, demonstrating what else Zion.T’s voice fits. The almost drunken-sounding rap by YDG, not unlike his normal type of rapping, suits the lazy beat.

The NOWorkend track, “Two Melodies” featuring Crush, is one of the more soulful tracks of the album. Crush’s more wholesome sound adds another dimension to the sounds. The song is one of most cohesive within itself and has good progression and expression.

Last in the album is a version of “Click Me” featuring Dok2, Zion.T’s debut single from 2011. Differing from the other tracks on this album, “Click Me” plays more with strings and more classic sounds to create a very musical track. If anything, it shows how his sound has grown from the basics to incorporate more experimentation in the music he presents. 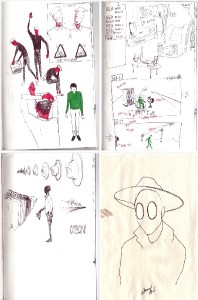 What’s really nice about Red Light is its structure. The album works to act as a soundtrack of a movie titled Red Light. That’s most visible in the content of the lyrics. There’s a progression of admiration (starting with “O”) to expressions of attraction and seduction (“Doop,” “Dodo,” “She,” and “Neon”) to a relationship (“Babay”) to breaking up (a bit of “Global Warming” and “Two Melodies”) to being back at square one with “Click Me.” It’s very neatly done with multiple ventures into a variety of styles, some more successful than others.

Sticking to something more familiar definitely produced solid tracks, as shown by “Babay” and “Two Melodies.””O” and “Doop” are probably the weaker songs of the bunch while “Global Warming” and “Neon” were unexpectedly good, especially as the former is one of Primary’s first attempts at the reggae bit. But as a whole, the album reads well and as a solid body of work.

What are your thoughts on Zion.T’s first solo studio album? Any favorites? How about dislikes? Leave a comment with what you think!