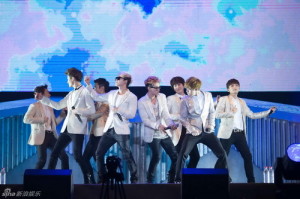 In the first part of my Super Show 5 article, I quickly recapped some of the more unorthodox and arresting performances during the tour, as well as discussed the idea of constructing the entire set-list around being a complete fan-group experience.

As mentioned in Part I, the setlist for Super Show 5 contain a refreshingly large amount of songs straight out of Super Junior-M‘s discography. Granted, it’s only four, but compared to the only one song they performed during Super Show 4, it’s already four times the regular amount of SJM songs. Two of them, straight out of the B-side of Super Junior-M’s latest album, Breakdown. On top of that, Henry and Zhou Mi both participated in several performances that were conventionally performed with only the main group members — including “Sunny,” “Wonderboy” and “Show Me Your Love.” Although to a unknowing observer, this may not be a big deal, anyone whose been following Super Junior knows what progress this is in terms of where Zhou Mi and Henry stand within the main group. Sure, it may have taken a better part of five years to finally get here, but better late than never.

Although they’ve been baby steps, the introduction of Henry and Zhou Mi into mainstream Korean Pop and as members of 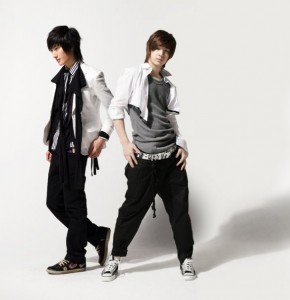 the ‘Super Junior‘ brand in Korea have been more than evident as discussed by Amy and Patricia in Seoulbeats Chat Box. Eunhyuk and Shindong have both openly acknowledged the regret felt that Henry and Zhoumi were both unable to as actively participate in Super Shows along with the rest of the members during the Naver live chat:

Eunhyuk: “Actually, during all this time, it was a pity. In Zhou Mi and Henry’s case, there is something that everyone needs to understand. They are always here at the concert venue, they come and they wait for a long period of time in the waiting room. It is such a long time that, when they appear for awhile on stage and they go back and wait for a long time again. These two friends actually have a lot of passion on stage, it is a pity that there are not many chances to perform together.”

Considering the large controversy surrounding the inclusion of the two in the main group amongst the ELF fanbase, for Eunhyuk to openly, and on a live broadcast, state his displeasure at the past can be seen an overt declaration of moving beyond any stigma towards what’s best for — not only Henry and Zhou Mi — but the group itself. Although members leaving doesn’t necessarily call for Super Junior’s immediate disbandment, it does call for progress to occur within the group. Despite Yesung leaving for the army this May, hence crippling Super Junior without one of it’s powerhouse vocalists, they still have two more great ones at their disposal, as well as an array of members to continue on promotions. When half of your main group is missing, and you have two perfectly talented individuals such as Henry and Zhou Mi who are probably unemployed half the year, the next step is obvious. Super Junior may be soon missing four members, but Super Junior M still has its (alright, arguable) youth in tact. 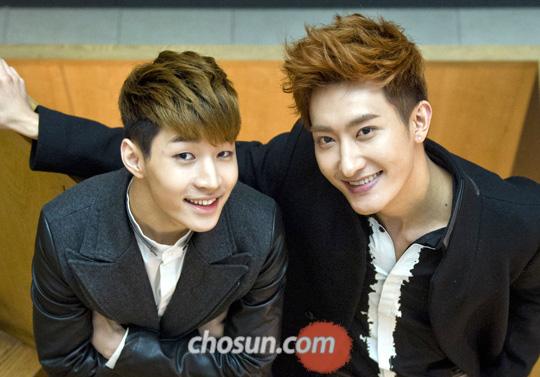 Although the addition of Eunhyuk and Sungmin was seen as superfluos by many, me included, after much thought it’s also very logical of SM. It’s sometimes forgotten, but with the exception of Hangeng who was in place due to his Chinese background, the Super Junior subgroups were split based on age. Eunhyuk and Sungmin were both the youngest members not in Super Junior-M. The two of them aren’t due in the army for another year, two years at the most — and if SM plans to group the later army enlistments together, they will most probably be enlisting alongside Siwon and Donghae. They aren’t useless performance wise either, even if their lack of knowledge in Chinese renders them so.

However, if SM does decide to push forth even further with introducing Super Junior-M in Korea, it’d be an apt way to have most of the active members who are still mildly invested in performance, continue to be able to promote music. Being a eight year idol group this year, Super Junior can ride on a relatively sturdy fan-base, and don’t need to resort to constant and intense promotions to stay in the limelight. It’s essentially a perfect way to continue activities as a group to sustain fans, as well as giving the members space to explore their own options and continue their careers to their individual whims.

However, this is only if SM dares to be audacious with how they introduce Henry and Zhou Mi into Korea. There’s no doubt about it, there are still some nay-sayers amongst ELF, but the backlash against the HenMi backlash gives me hope. It’s an idea that does require a fair amount of initiative, something that hasn’t been particularly showered on Super Junior as of late, but I do think it’s an investment worth making. As eight year idols, it’s perfectly understandable that some Super Junior members have become jaded of the idol life — that however, does not mean they want to completely forego being able to promote. The biggest advantage of all though is that finally, after four years, Henry and Zhou Mi will both be able to promote fairly and openly in the country they both intended to début in anyway.