Yesung Takes His Turn for Enlistment 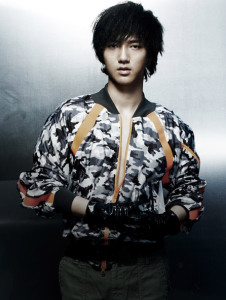 That’s right, Yesung is the next Super Junior member to enlist in the army, and it’s happening on May 6th! Although we’ve been forewarned about his upcoming enlistment, the announcement of a set date finally gives me an indication of where to mark my large X’s and ‘OPPA WHYs’.

Although not nearly as popular as Heechul amongst the ELF fanbase, or as recognised as Leeteuk amongst the general public, Yesung’s departure for the army certainly won’t go unnoticed. As a member of K.R.Y, his raw talent and theatrical voice will definitely leave a big hole in terms of Super Junior’s calibre. Yesung will still be carrying out most of the group’s activities until the time comes for his leave, but with the exception of the South American leg of the Super Show 5 tour, due to rules that forbid from leaving the country for extended periods of time.

He’s also chosen to follow in Heechul’s footsteps and leave for the army quietly, without a large send-off party waiting to shower him with fanfare on his enlistment date. A comparatively humble decision straight after Leeteuk’s send-off gala.

Yesung will be undergoing four weeks of basic military training from the 6th of May, and then continue to serve 23 months as a public service officer. All the best Kim Jong-woon! Lest we forget: