Delight for Your Ears 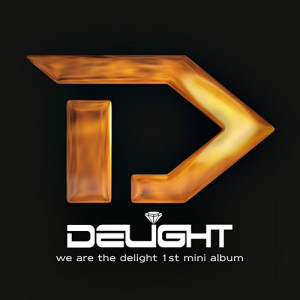 With the current trend of rookie girl groups leaning away from the typical aegyo-infused style and toward a tomboy edge — first GLAM, then D-Unit, and now GI — each group has to try harder than the last to set themselves apart and not seem like a copy of the previous. New electronic/hip-hop foursome Delight does just that.

On April 2, Delight’s self-titled EP dropped amidst much hype. One part 2NE1 and two parts Block B — appropriate since their lead single features a rap from P.O — all four members rap, and they are all good. Excellent rap skills paired with powerful vocals make them a force to be reckoned with right off the bat with their debut album.

The aptly titled track “Intro” gives us a taste of what their music is like: electronic hip-hop. It’s pretty straightforward. It’s heavy on the synthesizer and percussion, but the dubstep, laden with plenty of bass drops, is the attention grabber (when is it not?). The song starts slow with simple chords but surprisingly hits the right balance with the dubstep in it, especially after the first couple of drops. Even though it ends rather abruptly, it is an introductory track.

With lyrics about how great they are, “Delight Time” shows that they definitely have the chops to brag. The track starts with a simple beat and a synthesizer so subtle that it is almost not even noticeable, all under a slow rap. The rather simple bridge of ho’s with nothing but a drum works perfectly, and when the song reaches the chorus, it really hits its stride with a faster beat and vocals reminiscent of American girl group Danity Kane. The song progressively builds, the raps faster and the layers more complicated, all packing a sharp punch. My only qualm with the song is when the chorus comes around the second time. They insert a long, bullet-fast rap before it that would normally be phenomenal but instead falls flat following such a deconstructed bridge.

The strangely titled “Mega Yak” may be the single off the album, but the song was not the best choice to grab new fans. The track starts off great with a subdued rap then going straight into a short verse and back into another rap, a great back and forth. Even the bridge is nice with stops in the music broken up with whispered lines. But when it hits the chorus, it gets to be too much with powerful vocals overlaid with excessive yell-rapping. The first time around it’s okay, but after it repeats multiple times throughout the song, it becomes abrasive, especially for the average k-pop listener. 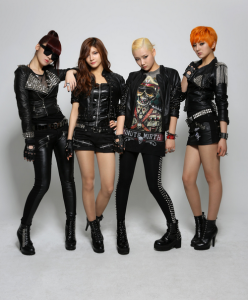 The use of P.O seems to be more for building hype since he is from an already established group than to actually go with the song. His gravelly deep rapping make the girls’ voices sound whiny after, and it really detracts from the song whereas the version without him — also featured in the album — fills that gap in with a dubstep dance break, which is a nice breather from the constant staccato rapping thrown at the listener. I would much rather have heard Zico featured on here as his rapping style matches perfectly with theirs.

The last track on the album “Paradise” really lets Delight’s vocal talent shine. The track is somewhat slower paced and allows each member the opportunity to sing instead of shrouding them with layers of rap. It blends the two well though I wish that the chorus was a bit faster and not so evenly matched with the verses, making it a little bland. At least, the dubstep break speeds up with all the rapping and gives it more variety. While the song is not as upbeat as “Mega Yak,” it is definitely the best track off the album, striking the perfect balance of rap and vocals.

While the EP is not perfect, it shows that Delight has talent. They’re not the best of dancers — evidenced in their MV and debut performances — but they can sing, and they can rap, which is their selling point. Those skills matched with their defiant attitude and distinct style set them apart from other groups. The girls have no fear in letting everyone know that they are here to stay. For a debut album, Delight is quite the delight for your ears.