BtoB is Back With a "Second Confession" for Spring 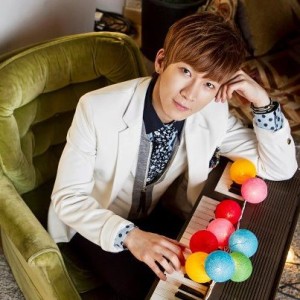 Spring is officially here and so are all the lovey-dovey K-pop comebacks. Infinite’s “Man in Love” and K. Will’s “Love Blossom” set the tone for the season and BtoB’s comeback “Second Confession” fits right in with these other happy-go-lucky, brightly colored MVs. “Second Confession” is a single released on its own, not part of a larger album or mini, but hopefully it will assuage BtoB fans’ desire for a full-fledged comeback. This MV combines a number of concepts, not sticking to a detailed plot, or exclusively doing fan-service, or just having dance sequences. Luckily, instead of this mish-mash of concepts making the video feel choppy it gives it a more sincere feeling and allows for more fun and humor than your typical K-pop romance MV.

The set-up of the video is sweet, someone writing a confession letter while listening to people talk on the radio (having it be Minhyuk was a nice touch). From this simple plot point there were lots of ways they could have gone with the MV: a full on drama plot where it chronicles a guy confessing, idols dancing and confessing to the camera, or guys walking around in a city being love struck with no real direction. Instead of picking just one of these concepts to stick with the director decided to do all of the above in one. Normally, I would complain about how disjointed it makes an MV to have multiple concepts, and when “Second Confession” switched from having the focus be the unmarked letter to having the focus be Sungjae’s fan service I was a little worried, but that shift in focus is what ended up making the MV special.

While the concept of having the letter switch hands throughout the video with the members passing each other was cute, but it is also far too similar to Infinite’s recent MV and would have ended up feeling overdone if BtoB had done that. By bringing direct contact with the camera into their MV, BtoB was able to show off their cute side in a way that was relatable for the viewer as opposed to being based solely on an obscure relationship with a female character that barely appears. Sometimes having a loose story line is almost worse than not having a story line at all, so although the concept of the letter was nice, the interaction between members and the camera in this MV was what helped keep it engaging. 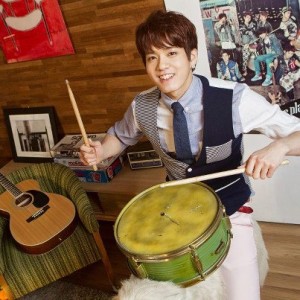 The members playing to the camera also allowed for an injection of humor into the romantic theme, which fits the upbeat attitude of melody and BtoB’s personality. A good example of this was Sungjae stealing and eating the baguette in his scene with Hyunsik. There isn’t anything particularly romantic about that scenario on its own, but in the MV it came across as cute and playful which in turn made it fit perfectly with the MV’s theme. Another example is Minhyuk’s interjection of “Oh, it’s a green light!” which added a comedic moment to the MV, but was also followed by an immediate shift back into shots of the members walking around the city. This transition back to the common theme of the members walking made is so the humor didn’t feel out of place in the larger theme of romance in the MV. These smooth transitions kept the MV from feeling disjointed or choppy despite the constant switches between members and camera focus.

When they MV changes focus to the whole group playing instruments together the cute humor continues. The décor in the room had a vintage 1950s feel which matched up with the typewriter and antique radio from the beginning. The outfits the member’s wore also fit well with the vintage theme and the muted colors used for the props. The great thing about BtoB in this MV is that they don’t seem completely fake, which is an issue many “cutesy” MVs have. The demeanor of this group outside of music promotions is playful and they are known for their fan service, making their actions in this MV seem more like their usual behavior as opposed to something the director ordered. 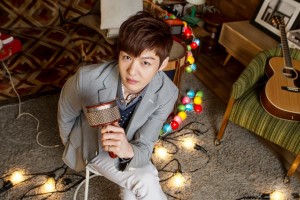 Although some of the musical techniques in the group scene were questionable, I can confidently say that Hyunsik does in fact play the guitar, Eunkwang can play the piano, and Ilhoon does actually DJ. More importantly, jumping up and down on a couch banging pillows together is absolutely similar to what maknae Sungjae is usually doing. There is a slight issue with the editing with this sequence, however, as Minhyuk switches between holding a ukulele and a robot every other line he sings for a good portion of it. This is a small issue however, and not uncommon in K-pop MVs this season (see Myungsoo’s ice cream cone in “Love Blossom”).

In the end, the instrument scene came across as endearing. It is hard to pull off a scene in a MV where the members are all confined to small space because of the restrictions it puts on their movement, but between the choreographed playing of instruments and the moments when all the members froze in place it was yet another situation that could have been boring but wasn’t. Also, the instrument scene is when Peniel delivers the most poignant line of the song, “I’ll be your shoulder strap and you can be my backpack.” This is either the cutest statement of all time or the most stupidly corny pickup line ever, take it your pick. 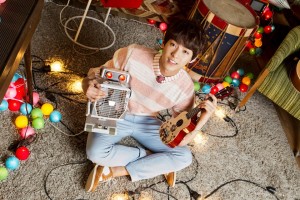 There isn’t much of a dance to speak of in the MV, but that is probably because they chose to do other things with the time. There are a couple of group moments where the members are dancing around a little but they don’t stand out nearly as much as the solo shots and the group shots in the instrument room. However, someone should tell Peniel that just because he is rapping doesn’t mean he needs to have his hand up in his crotch. Although that is a common occurrence for hip-hop choreography it isn’t necessary or appropriate in a cutesy romantic MV.

Although the MV certainly has its strong points the song itself is somewhat lacking. It is catchy enough and has the right spring feeling to the melody, but it doesn’t have a hook to make it addictive. The cuteness of the MV overshadows the song which, although not the worst thing in the world, isn’t a good way for a group to gain lasting popularity or win awards. There were very nice moments in the song but they were spaced out between lots of filler. This isn’t the fault of BTOB, who execute the song perfectly both in the MV and live, but rather the fault of the producer for picking a generic song. On the bright side, the parts in the song were fairly evenly distributed among the seven members, avoiding the unfortunate problem ZE:A5 had in their spring release. 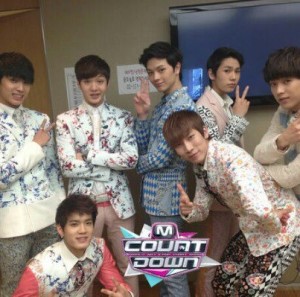 This was a strong MV release, even if the song didn’t quite make it in comparison. The MV managed to be stereotypically romantic and humorously cute at the same time while including the audience in the atmosphere as well. Now if only their music show outfits didn’t look like the suites from Boyfriend’s “Love Style” era. Overall rating: 4/5

What do you think about BtoB’s comeback? Does “Second Confession” embody spring for you?