At The Crossroads With C-Real's "Sorry But I"

Did anyone else finish the title of C-Real’s comeback track with the words “Love” and “You”? 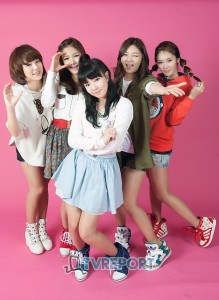 C-Real is a five-member girl group from N.A.P. Entertainment, who debuted in October of 2011. Prior to their debut, news outlets had referred to them as the “five-member IU” because of their strong vocals, but they soon got swept away in the onslaught of rookie groups in 2011. They had a comeback in earlier this year in March with “JOMA JOMA,” and have now returned with a follow-up track, “Sorry But I.”

The song itself is very sweet-sounding and laid back, and the girls’ vocals are quite impressive, considering the average age of the group is seventeen. This brought hope that their MV would match the feeling of the song, something that does not happen in K-pop often enough (see Hyuna’s “Bubble Pop”) 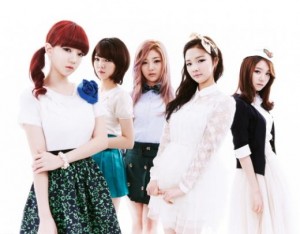 The storyline is very simple: each of the five members are at the turning point of their relationships with their significant other, deciding whether or not to confess their feelings for one another. The girls are hesitant at confessing and the MV becomes a representation at their inner struggles to say the three magic words. It’s simple, sweet and it’s the best plot for a girl group where all the members are around seventeen years of age.

In comparison to their other MVs, the stalkerish MV for “No No No No” and the diabetes-inducing MV for  “JOMA JOMA,” this was the perfect storyline to show off their vocals but at the same time stay to true to their age group. Although it drags on with the extended aimless walking, this MV is a great change from the standard aegyo oppa-please-love-me plotline that plagues girl groups. It’s what set C-Real back with their earlier songs and I’m glad that they’ve shifted away from it, for the time being.

Aesthetically, the MV is gorgeous. The lighting gives the MV a soft, feminine look and seems to have been shot on a beautiful, spring day, completely matching the tone and feel of the song. The girls’ outfits match the look of MV and gives them an air of maturity, a stark contrast to their childish mini skirts and overall dresses in “JOMA JOMA.” The MV as a whole looks sweet and gentle, and is not beating us over the head with bright colours and sugary sweet close-ups of the girls’ winking. Intellectually, it’s very basic but has a charming quality to it. The freeze frame of the boys is reminiscent of 2NE1’s “I Don’t Care” MV but helps us to see the girls’ inner turmoil. Even though it is an entire MV about girls struggling to confess to a boy, in comparison to the difficulties of adulthood, it’s just a drop in the bucket. But C-Real is comprised of teenagers, and their target audience is teenagers, and so boys and confessions are their biggest struggles — as it should be — for the time being and allows them to be more relatable to their target audience.

The best part of this MV is the girls’ acting, because they are not acting like caricatures of girls, with exaggerated facial expressions and overacting, they’re acting like real girls struggling with what seems like their first real relationship. This MV might seem boring to some K-pop fans, but that’s only because they’ve become accustomed to outlandish and flashy MVs. Those types of MVs are not necessarily terrible MVs, but they are more prevalent than realistic MVs in K-pop. 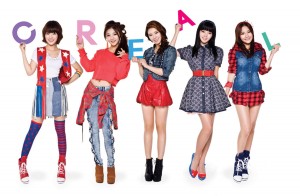 Once extravagance becomes the norm, it ceases to become something intriguing or exciting to watch. That’s why, in all its simplicity, C-Real’s MV is a sigh of relief.

This MV and song shows a lot of growth for these former rookies, which was not evident in their previous song and accompanying MV. Gone are the gimmicks and cheap aegyo, the girls are in their element, singing their heart out and acting their age. It’s not the greatest or most thought-provoking MV in K-pop, but it’s genuine and simplistic charm is what makes it a welcome change in an industry laden with extravagance and superficiality.

How did you guys think of C-Real’s latest MV? Did you love it as much as I did, or do you think C-Real still has a long way to go? 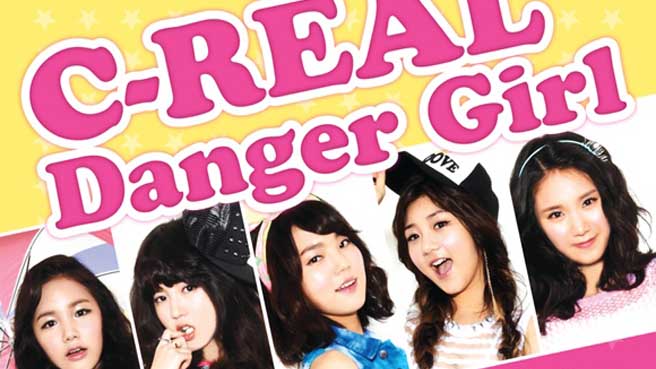